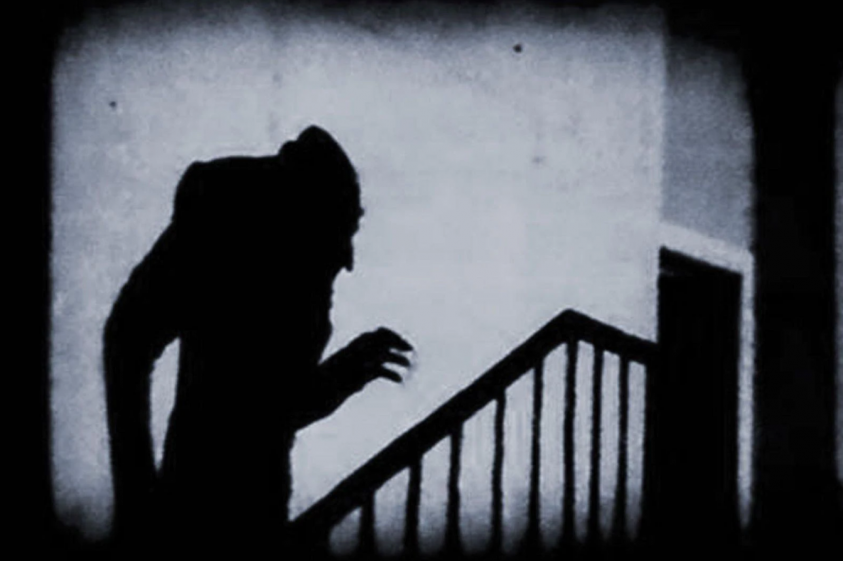 I am not really one to appreciate the cinematographic discipline in any great depth, the intricacies of a Carry On film or a Ben Stiller movie usually being more than enough for me to contend with.

However, I have made one glorious exception to my rebuttal of the finer points of movie-making over the years. My favourite film, Nosferatu***, was 100 years old earlier this year.

Released in early 1922 by German director FW Murnau, Nosferatu [the Romanian term for vampire] was launched with the subtitle A Symphony of Horror, and a couple of its silent, black and white sequences have become part of innovatory legend.

You might not remember Count Orlok and his skeletal frame descending the castle staircase in the shadows. You might not recall the glowing white carriage reversed out of negative to rattle across the rutted Carpathian cart tracks. But you will have seen them somewhere at some juncture in your life and that’s for sure.

Part of Orlok’s job description was to spread the plague in the mythical German town of Wijsberg.

You could be forgiven for thinking that somebody has taken on a similar role at Carrow Road after Tuesday’s plagued, pestilential, and downright pi$$-poor performance against Luton Town.

The malaise has infected seemingly every part of the club and the powers that be appear to do little to control the outbreak, let alone attempt to address it.

Our injury roster since Saturday has expanded to include Andrew Omobamidele [ankle], Sam Byram [unknown], Kieran Dowell [chest], and Josh Sargent [knee]. We will also lose Kenny McLean to a three-match suspension after receiving a straight off-the-ball red, about which it must be said that we’ve all seen them given.

We cannot string two or three passes together and what spirit there is seems as misguided as not. There are rumours abound of things not being right at Colney and what we get from the Club in terms of information and explanation has thus far been derisory.

Maybe we’ve borrowed this malaise from a 100-year-old silent vampire film. Perhaps it’s an import from modern party politics. But the one thing I can say for sure is that this is by far the biggest disconnect many of us have felt from the club in many moons.

Tuesday’s game arrived on the back of a few choice comments from both Dean Smith and Stuart Webber, with Smith saying:

“I am always self-critical. We come up with a game plan for each game we choose. I ask the coaches their opinions on teams, and then I make my decision on what I believe is the best team to win. That’s the only way you can improve.”

I’m not honestly sure exactly what improvement I’ve seen this season Dean, let alone the precise dates I witnessed it.

Naturally, Webber had to trot out one of his clichés, which I hope is not too kind a word for this type of thing:

“Ultimately though, [just] six wins in 50 Premier League games meant we needed to change our approach to Premier League football. We welcomed Dean Smith as our new Head Coach in November and although he had a good initial impact, ultimately injuries and a loss of form cost us our Premier League status.“

One quick mountain-moving change of tack later and we were told:

“We have started the next phase of our training ground development, with building work underway for the installation of a state-of-the-art recovery centre, which will include a swimming pool with a moveable floor, an underwater treadmill, hot and cold water plunge pools, and a steam room.

Now, where have I heard this kind of omniscient “who cares about first team squad integrity when you’ve got a steam room coming down the tracks” style of theorising before exactly?

I don’t know about fellow MFW readers but I’ve had enough of being patronised by certain people working in lofty positions at NCFC. I guess it’s what happens when they get to create and print their own job descriptions – nowhere but Norwich. (More below).

*** Read into this what you will but legend has it that the 1922 production of Nosferatu was roundly and soundly cursed.

The production company, Parna, were sued for copyright by Dracula author Bram Stoker’s widow. Murnau himself died in a suspicious road accident while being driven by his underage Filipino houseboy and it was more than casually suggested that Schreck was a real vampire, something as difficult to disprove as to prove in those days of course.

Schreck himself died suddenly immediately after a stage performance. He was 56 years old.