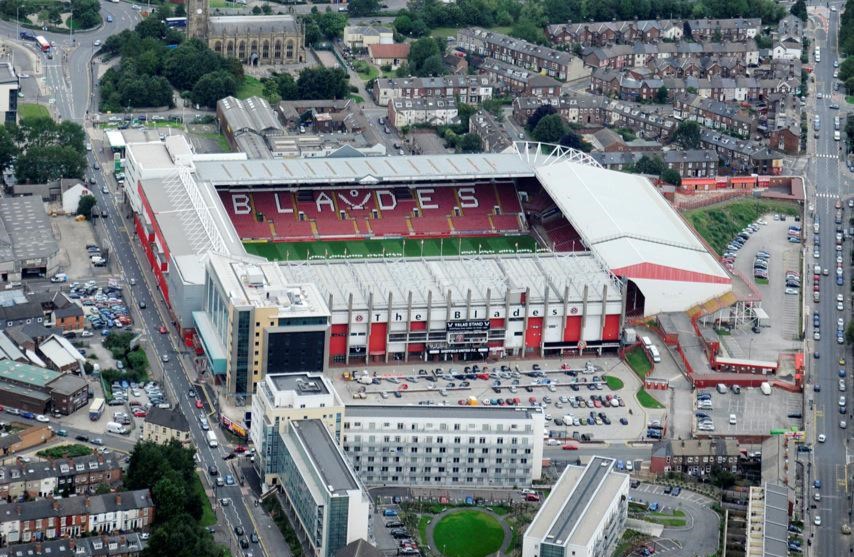 After the lacklustre performance against Luton Town in midweek, Norwich City travel to Bramall Lane in a top-six clash with Sheffield United this Saturday.

Both sides come into this fixture having lost their last game 1-0 – City losing to the aforementioned Luton and the Blades losing to Coventry City.

The last time we collided with the Yorkshire side we lost 1-0 at Bramall Lane to a Billy Sharp goal, just one week before the entire country went into lockdown due to the pandemic.

We have also failed to win at Bramall Lane since 16th September 2017 when Yanic Wildschut (now at Oxford United) scored one of his two goals for the club.

Quite a lot has changed since our last meeting with Paul Heckingbottom’s side – including the two managers in the dugout that day who have both gone on to other projects at different clubs.

So let’s take a more in-depth look at this top-of-the-table six-pointer.

We looked dismal against Luton. Very few people would say otherwise. There seemed to be no clear game plan or show of desire from our players to grab the game by the scruff of the neck. But this game is arguably the best one to change that, especially when you only have one win in your last eight attempts.

We lacked so much creativity. No player seemed to know what to do when offered an attacking chance and pumped the ball long at any given opportunity. It hasn’t worked before, so why would it now?

If City do win this game, Dean Smith will be sending a huge message to the fans and the rest of the league saying, “we’re still here, don’t you dare write us off just yet”. For the sake of his job, I hope that’s the case.

Sheffield United looked spectacular in the opening month of the season but of late, they’ve been in a poor run of form, having not won in their last five league games – only scoring five and conceding nine.

If anything, this is the perfect time to play them. But have we got it in us to win this game?

There’s cause for change in both sides this weekend, but let’s see what I’d go for as opposed to what Smith and Heckingbottom will pick come tomorrow afternoon.

I’m expecting the Blades to make just one change from the starting eleven that lost 1-0 at Coventry – James McAtee to start as the left wing-back over Rhys Norrington-Davies as he picked up a hamstring injury just 11 minutes into the game.

They are also without many key players such as Enda Stevens, Sander Berge, Jack O’Connell and goalkeeper Wesley Foderingham. I don’t know about you, but seeing that gives me a bit more confidence.

I’ve switched up the formation from Dean Smith’s 4-3-3 and I would like to think he makes some changes to add a bit of excitement to his team.

I’m expecting Ben Gibson to start again as Andrew Omobamidele is out until the World Cup, Dimi Giannoulis to make his first start back from the injury after Kenny McLean’s red card, Isaac Hayden to get his first start for the club, and Marcelino Nunez to return to the starting eleven.

After all, that’s the main thing we lack – a bit of flair and a player who can turn the game in our favour on a sixpence.

I’d be more than annoyed if I see Josh Sargent wandering off to the right-hand side whilst Teemu Pukki watches long ball after long ball get hoofed up to him to no avail. It’s like trying to win a boxing match against Floyd Mayweather with one arm tied behind your back – it will never work.

Almost every City fan is crying out for Smith to start Sargent centrally alongside Pukki. After all, he is the league’s top scorer and I doubt his relationship with Pukki is a toxic one.

Despite my earlier confidence, I can’t see us leaving Bramall Lane with three points. Even just one point could be considered a good result given the fact the Blades have only lost at home once this season. Especially if we replicate Tuesday night’s disaster class.

The home crowd will want to make this game difficult and ramp up the atmosphere to cause our players to make plenty of mistakes. Something that’s quite likely.

The pressure is on both sides, however. Two sides who are in poor spells of form and are desperate for three points in one of the biggest games of the season so far, which the result may well help shape their final league positions.

So, would you make any changes to my starting XI? And do you fancy City picking up all three points at Bramall Lane?