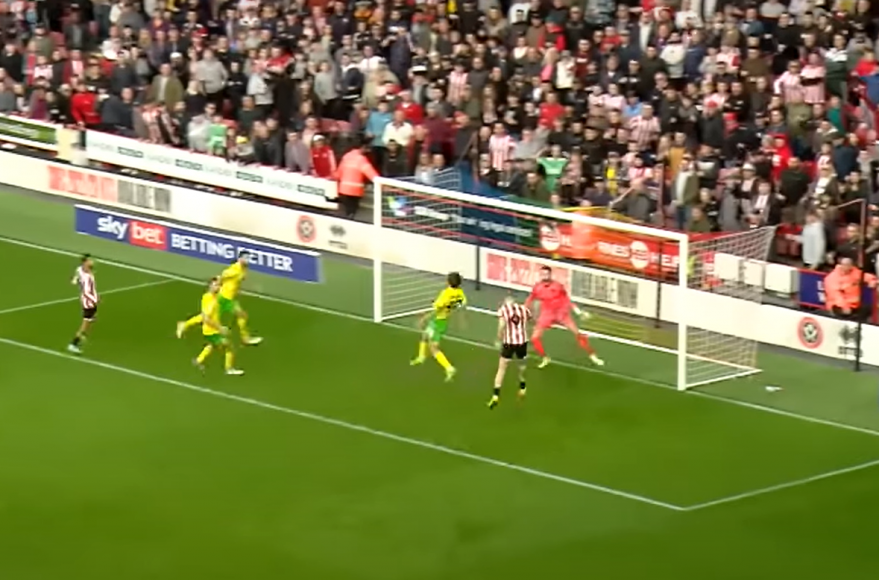 If you’ve not seen Robin Sainty’s EDP column of yesterday, then I strongly urge you to give it a read. As ever, he nails it and one sentence, in particular, stood out:

“What should be a pleasure is becoming a chore for many and that’s not good.”

Too right it’s not good, but it’s absolutely true. In fact, I’d suggest ‘for many’ could be swapped with ‘for most’.

And even amid the small steps forward we witnessed yesterday, and the moments of excitement within the 97 minutes, that overriding sense of apathy remains.

I didn’t feel as devastated and gutted as I should have when Teemu Pukki’s weak penalty was saved by Adam Davies. Nor was I out of my chair when Angus Gunn made that brilliant save from Oli McBurnie in the dying seconds to earn us a point.

And, while I was of course delighted that City somehow managed to engineer themselves a 2-0 lead, that delight was tempered; partly by the fact I’ve seen that film before (and it doesn’t have a happy ending), and partly because of said apathy.

I never want to see City lose of course – and I deplore the sentiment (as evidenced on Twitter yesterday) that a City defeat is deemed a price worth paying if it edges Dean Smith closer to the exit – but the joylessness that Robin describes seeps from every pore of our club.

No excitement; no anticipation; no buzz; no more sense of belonging.

My uncle and I were talking before last week’s game with Luton about how, (violins at the ready) back in the day when we both played football at weekends, everything that happened in the week was a prelude to the Saturday afternoon. In fact, the working week was a mere distraction.

And when things are going well for City, the same applies to us as fans.

Work is again a mere distraction and idle thoughts turn to the next Norwich game. Who will make the starting XI? Will Carrow Road (or the City away end) be bouncing? Etc Etc.

But there is little of that. It is, as Robin describes it, a chore.

What should be fun is anything but. Even a high-octane 2-2 at Brammall Lane fails to get the adrenalin pumping. And that’s not right.

I don’t believe it’s just a Dean Smith thing, even if he and Craig Shakespeare have failed to connect in the way we would like. It runs deeper than a head coach whose team plays an uninspiring brand of football.

The disconnect runs like a golden thread through the club. From top to bottom. To blame just Dean Smith is, for me, missing the point.

Part of the malaise, which has been discussed at length here and on other platforms, is the prize for which we’re supposedly competing. But there is no alternative.

If a football club is not aiming to be the very best it can be, then what’s the point? Yet, if we were to be successful this season, then we’d be without any doubt at all exposing ourselves to another nine months of pain, misery, and brutality.

And why would anyone do that? Yet the club’s accounts produced in the week suggest that promotion is an absolute must.

So, we’re stuck in this footballing hinterland of wanting to win games of football because that’s what you do while knowing that if we win too many we’re probably, from a footballing perspective, going to end up wishing we hadn’t.

(And, before anyone says it, yes, it is an English football thing, not just a Norwich City thing.)

But this feeling of being in limbo, coupled with the quality of fare on offer makes for a toxic mix when you also chuck in the obvious disconnect between the club and supporters.

It is, I regret to say, a proper old muddle.

And to make matters worse, those buggers down the A140 are cock-a-hoop, and with good reason. For once, their joy unconfined isn’t just borne of our struggles. Instead, they now have a team to be proud of and a sense of togetherness that, right now, we can only dream of.

It shouldn’t concern us but, of course, it does. Human nature and all that.

After well over a decade in the wilderness, we shouldn’t begrudge them their moment in the sun, but that it’s come at a time when things are so unsettled and uncertain in Norwich City world just brings it all home.

But anyway … on the pitch, there were some positives – namely in the return to the starting XI of Dimi Giannoulis and Isaac Hayden – but as both tired so too did City’s chances of winning the game.

The first half was good in places – and it was great to see Teemu Pukki’s endless chasing down of keepers eventually pay off – but there was little good to come of the second as we again demonstrated our inability to control the tempo of a match.

The last thing we needed was for the Blades to get a foothold in the game, for their crowd to get involved and for it to become chaotic, frantic, and end-to-end.

All of those things happened.

A draw certainly wasn’t obvious grounds for pulling the trigger on the head coach, but the way the second half was managed – both on and off the pitch – did absolutely nothing to further his cause.

That last half-an-hour was a muddle – and a good representation of our club right now.