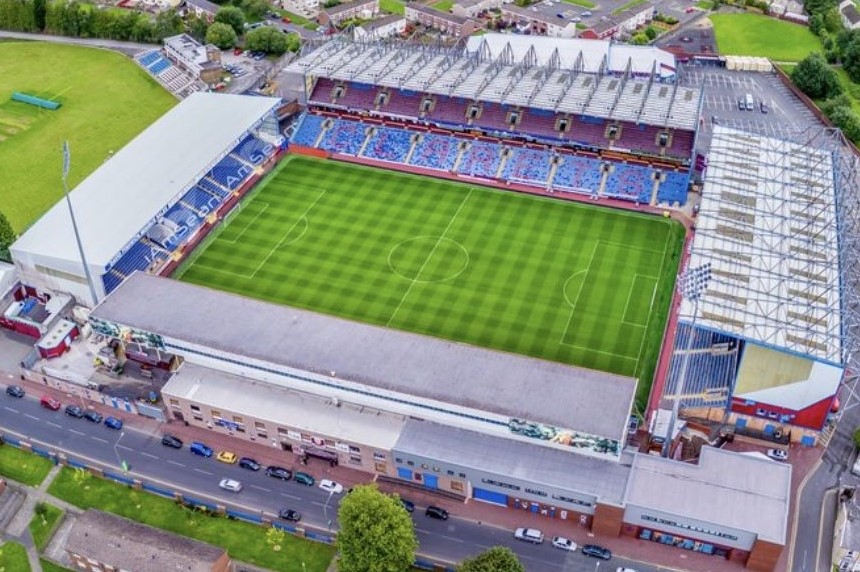 A quiet revolution has taken place down Turf Moor way.

Where once the Burnley faithful saw hoofing, now they see passing: that extraordinary phenomenon where one footballer uses his skill to pass the ball to another, the idea being that Player B then uses the same technique to pass to Player C and so on.

It’s a tried and trusted method of working the football down the pitch but one that was alien to Burnley FC in the period October 2012 and April 2022. Under Sean Dyche’s tutelage, the Clarets marched to a different beat.

And it worked for them.

Seven seasons of the Dyche era were spent in the Premier League and Turf Moor was known, even to the big boys, as a place that wasn’t fun for visitors. At times it was fearsome.

And even if teams knew what to expect, stopping it was an altogether different task.

The formula couldn’t have been simpler.

The names are interchangeable with but the gist remains.

And while it worked, Dyche was the man – admired outside Burnley for keeping a team in the Premier League on what, in comparative terms, was a shoestring budget; feted by those inside for performing what most saw as a footballing miracle.

Dyche had a run almost unprecedented in modern football and it only ended when the Championship beckoned – his departure coming with eight games of last season remaining with the Clarets four points adrift of safety.

His temporary replacement Mike Jackson – the club’s Under-23 coach – was unable to keep them up and so it was to Vincent Kompany they turned, with the former Man City centre-back having earned his managerial stripes during a two-season spell in charge of Anderlecht.

The revolution was underway.

Out went a host of big names who had Dyche-ball running through their veins – like Tarkowski and Mee – and in came some footballers, like Josh Cullen and Anass Zaroury.

The change in style was stark and almost instant, with Kompany wasting no time with a transition. It was straight into Guardiola-ball and after a few slight hiccups and a few too many draws, they now look like a team awaiting a return to the Premier League.

They have lost just once, are now up to third – just a point behind the leaders, QPR – and have a form guide that reads D-W-W-D-W.

At the weekend, in their 4-2 win at Sunderland – a game in which they trailed 2-0 – they lined up thus (thanks to BBC Sport).

And while some of the personnel have changed since the start of the season, the shape has remained. Interesting to note is that they still have a bruiser playing up top on his own (or at least they did on Saturday), albeit the supply to Ashley Barnes is a now a tad more sophisticated than it once was.

But either way, both on paper and on grass, it’s a side well-equipped for a promotion charge and an attacking line-up well-equipped to give the heebie-jeebies to most Championship defences.

It promises to be City’s toughest fixture of the season so far and not necessarily one you’d choose when you’re on a bit of a slide and have won once in your last seven.

But… there were some positives to emerge from the wreckage of the second half at Brammall Lane, not least a more balanced-looking side with a left-footed left-back (in Dimi Giannoulis) and a bona fide defensive midfielder (in Isaac Hayden).

Whether both (or either) have the capacity to play two games in the space of three days is doubtful, but in this morning’s presser, Dean Smith did reveal that Sam McCallum’s recovery is ahead of schedule and he may even feature in some capacity tomorrow night.

Who knows what the rest of the side will look like but we do know that Kenny McLean will still be out and that Todd Cantwell and Aaron Ramsey caught the eye in Sheffield. In a side that lacks creativity, I sense they are becoming increasingly key.

But Smith, for all the right reasons, was unable to give too much away:

“We are going to have to assess a few today. A few knocks and bruises.”

So, primetime Sky Sports it is tomorrow night, with a win both overdue and vital. The recent slump has seen us drop out of the top six and if your glass is half-empty we’re currently as close to first-placed QPR as we are to 16th-placed Hull City. If your glass is half-full we’re simply one point outside the playoff places.

The bookies don’t fancy our chances with a City win pitched at 5/2 with Bet365, compared to Burnley’s 6/5.

But, what do they know? Maybe with the flak flying and their backs to the wall, City will come out fighting.