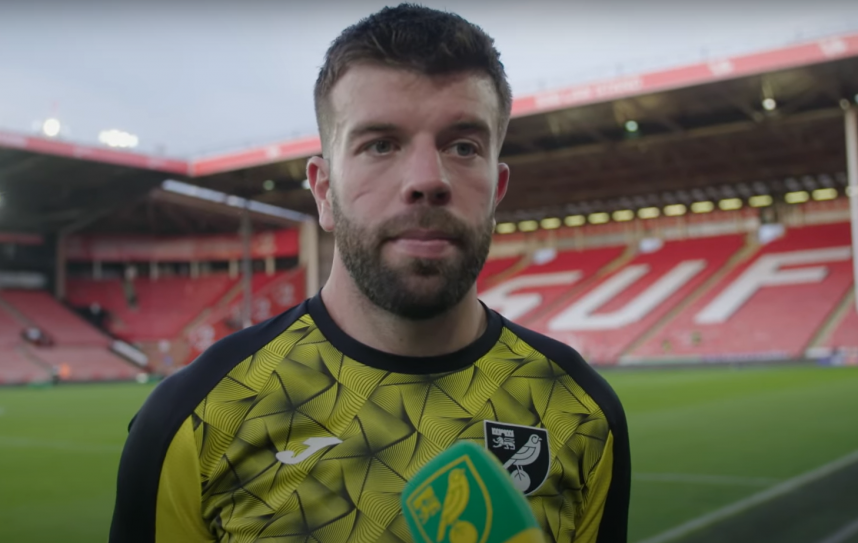 Malaise, apathy, inertia and ennui are four descriptive words that refuse to leave the sides of many Norwich City supporters this season.

They cling on like Winston Churchill’s black dog of depression, which faithfully but disastrously refused to leave his shoulders until it was well and truly ready before returning again and again with monotonous regularity.***

Gary led the MFW week yesterday with heavy citations of the subject and included the mention of a worthy article by Robin Sainty, who on this occasion used the Pink Un as his sounding board. Robin’s theme used a different word: he described the matchday experience as a chore.

A 2-2 draw at Bramall Lane is not normally to be sneezed at and the hardy 2,700 Canary souls who made the journey might have been slightly disappointed in the final score but will have been nonetheless pleased that we have stopped the canker of three straight defeats in a row.

There were circumstances that dictated why we did not win the game, some foisted upon us and others very much of our own making of course.

In the absence of Gabriel Sara [through some unidentified illness I have gleaned, although I’ve yet to hear anything official] we enjoyed a healthy total of eight corners. Each and every one came to a resounding nowt which surely has to be yet more food for thought for set piece coach [yes, we have one of these] Alan Russell.

Referee Josh made like he was another Smith too many. It took both sub Onel Hernandez and then fellow incomer Liam Gibbs to be grounded in the box before he awarded us the penalty we did get, ignored a blatant ‘last defender’ shove on Josh Sargent on the cusp of the box and contrived to let us beat the feisty, volatile Blades 5-2 in the “battle of the bookings”.

Teemu Pukki had the ball for the penalty simply because he was on a hat-trick. His body language had the aroma of impending failure and so it proved. To balance that though the goals he scored were just reward for sheer hard work – closing down the keeper like he did Adam Davies for the first is something he does a minimum of three times a match, every match.

If you happen to read this in Finland 1×2, please let me know what you thought of the denouement of the Pukki penalty. 😀

Dimi and Isaac Hayden did well to contribute what they did. The same performance level tomorrow night must be doubtful.

Appealing Kenny McLean’s red card against Luton was naive at best and fatuous at worst.

As was our lack of defensive presence at the far post for the Sheffield opener. This really is becoming an unwanted habit.

It took a terrific reaction save from the feet of Angus Gunn to deny the head of Olly McBurnie at the death and at least we didn’t roll over. That might be a small platform to build something from. Just what, I am not sure.

It wasn’t much over a year ago that I wrote this before our 3-0 defeat to Liverpool at Carrow Road:

“It was my first sight of L 0091 in what seemed like a lifetime but the emotion vanished as soon as it came – the place was heaving and I got to see some footy mates for the first time in a very long while.

“Mystic Kev of MFW commenting fame, Alan the Postie and possibly the most amusing trio you will ever sit in front of at any football ground anywhere in the world, Rob, Steve and Michael.

“Out came the flags, which we all had far more fun with than grown adults surely should, and then Andre Marriner blew his whistle and away we went. It was terrific to be back amongst the banter, it really was.”

Right now I couldn’t feel further away from those emotions if I tried. Sure the medication I am on is depressive – most of the considerably stronger stuff is I am reliably told although doctors tend not to care to admit it – but I felt just the same way in early August and I didn’t start the tablets until the last days of September!

While it may be different for the youngsters, fan base members I know tend to be in the 35-75 age group and to a man are like-minded this time around. Add all the wonderful MFW readers that I don’t know personally and that quota only seems to grow.

When looking ahead at the probable future of Norwich City brings only depression it doesn’t do much for any of us.

It’s not quite as bad as taking ciprofloxacin [other super-strong prescription antibiotics are available], but there are definitely marked similarities!