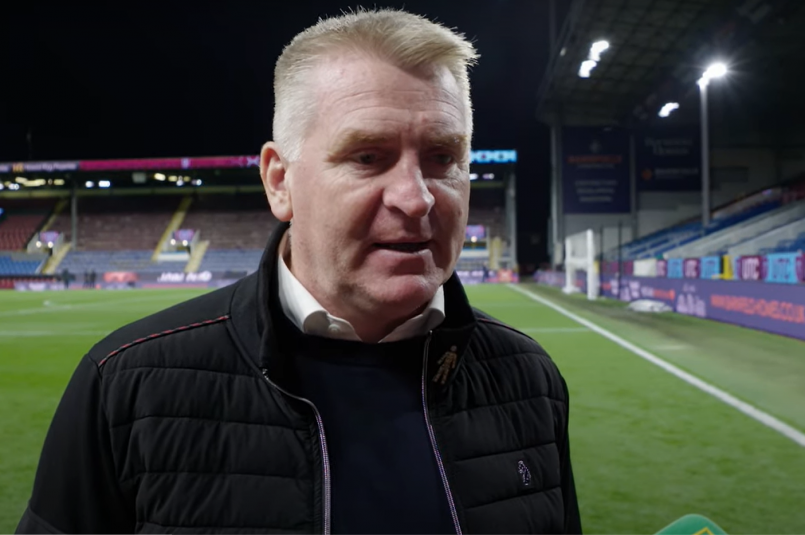 I don’t say it lightly.

I’d resisted the urge to demand change longer than most because I wanted to see a side with a Dean Smith imprint on it, and by that I meant one that contained Isaac Hayden, two fit South Americans and a proper left-back.

Amid the barrage of post-match exasperation, gloom, and anger I attempted to tweet something remotely positive. All I had was what a composed debut it was from Jonathan Tomkinson and how good it was to see Sam McCallum back.

In hindsight, I should have added what a more-than-tidy job Liam Gibbs did as an emergency right-back and the impact made by Onel Hernandez, but that was all I had.

Others have suggested that the whole back four did a good job and we ended up only being beaten by a late penalty.

But the gruel is thin. If in a month’s time you shut your eyes and picture Burnley (a) 2022-23, in your mind’s eye you’ll see City toiling, chasing, giving the ball away, plodding, and coming third in a two-team contest.

It wasn’t one of our classic horror shows, at least not a Premier League level, because we didn’t get walloped and could even have snatched an undeserved point late on, but it was just so so poor in terms of cohesion, energy, and shape.

That first half, in particular, was just awful. Burnley did to us what we’ve spent our last two Championship campaigns doing to other teams.

Their football was slick, precise, had zip, and, crucially, was achieved via an effective shape and plan. It was clear to see that every Burnley player knew exactly their role within that set-up, and they played with confidence.

But spin all of those things 180 degrees and that was City.

To say it was a hard watch was an understatement. Seeing Rishi Sunak’s new cabinet emerge, one by one, from Number 10 would have made for lighter, more pleasant viewing.

And I hate to say it, but for it to be so disjointed, even allowing for two ‘new’ additions to our back four, simply has to come down to how they are being managed and coached.

We knew Burnley would try and dominate possession – it’s what they do – and that they have good players who are capable of hurting you if you let them have enough quality possession. But yet we conceded possession cheaply and frequently.

In terms of trying to progress through the thirds, forget it. There’s no obvious plan anymore to do that – at least there wasn’t last night.

Instead, presumably to try and exploit the spaces vacated by Burnley’s advancing fullbacks, the plan appeared to be to launch it long into the channels in order to give Teemu Pukki a scrap or two to feed off.

Pukki, bless him, did a tireless job in the circumstances but one of the Championship’s great goalscorers deserves better than to be ratting around, trying to create a half-chance or two for himself out of nothing.

As it transpired he could, and probably should, have rescued a point but this current system of asking him to perform his own miracles is unsustainable.

But it’s not just about wasting Pukki’s talents or having no obvious method of working the ball up the pitch.

The hope that our long-awaited midfield trio of Hayden, Gabriel Sara and Marcelino Nuñez would provide bite, verve and energy didn’t materialise and while I hear the ‘early days’ argument, I’m not sure it holds too much water.

It may be for Hayden, but the other two have had plenty of opportunities to impose themselves on a game with only very limited success. And in the case of Nuñez, you could argue the more time Smith and Shakespeare have had working with him on the training pitch, the lower his level of productivity.

It’s worth pointing out, I guess, that Burnley (a) is probably the toughest game teams in this division will have all season and the Clarets will probably pull away in the second half of the campign and cruise to the title. That wouldn’t surprise anyone.

But we’re supposed to be in that same group – a team that’s in the mix for an automatic promotion place.

We’re not supposed to go to Burnley, accept the fact we’ll have limited possession and act as subordinates. And our squad depth is supposed to be such that, compared to others in the division, we can cope with a few injuries and suspensions.

But we did kowtow to them. And our squad is showing signs of creaking.

All of which adds up to a great big steaming pile of you-know-what.

The direction of travel is not forward and if this continues we’re heading for mid-table obscurity. And the question we have to ask ourselves is, is the coaching team maximising the talent in this squad? And does this team at least equate to the sum of its parts.

The answer to both questions is clearly no.

As one respected City tweeter put it last night, based on that performance, not one City player would make it into that Burnley starting XI.

The good players in our team are looking like average Championship players. The great players in our squad are no longer in demand. And when attractive-ish managerial vacancies crop up, our head coach’s name is never in the frame.

But, as I wrote at the weekend, the malaise runs deeper than just Dean Smith, and the problems aplenty are not confined to what is or isn’t happening on the pitch. Last week’s annual report confirmed it (and if you want a fascinating but sobering analysis of where it leaves us, read this thread)

Yet, before the chance of promotion disappears off into the distance, there are some quick wins to be had and I’m afraid one of those would be to look at refreshing the coaching team.

It feels as if we’re in a Neil Adams 2014-15 moment, where a new voice and some fresh ideas could be sufficient to reinvigorate a talented squad that looks demoralised and has lost its way.

And if, as we’re led to believe, Stuart Webber has an ever-evolving list of prospective candidates, then the task of finding a replacement shouldn’t be as onerous as it would be if he was starting the process from scratch.

The Dean Smith project just hasn’t worked. He’s a nice guy and I still believe there’s a decent coach in there, but he and Norwich City are unhappy bedfellows. From the word go it never felt a good fit.

Equally, no one wants to see a seething Carrow Road turn. That’s never nice. But whether his tenure is nearing its end, I’m not so sure.

We have a history of reluctance in pulling the trigger and I have a feeling this may be the same. Or at least a, ‘let’s give him until the World Cup break’.

Whether we can really afford to wait four more games is another matter.