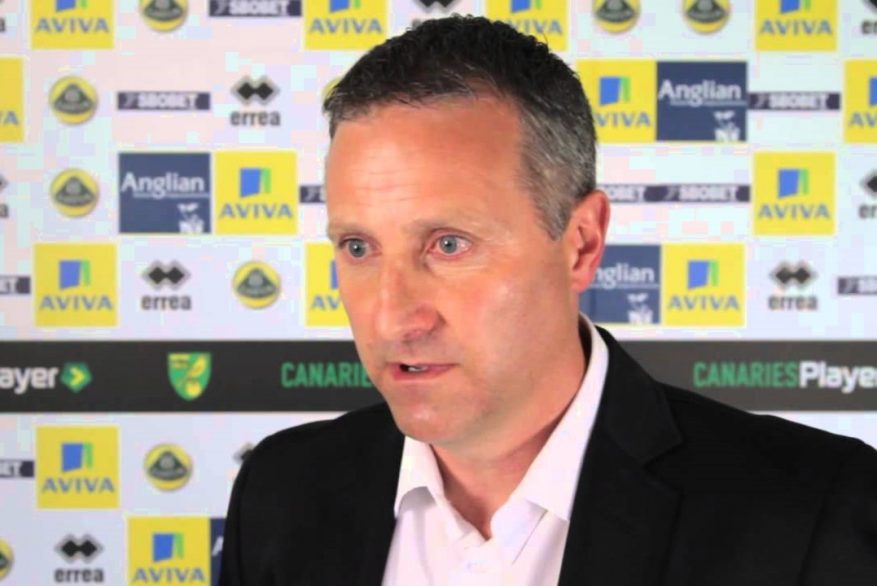 I didn’t get to see the whole game last night, despite being frustratingly close to Burnley earlier in the day but too late to secure a ticket. A dash home through the traffic ensued to catch what I could on TV, so no detailed match report today.

Last January, I wrote an article where I suggested that playing 4-3-3 wasn’t the way to get the best from Teemu Pukki. It was around the time of Adam Idah’s brief blossoming before injury halted his progress. Interestingly, given what I am about to write, I noted that Josh Sargent was looking more effective on the right.

So here we are, almost 12 months on. And 4-3-3 still isn’t getting the best from Teemu Pukki. Nor, it seems from any of the other nine outfield players. City are going backwards in terms of performance – they can’t pass, they are making simple mistakes, and they can’t create.

Never has there been a more apposite time to ask the question – presumably of our deputy sporting director.

Let’s look at Max Aarons. Long the shining light of the defence, attracting interest from big clubs for big money and dealing with it all with consummate professionalism. Max has had a torrid season so far. Game after game we watch him struggling to deal with an opposition winger.

I’ve said it before, I have no coaching qualifications, but I do know that you shouldn’t judge a player without knowing what he has been instructed to do. And here is where the infamous Barry’s question is important.

It appears evident that Max has been asked to defend the penalty box. His starting position is much more central. The big picture is that this makes it more difficult for teams to exploit that pocket of space between centre-back and full-back. The flip side is that there are acres of space on the outside of him which allows the opposition winger to receive the ball unchallenged and get up a head of steam before Max has got near to him.

And then you don’t need to be a Pro License holder to see that Max has had the shackles put on his attacking forays. He still gets forward, but gone are the overlapping runs so long a feature of his game. You can almost see the brakes come on as he reaches the halfway line at times.

The net result? Max looks a shadow of the player he was 18 months ago.

At the other end of the pitch, there must be something ‘gorn on in traynun’, that none of us see, that convinces Dean Smith to keep selecting Josh Sargent on the right of the attacking trio – or indeed the left.

To put it simply, he is wasted there and although he is an awkward opponent for the opposition fullback, he provides little in the way of attacking ammunition.

Whether Einstein said it or not, it really is insanity to keep doing the same thing time and time again and expect different results. Whether it is 4-3-3 or 4-2-3-1, playing Sargent on the right hasn’t worked. His best games were as a lone striker.

He also played well as part of a two with Pukki – although after that game Smith criticised him for being drawn too central – the next game he appeared wide left (and scored).

That Sargent has improved this season isn’t the question. The question really is why not play your top scores in the position where he scores most?

The final part of ‘W’as gorn on in traynun’ has to relate to why our players seem to be complete strangers on the pitch; notwithstanding the passes that are just dreadful quality. A feature of play recently seems to be balls being played into spaces, expecting someone to run onto it but the player going in a different direction.

There’s no understanding of each other’s game. This could be simply because the constant chopping and changing of the team mean that they need time to gel, or it could be that whatever goes on at Colney doesn’t gain them the understanding.

It could even be that whereas a certain previous manager was infamous for twice-daily training sessions, the current incumbent favours a more traditional, less intensive approach.

Last night, for the first time Dean Smith was able to select what is arguably his first choice six non-defenders, albeit Isaac Hayden and Gabriel Sara were probably not fully fit.

Given that three of them are ‘his’ signings – the aforementioned Hayden and Sara, plus Marcelino Nunez, you have to assume that he bought them in with this system in mind. Yet even they don’t look comfortable, at times unable to string together simple passes, being bypassed by attacking players with alacrity.

Regardless of the personnel or formation, it feels like something needs to change. My mind may be playing tricks with me, but this season feels very similar to the 2014-15 season. Then, as now, freshly relegated City had a talented squad but seemed to lack the spark needed to ignite them.

Something needed to change – and it did. Alex Neil came in, the squad ‘clicked’ and the rest, as they say, is history. The move was precipitated by the then-manager recognizing that the squad had stagnated under his leadership and stepping aside for the benefit of the club.

The question for Neil Adams now isn’t really about ‘traynun’.

It is really about whether, given the ultimate success of his courageous move in January 2015, a similar move just might be what is needed now?