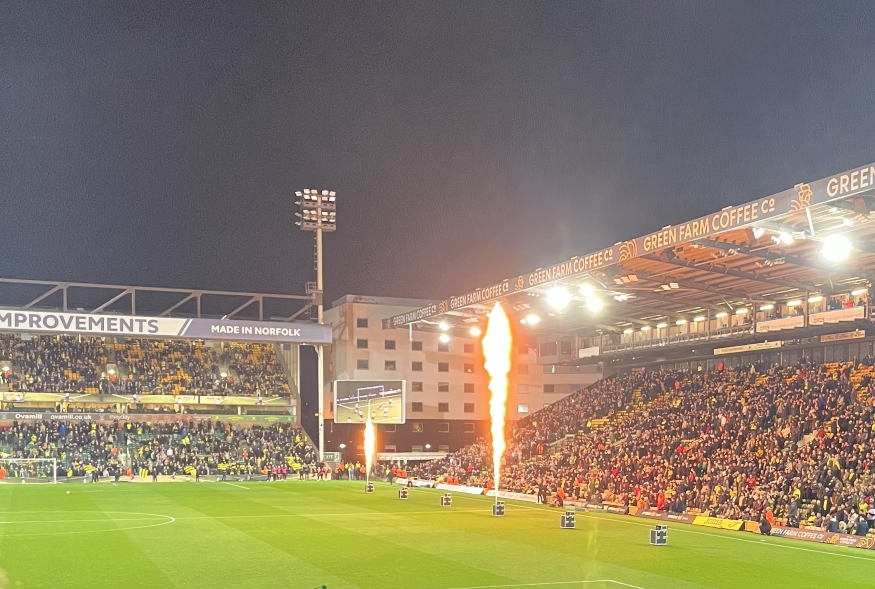 Just one win in eight, and then a confidence boost for Dean Smit and his men came along in the form of a 3-1 win against Stoke.

What next for the Canaries? Well, QPR at home – a real test.

City will take with them the momentum from the win over Stoke, but an in-form QPR will take a huge effort to overcome. Having won five of their last seven, Michael Beale has his side firing on all cylinders, despite interest from Wolves who came after the English manager last month.

The Hoops sit fourth in the Championship, bettering City’s league position of fifth.

It’s games like this that you would have to say are vital if Norwich are to gain promotion from the Championship.

A defeat could leave them 10 points off the top of the table depending on how Burnley perform against Rotherham, but a win could see the Yellows leapfrog QPR and go one step closer to the automatic promotion spots.

Team selection for this fixture will be interesting. Six changes were made before the Stoke game, including a rare start for Onel Hernandez who is so often introduced late into the game if City are chasing it. It’s doubtful we’ll see another six changes this time around, but seeing who keeps their place will be fascinating.

Dean Smith hasn’t fielded the same starting XI since the home defeat by Preston, which ended a nine-game unbeaten streak in the Championship. There have been injuries and suspensions which have had an effect, but it does feel like Smith still just doesn’t know his best XI and how to use them.

One man who we would all be shocked to see left out of the line-up is Aaron Ramsey. He has been in and out of the side in recent weeks, with Liam Gibbs also making strides into the first eleven, but two goals against Stoke would surely have secured his place against QPR.

City will still be without Josh Sargent as the list of injuries at the club throughout the season grows ever longer. He also missed out against Stoke.

With just three home games left before the break for the World Cup, there is a sense of do-or-die around Carrow Road ahead of this fixture. If City can head into the break on the back of a good run, then it will allow them to build ahead of the restart and reset for a second half of the season push for promotion.

And what better game to start that run of form than against a fellow promotion contender?

QPR will travel to Carrow Road on the back of a loss at the weekend. They were beaten 2-0 away from home by 12th-place Birmingham. Beale’s side have also suffered defeat at the hands of Luton, proving that they are there to be beaten if City can settle into the game and not allow mistakes in midfield.

As alluded to, the problems for City recently lie in the middle of the park. Options are available for Smith in midfield but finding a system that works consistently is something that has evaded him.

Finding a balance between the more defensively-minded and imposing midfielders, such as Isaac Hayden or Kenny McLean, and the attacking threat of Marcelino Nunez or, to an extent, Gabriel Sara is something that is key if City are to win the midfield battle against a well-balanced QPR unit.

Ilias Chair is the most likely member of that midfield unit to cause problems for the Norwich defence, and he is certainly one that Smith and Shakespeare will highlight as a threat. He is an adaptive midfielder who can play off the wing, and in an instant can turn on his technical ability and beat his man.

It has been the tendency of the City defence this season to allow players to have space on the ball, but Chair will thrive on this and with nine goal involvements so far this season, he could cause problems.

Lyndon Dykes will also offer a challenge for the City defence who have so often in the past been vulnerable to tall, imposing number 9s. Standing at 6’2” and having scored four goals in their last five games, Dykes will also be a concern in the heads of Smith and Shakespeare.

As much as I would love to predict a win for City, there hasn’t been enough to convince me that things have truly changed after one win. Having said that, I believe that if City are at their best and Smith’s team selection comes good, then a point is more than achievable.