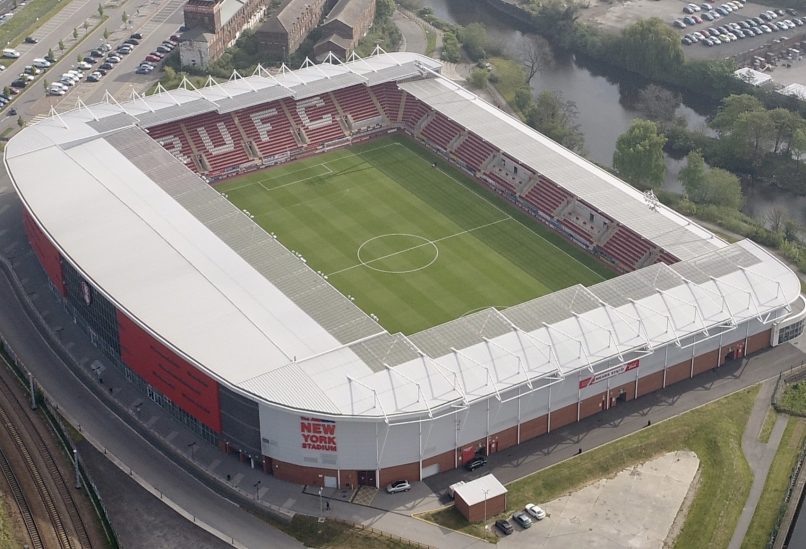 Saturday sees the travelling Canary faithful embark on the tortuous [no hyperbole here as any poor soul who has attempted it will confirm] trip along the A47, A17, and A1 to the New York Stadium, the home of Rotherham United – now known as the AESSEAL New York Stadium for naming rights purposes.

This has been the home of the Millers for the last 10 seasons, superseding the redundant Millmoor in 2012. Popular footballing consensus would have it that it is certainly an improvement although I’ve not been to the new incarnation myself to confirm.

Those who have been involved with both clubs have been a bit thin on the ground, with only Lewis Grabban, Mark Robins, and Andy “Andrew” Hughes readily coming to mind apart from Carlton Morris’s relatively recent loan spell.

That’s until we come to Paul Warne of course.

I am one of the seemingly few Norwich City types out there who has never met “Warney” but I know several people who have and all would say he is the original “diamond geezer”.

Warne was born in Norwich and is a well-known City supporter as well as playing early in his career for Yarmouth, Wroxham and Diss, where he was part of Bill Punton’s FA Vase-winning team alongside Peter Mendham in 1994.

After turning full-time pro he enjoyed two successful spells at Rotherham as a player, eventually becoming their permanent manager in 2017.

His era in charge saw Rotherham do their best to become the League One/Championship’s yo-yo club before he left for Derby County around six weeks ago, leaving the Millers in a healthy mid-table spot where they remain as we prepare for our meeting in South Yorkshire.

Some might say he would have been a good fit at Colney, but fortune dictated that the stars never really aligned.

So, who in the red and white should we be looking out for?

This is impossible for me to answer as I can honestly say I have only ever even heard of one of the current squad, Lee Peltier. And that’s only because Scouser Peltier, who is 36 next month, has seemingly been around forever.

As we all know by now though it’s the sum of the parts that matter in the world of football [take note, Dean Smith] so this lack of household names in itself counts for nowt.

Warne’s former squad continues to employ their assiduous work ethic under new manager Matt Taylor, who was lifted bodily from Exeter City exactly one month ago to this very day.

One player we will not be facing is Cohen Bramall, who was sent off against Burnley on Wednesday. The Millers had been 2-1 up at the time but successive injury time strikes in the 91st and 100th [!] minutes put them to the Kompany sword. This leaves our Lancashire cousins a whopping nine points clear of us and ominously Watford are starting to hit form as well

For me, Rotherham United will forever be connected with our kitchen here in the City. Following hot on the heels of “top of the League at Portman Road” just before the Christmas of 2003, we took on Rotherham at Millmoor in what turned out to be one of those games whereby I just could not tear myself away from dear old Roy Waller and the radio commentary.

All entreaties to “come out of the bl00dy kitchen” were roundly and soundly ignored as I alternately sat on a worktop like a gnome who had mislaid his fishing rod and jumped up and down like a mad eejit with every unfolding development.

The match was madness of the most entertaining variety and I assumed it would have been lost to the march of time but not so.

Not only did I find a pretty much watchable kind of bootleg version of all the goals and more on YouTube but also a couple of years ago NCFC decided to release a small feature about the original match.

I won’t spoil anything by revealing the detail but I enclose both versions for your delectation and can give six good reasons why readers should take a look:

Whatever happens tomorrow, you can still enjoy these today 🙂