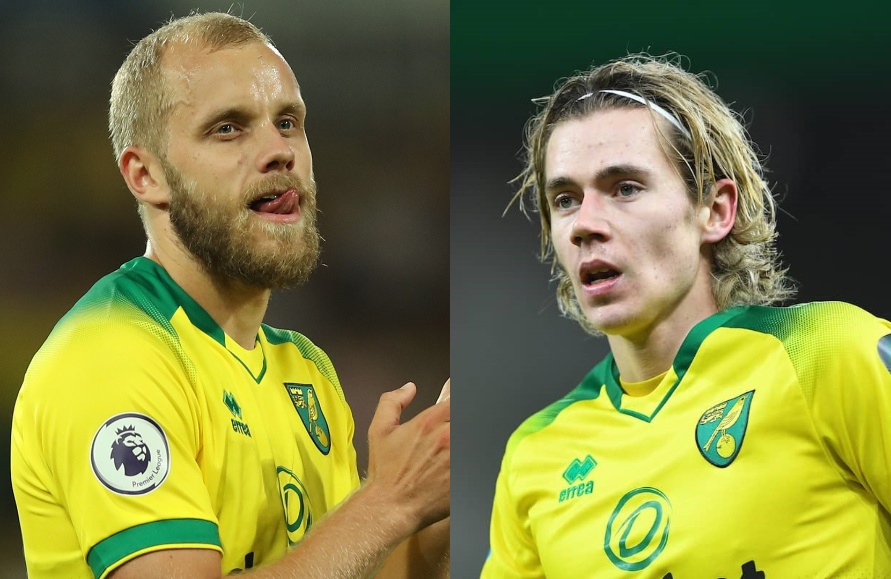 Friday turned out to be the most exciting day I’ve had for ages. Why I [faintly] hear you wondering?

It’s because I went to Riverside for a first solo excursion in over three months – the first time I’ve driven by myself during that period due to a lengthy period of acclimatisation to the effects of strong medication. As a diehard petrolhead I loved it***.

Among the many highlights was a visit to that supermarket opposite the stadium beloved of the Canary masses on matchdays where I made a beeline for the in-store fishmonger and treated myself to the largest wing of skate available. Yum.

On my triumphant stroll through the aisles with my fishy friend, I encountered a group of senior NCFC Academy students who were at Carrow Road for an afternoon session on the whiteboards.

All my coats except the Jack Pyke have the NCFC badge on so cheery “hiyas” were exchanged between us as the lads bounced around the store with verve and aplomb. They looked so happy and content with their collective lot in life it was unreal.

I didn’t butt into their conversation but I overheard that one of them had already played for the under-23s and the rest were displaying some form of mock envy. It was a joy to observe.

And for a very important reason.

These youngsters could be in and around the first-team squad sooner than I would have expected this time 18 months ago.

Dean Smith has said, albeit a few weeks ago now, “what I’ve got is good enough and we won’t be spending in January“.

There was no need for this particular cliché as all know we’ve got no money anyway, just a £55million debt.

Aaron Ramsey will return to Villa and barring a promotion I cannot envisage, Isaac Hayden will head back to Newcastle at the end of the season. And they will not be alone in leaving in May believe me as Stuart Webber has let things get to the point where an unbelievable nine of the current squad will be out of contract in May.

Now in fairness to our mercurial Sporting Director, much of this might be by design and I am sure many Canary fans will not see Michael McGovern, Jordan Hugill, Onel Hernandez, Danel Sinani, Sam Byram, and Kieran Dowell as essential to our future onfield prosperity.

We will take Kenny McLean as already being lined up for a new contract or at least an extension to his existing one. Actually, I don’t mind in the slightest because although he is unpopular among certain sections of the fanbase I reckon the Mayor is sound enough at Championship level, albeit perhaps only as a more-than-useful squad player.

Todd and Teemu are the conundrums here. I’d like TC to stay, but will he be given the chance? He could be let go in January, as might Pukki, as both would perhaps scrape a seven-figure sum for early release.

In the case of Teemu, it would depend on whether or not Webber was prepared to admit promotion hopes died at Christmas. And, indeed, if he wanted to provoke outrage amongst supporters. We’ll see.

Max will be off in the summer with our blessing, although I’m not sure the Man Utd rumours hold much water. Webber won’t care where he goes, just how much he can get from them. Bognor Regis Town will be as good as Barcelona to him if they have the right money.

Should Josh Sargent attract enough positive attention at the World Cup he will be sold as well and I do not see Tim Krul wanting to play second fiddle to Angus in the twilight of his career. Watch this space in both cases.

We could line up next season with a squad of 23 rather than 28 and a starting XI of something like Gunn, Mumba, Omobamidele, Hanley, McCallum, Gibbs, McLean, Nunez, Sara, Rowe, and Idah.

And this is where my joyous group of youngsters could see opportunity knocking. What may well be a paper-thin squad will need some bulking out from somewhere and from what I saw these lads will bring desire, enthusiasm and dedication with them in bucket loads.

They will all uniformly possess the one quality that Stuart Webber will be increasingly valuing as the days go by.

They will be as cheap as [skate and] chips.

***Believe it or not I’m reasonably environmentally aware. Not to the point of pi$$ing off hard-working people with superglue, placards and attending events that feature Clive Lewis MP and his megaphone, but I like to think that Mrs P and myself do our bit in a quiet way. We practice but never preach, as it were.

My current little toy provides me with everything I require from a car. It’s a legally chipped Fiat 500 convertible that approaches its Abarth counterpart in performance terms and has every gadget I need. It truly goes like $hit off a shovel around town and just loves a road-hugging run to the coast.

But as the emissions somehow remain below 100g/km I don’t pay any Road Fund Licence. Like most things to do with our beloved government or Dean Smith’s selection policy, I simply don’t understand the reasoning behind it.