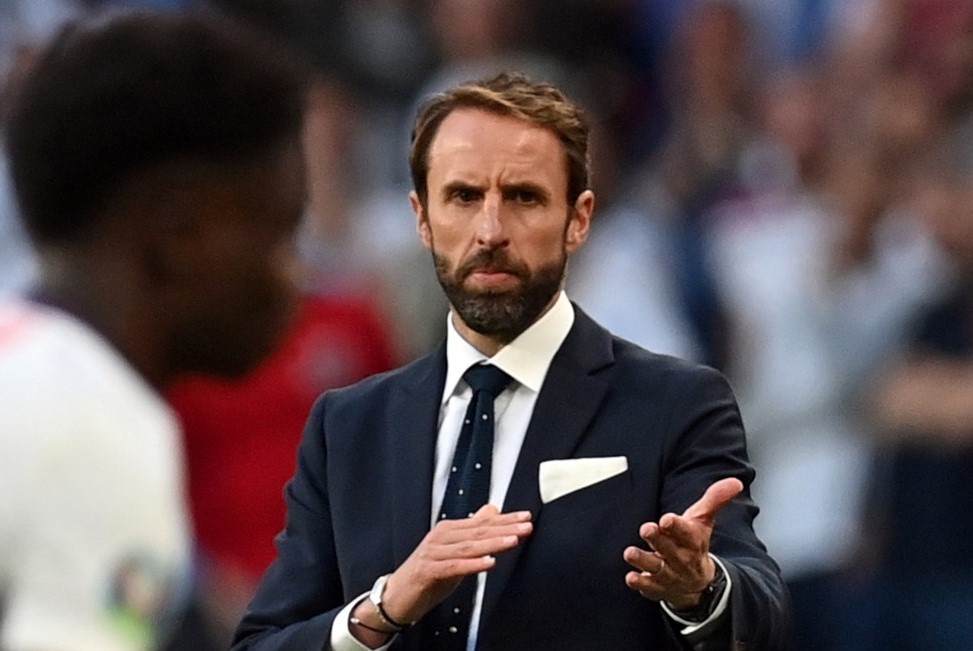 In a tournament that just feels (and is) wrong on so many levels, they go and turn in a performance that gets some of us interested and engaged.

Not how I’d imagined it or even really wanted it.

I’ll be honest, my patriotism is not unconfined – particularly at the moment – and part of me was hoping that Gareth Southgate’s men would give me, as a fan, a convenient excuse to give this event a light touch (the day job won’t allow me to switch off from it completely).

And the omens were good – no wins in their last six; Southgate under fire for not making the most out of a squad that is quite clearly full of attacking talent, and all while playing a brand of football that was Smudgerball-esque.

Even a stink-the-place-out sort of performance – the type in which we’ve specialised in tournament football over the years – would almost have been palatable for once. It would have kept the mood suitably subdued.

But from purely footballing perspective, there was almost nothing to dislike in England’s 6-2 demolition of Iran, aside from the two consolation goals conceded.

Also, it has to be said – again from only a footballing perspective – that Iran were awful and did not a single thing to justify their FIFA world ranking of 20. It was they who stunk the place out.

But there have been numerous occasions in the past when an England team has struggled against inferior opposition, especially in the opening game of a tournament.

Only four years ago, against a Tunisian team that had nothing like the FIFA ranking of Iran, they needed a 91st-minute winner from Harry Kane to earn a bum-squeaking 2-1 win. So to get all sniffy because it was ‘just Iran’ makes little sense.

And given the experiences of Bukayo Saka and Marcus Rashford upon the conclusion of the Euro Final in July 2021, it was lovely to see them both wearing both an England shirt and a smile at the same time.

Obviously there are touger challenges ahead but, as the saying goes, you can only beat the opposition put before you, and England did it expertly – scoring some good goals and playing some good stuff.

As footballing performances go, it was a good one.

But this is Qatar and controversy will never be far away. And the issue of the rainbow armband that Harry Kane almost wore but didn’t, was, for me, one that has to go down as an opportunity missed.

As I understand it, the wearing of said armband would always have contravened FIFA regs – their own anodyne version was always the official attire – but having made, with other countries, the decision to wear the rainbow version to shine a very bright light on Qatar’s appalling stance on LGBTQ+ matters, to back down at the eleventh hour was a PR disaster.

That FIFA has decided to renege on its ‘open to everyone’ promise and align itself instead with Qatari riyal was both shocking yet, ultimately, unsurprising.

The clues were all there when the organisation’s president Gianni Infantino gave that bizarre pre-tournament speech.

But the English FA’s decision to kowtow to FIFA’s threats of a yellow card for Kane if he was to wear the rainbow band was really disappointing. It was intended as a protest of which there will invariably be a price to pay. That’s the point. In this case it was just a yellow card and it would have been worth it.

Other teams would have followed suit and FIFA’s stance would have been held up to ridicule alongside that of the state of Qatar.

An opportunity missed. A big one.

And the wearing of a small piece of coloured cloth as a form of protest was put into perspective when the time came for the Iranian national anthem.

As part of the ongoing protests in Iran follwing the death in custody of Mahsa Amini, not a single player sang their national anthem in a clear attempt to distance themselves from their own government.

It was powerful. Very powerful. And so so brave given the potential consequences for them and their families.

Their anthem was also roundly booed and jeered by Iranians inside the Khalifa International Stadium, with some spectators holding up placards saying “Women, life and freedom”.

All in all, it made the English FA’s decision look just a little bit weak and pathetic.

But that’s enough politics for now (I’ll get told off for it, guaranteed).

If it were possible to strip away the controversies or, better still, move the event to a country deserving of it, then the opening couple of days would have offered promise.

With today being the first of 11 where there are four live games each day, we football lovers should all be ssalivating at the prospect.