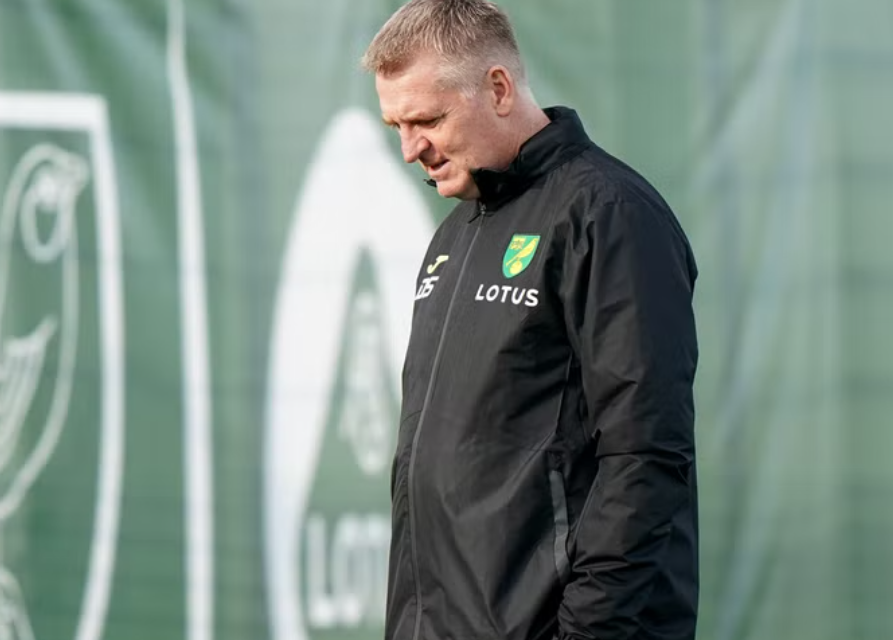 The Posse and I have enjoyed many a recent conversation about the merits or otherwise of the various Norwich City managers from Ron Saunders to Daniel Farke, while all the time considering how Dean Smith has fared in comparison with the others.

As I hinted at the end of their article last Thursday, you only have to look at the table below to see just how badly our Deano has fared. So poorly in fact that he is sandwiched between Glenn Roeder and Chris Hughton in 16th spot with an inglorious 30.2% win rate.

I hate to highlight this [okay I’m delighted to actually] but despite presiding over two completely disastrous Premier League seasons, a certain German fella we all know well comes in at fourth in the table with a win rate of 42.3%.

Alex A: Following that 7-1 defeat to Colchester on the opening day of the 2009-10 season, two fans earned themselves a lifetime ban for throwing their season tickets at Bryan Gunn and I left at halftime! Then CEO David McNally quickly robbed the Essex side of Paul Lambert,

This was followed by a successive promotion to the Premier League and Lambert kept us up, but Villa soon turned his head and he walked away.

Chris Hughton took over in 2012 and his motto in most matches appeared to be “don’t lose” so we endured many dreadful games before eventually, Alex Neil ended up with the stripes following Neil Adams’ short spell in charge. Who could ever forget that wonderful day out at Wembley? [Not me – Martin].

Ed Balls persuaded the rest of the board that we needed a Sporting Director and a head coach, so Stuart Webber got the gig and brought in Farke as his head coach. I went to several games that first season of ‘Farkeball’ and was impressed by what I saw, so got myself another season ticket, one row in front of the seat I’d given up earlier, and what a season it was!

We were also fortunate enough to see the emergence of Aarons, Buendia, Hernandez, Maddison and Godfrey. Happy days indeed, culminating in that incredible day out at Villa Park and the joyful scenes of Webber and Farke celebrating with the fans.

I nearly forgot – despite relegation the next season – our memorable evening at the Tottenham Hotspurs Stadium when we beat Spurs, and I was there!

Another promotion followed with the vast majority of games being played with no fans, then Webber recruited several players for the new season, but none with any experience of top-level football and he also allowed Hernandez to go out on loan. Within a few months, the bromance between SW and DF broke down, which led to the sacking of Farke and the sudden arrival of Dean Smith, who had conveniently been sacked by Villa.

I long for the day when we once more have a coach with a vision of how he wants his team to play and who can inspire the players to wear the shirt with pride and entertain the fans.

Alex B: Looking at the stats from previous managers Smith’s can’t really improve as the more games he manages the worst his percentage will be.

Grant, when he left, was on the same amount of games [53] and 35% while Roeder was here for 65 games and almost the same percentage as Smith. Both were poor, yet Hughton and Deehan both managed more games with lesser win rates.

I can’t see a way back for this coach yet our owners continue to turn a sherry-induced eye away from his obvious failings.

The senior management has been presented with an ideal time to make changes. I just wonder if Smith, having given the players a week’s rest, took the same option himself.

If any changes are to be made could we hope they affect them imminently so any new man has some time to bed the players into his way of playing?

Cutty: The table shows Smudger in 16th place down among the dead men. But there are lies, damn lies, and statistics, so I thought I’d give him a helping hand.

Looking at Championship [league games only], he has a 43% win rate this season. Unfortunately, Alex Neil had a win rate of 44% in 2016-17 when he got the sack. Saint Danny’s average at winning Championship games was 52% and in fact, his final Championship season’s average was 63%. Of course, it took Danny 12 months to get sorted, but Smudger has been here a similar time, and yet he’s miles off the pace and in a similar situation to Alex Neil when he got the sack.

Even my stats don’t help him, so sorry Deano ol’ partner, you could be opening your Christmas presents elsewhere.

Bernie Owen: Not something to dwell on, is our Deano’s record. His win percentage is bang on 30%, which is even worse than that of Alex Neil. In fact it’s worse than all the recent managers who had a go at either keeping us in the Premier League and/or getting us out of the Championship.

This season’s loss rate is exactly a third. That’s seven losses from 21 games and extrapolates to 16 losses in a 46-game season. Promotion doesn’t happen for teams that lose that many games. We got into that playoff final under Neil losing 10 games, and the Farke promotions saw us lose six and seven games respectively.

Smiffy has already lost seven and we are not yet halfway through the campaign. Will we go unbeaten in the next 25 games thus equalling the losses in Farke’s second tilt at the PL? Well, I’m not putting any money on that happening, and nor should you.

Statistics can of course prove anything, so Norwich City fans I give you one John Faulkner, who enjoyed just the one game in charge in which we beat Reading 1-0. The win record remains at 100% for our John!

The usual MFW thank you to the Posse for that, but anything to do with statistics confounds me to the point where I have a deep-seated desire to leave readers with this as it sure is where I want to be. 😀