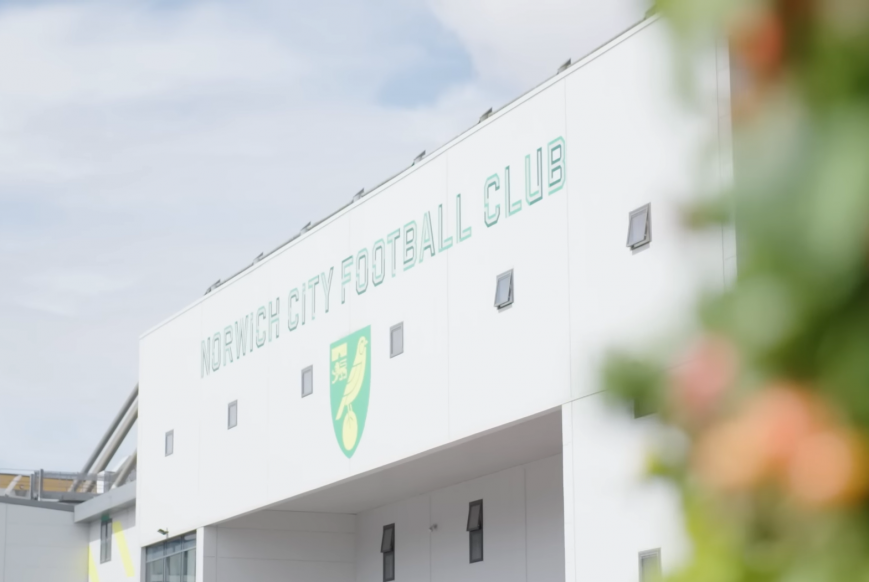 It was nice to be able to afford MyFootballWriter readers a glimpse behind the Iron Curtain.

When I say Iron Curtain, what I really mean is an account of City’s open-to-all, 90-minute training session in Tampa, but the fact Dave Bowers’ much-appreciated account of events and a few posted images on social media are as good as it gets tells a little story of its own.

Back in the day, when transparency and openness were the Club’s order of the day, Paddy Davitt and his Archant /Newsquest boys and The Athletic’s Michael Bailey may also have been there to give their take on proceedings.

In fact, on a previous trip to Tampa, the wonderful Bowles’ family, upon enquiring of the trip, were invited, as paying guests, to be part of the travelling party. As a result, they were able to write three ‘Letters from America‘ for MFW, which offered those on the outside a lovely insight into that particular camp.

But times, as we know, have changed.

Now, before I’m reminded otherwise, access of that ilk was almost unprecedented and at that time the Club was an exemplar in PR and fan engagement.

What we are experiencing now is considered normal by many clubs – so it’s only fair to make that point – but most of those don’t present themselves as a judge-gently, family club that recognises its place at the heart of its community.

The last time I looked, despite said curtain, those values are still being reported as forming part of the Club’s mission statement. Mark Attanasio spoke glowingly of those qualities and how they tie in nicely with the ethos of his Milwaukee Brewers.

Except what we’re experiencing at the moment is a million miles away from all of the above.

And while the open training session was very welcome, and will have meant the world to those young US-based Canaries who may have been meeting their heroes face-to-face for the first time, it was a shame that arrangements for the event were only confirmed at the eleventh hour.

While in the greater scheme of things, the non-reporting of a mid-season trip to Florida may be trivial and insignificant, and said members of local media may not have made the trip anyway, but the clear disconnect between Club and media, and Club and fans is not healthy in any way.

The spat between Archant and the Club has a clear starting point – the poll on Stuart Webber’s commitment that was run by the Eastern Evening News – and was followed by them, legitimately in my view, breaking the story of the Attanasios potential investment in the Club, but at which point the fans started to be perceived as the enemy is less obvious.

There was, however, a clue in Webber’s in-house, end-of-season interview on the Club’s YouTube channel. In said interview in conversation with Alice Piper, he said the following:

“(At) the start of the season, the whole area disappeared. The fans gave up quickly, the local media went after us quickly and we thought it became tough to turn this around.“

While I have no idea of the workings of the inner sanctum of our Club – and have no ‘in the know’ contacts to call upon for a snippet or two – if these are thoughts the head honcho is willing to express publicly, I hate to think how the fans and media are actually perceived behind-the-scenes.

And if those views are held and expressed by someone in authority, those of you who have worked in big organisations will be only too aware of how they can quickly filter down and become part of the ‘official’ psyche.

And that, from the outside looking in, feels like where we are right now. The Club against the world.

Two things need to happen, neither of which appears overly likely.

One is that Chris Lakey, Paddy Davitt, and Michael Bailey are granted an audience with the Club where grievances can be laid bare and the air cleared, and the other is that the team starts playing well and winning.

The latter would permit the fans to hop back on board and would *hopefully* be sufficient to remind the Club of both their value and importance. The former, the olive branch, is, for the moment, the stuff of dreams.

In the real world, the best we can hope for is that Dave Bowers’ account of the players looking “fit, happy, and focused” translates into improved performances on the pitch.

That would at least be a start.