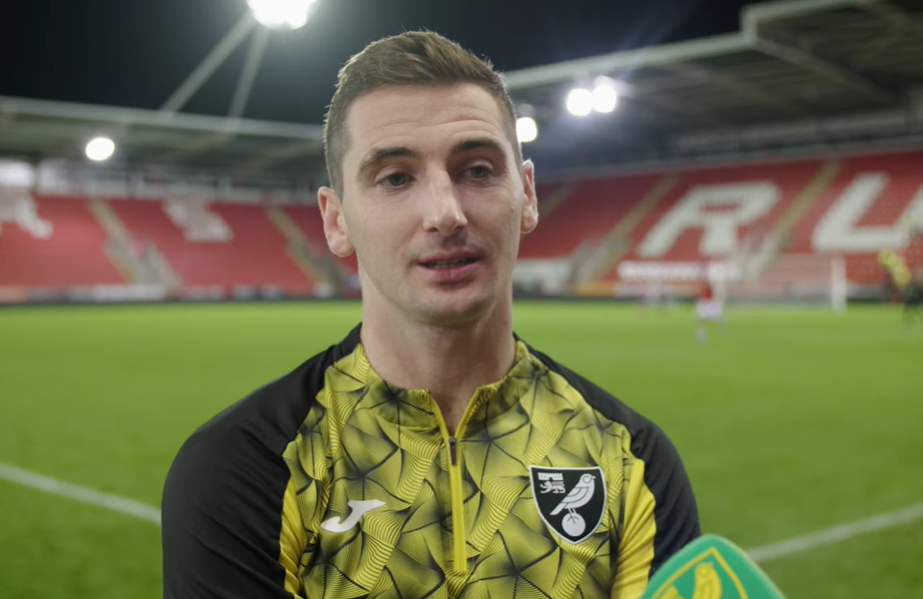 It’s nice to be proven right occasionally and I am no exception to enjoying that all-too-rare feeling.

It did not take the scrying glass of Nostrafarmus [or Chris Sadler’s dodgy old sphere of clear plastic from the charity shop] to predict the obvious but ’twas a week ago to this very day that I loudly proclaimed on MFW:

“We will take it as read that Kenny McLean is already being lined up for a new contract or at least an extension to his existing one. Actually, I don’t mind in the slightest because although he is unpopular among certain sections of the fanbase I reckon the Mayor is sound enough at Championship level, albeit perhaps only as a more-than-useful squad player”.

And lo, it rapidly came to pass.

We now have the versatile Kenny, who has even demonstrated that he can play left-back and right-back simultaneously and will be 31 on January 8, on a contract until 2025 with the option of a further year, This surely means he will see out his playing career in Norfolk with maybe a Scottish swansong in the Championship or below if he retains his fitness.

Since signing from Aberdeen in January 2018, he has made himself a regular at Carrow Road with 158 appearances and eleven goals to his name as well as two Sky Bet Championship titles – so far this season, McLean has played 20 times in all competitions.

“Kenny has been outstanding for us since he walked through the door. This contract is [due] reward for a player who has stuck with us through ups and downs and is an integral part of our plans going forward”.

Me? I’m happy to see Kenny staying on, despite some of the noise coming out of Glasgow where speculation was rife that he would reunite with his beloved boyhood club, Rangers.

This comment from Ibrox News typifies much of the reaction to the rumours from Bears supporters, whose club is just as skint as ours, and is not atypical of views north of the border:

“McLean is a decent player but at 30 he is past his prime and does not offer the club any upside in the coming years.

“He may have played a bit-part role at Rangers had he signed but that is not what the club’s transfer strategy has been and we do not think they would change it for a player like him. The Scotland international has not set the world alight at Norwich and playing for Rangers is a completely different ball game.

“It’s a blessing in disguise for the club that he’s signed a new deal and they can now look elsewhere for better midfielders that offer a long-term solution as well”.

I don’t care if he constantly points at everybody and passes sideways far too often. Any man who stands on the City Hall balcony in a tricorn hat with a town crier’s handbell in one hand and a bottle of MD 20/20 in the other remains just fine by me.

My FA Cup Moment of the Weekend concerns Forest Green Rovers. You never know, Lady Luck might choose tonight’s Third Round draw to offer us a first-ever trip to the New Lawn – and if she does we’re in for a rude ecological awakening.

Well-known ex-new age traveller, practicing vegan and crusader on behalf of extreme Green issues everywhere, FGR owner Dale Vince helped fund the Just Stop Oil protests wherein activists cabled-tied themselves to goalposts during Premier League matches. He didn’t know that was how they would protest when he handed them £10,000 but would have given them the money anyway, he told the Daily Mail.

How Dale Vince spends his money is up to him and there’s nowt wrong with veganism and taking personal environmental responsibility.

But I saw some 20 minutes of Forest Green v Alvechurch on Saturday while waiting for France v Denmark to start and what I did not approve of was the stadium’s foot-high LED strip-lighting flashing up the slogan FFS Just Stop Oil at regular intervals. That’s a bit too controversial [and indeed unwarranted] for my liking I’m afraid Mr Vince.

Oh well that most likely won’t be an issue as we’ll probably get a trip to Barnsley instead. We normally do.

My World Cup Moment of the Weekend concerns Mexico centre-back Nestor Araujo and our very own Grant Hanley.

You can tell me they’re not doppelgangers if you like, but I shan’t take any notice of you. 😀

I don’t know if the bell-ringing Kenny appreciates AC/DC, but I do so I’ll leave you with this: