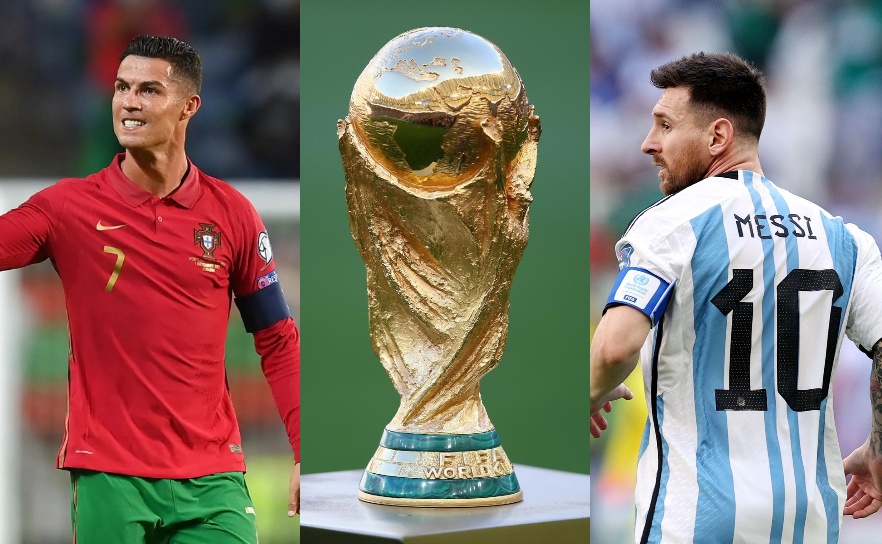 For the many reasons we’ve already discussed on MFW, and as highlighted perfectly by Robin, this World Cup, on a wider scale, has been a tough watch. FIFA and the state of Qatar have made it so.

But for those who’ve been able to strip away all the bad stuff – an inept, corrupt governing body, a country with a human rights and LGBTQ+ record that makes China blush, etc – then from a purely sporting perspective there has been much to entertain.

There has also been much, on a sporting level, to irritate, but I’ll come to that later.

While it has been a tournament that’s recorded a record number of 0-0s at halftime, it’s fair to say that the second halves have more than made up for that dearth of action before the intervals.

And the shocks and upsets needed to elevate any successful sporting event have been duly delivered.

That Germany and Argentina were two of the recipients of the early upsets was obviously a good thing, as was the fact England avoided them (apologies to our Welsh readers), and for the sake of football itself, it can only be a good thing to see the gap closing between the emerging nations and the so-called elite.

It irks a bit when TV experts (also so-called) decry the smaller nations when they do what’s needed when facing a higher-ranked team – ie. be solid, organised, and careful not to over-commit – because to not do all of the above exposes them and risks a thumping.

Graeme Souness, Micah Richards, and co may well get the hump because they haven’t been entertained but, much like Norwich City in the Premier League, to try and go toe-to-toe with teams who are clearly technically superior to you rarely ends well.

And it’s that ever-increasing tactical know-how that has helped to close that gap. For an example of the levels of naivety I describe above, only really Canada have fallen into that trap, and so fell into the category of being brave, gung-ho, and going home.

A bit like City in the 2019-20 Premier League pre the first lockdown.

For an example of how to do it, and how to approach tournament football when tasked with facing two of the tournament favorites, then look no further than Japan.

While they may not get the Souness/Richards seal of approval, their tactic of setting themselves up to stay in a game to then give themselves a chance to be more expansive and attacking as the minutes’ tick by, has been exemplary.

As well as being competent technicians, they have pace, energy, desire, and an all-for-one team ethic that’s a lesson to us all. They may at times have been flying by the seat of their pants against the Germans and Spanish but you simply don’t beat those two opponents by being lucky.

No one wins a World Cup match by luck alone, and the blow inflicted by Japan on the Germans was terminal.

Ultimately, the Spaniards saved themselves by wallopping Costa Rica by the greater margin, although the was-it-in-or-was-it-out for the second Japanese goal will, I suspect, for the Germans have an element of Geoff Hurst 1966 about it.

But it matters not. The Germans head home today. Shame.

For England’s part, two decent performances and one stinker have yet to trigger the customary It’s Coming Home chorus – not least because victory over Senegal would set up a last-eight clash with France – but has been enough to, for now, dilute the heat on Gareth Southgate.

While I get the frustration over Southgate’s inherent caution and reluctance to “release the handbrake”, there should be no argument around him being the most successful England manager since Sir Alf Ramsey.

There were some obvious shortcomings and mistakes in England’s journies to the World Cup 2018 semifinal and the Euro 2020 final, and the route to the 2018 semi was fortuitous in the extreme but neither, as lines on his CV, can be taken away from Southgate.

The record books in years to come won’t apply any caveats to his record but will show it to be infinitely better than Sven-Goran Eriksson’s, Steve McLaren’s, Fabio Capello’s, and Roy Hodgson’s – all of whom had a crack at managing an English ‘golden generation’.

That Southgate has got something of a tune out of his version is to his credit and shouldn’t be overlooked, even if he is universally loathed on my Twitter timeline 🙂

He does, however, have his work cut out to advance us to the latter stages of this tournament, and even if we are able to get past a very physical, well-organised, and athletic Senegal team, then a last-eight tie against the world champions (probably) will again likely expose our current generation as less golden than the French equivalent.

I suspect, if said scenario does materialise, then the lads and lasses on Twitter may get their wish in the months to come and get to eventually see a new face in the England dugout.

Lots of ifs and buts there though, so we’ll see.

I mentioned earlier that this tournament, beyond the obvious, has offered up more than its fair share of irritations, and it’ll surprise no one to hear that one of them is FIFA’s and the media’s total and continued obsession with all things Cristiano Ronaldo and Lionel Messi.

Both have been outstanding footballers – two of the best to ever play the game – and are still capable of moments, but time is kind to no man. Not even the greats. Yet FIFA and the media remain determined to keep the dream alive.

If the nonsense of the Portuguese football federation trying to claim for Ronaldo a goal that was clearly scored by Bruno Fernandes wasn’t enough, VAR’s decision that a clear non-foul on Messi was worthy of a penalty in the Poland game was stomach-churning.

So too the general over-eulogizing of both players by presenters and pundits alike, when both are clearly performing like players who were once great but are now just good.

But, all of the nonsense aside, it’s been fun to watch most of the time.

And in eight days’ time, we can start getting angry over Norwich City again.