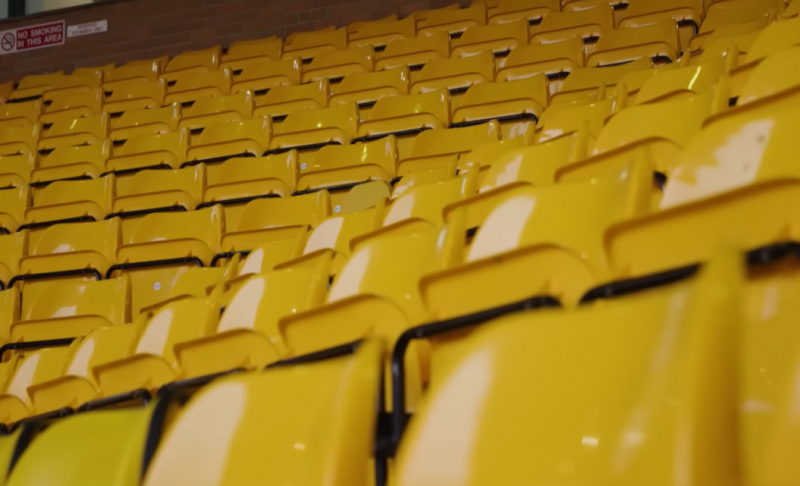 Yesterday Gary asked whether or not we folks of a Canary persuasion, aka the Great Unwashed, are ready to re-engage with our Club as we head towards the resumption of EFL Championship season 2022-23.

He expressed some natural and quite understandable doubts about whether many of us are actually looking forward to the restart. Based on what’s gone down so far I count myself firmly in the camp of the ambivalent, devoid of hope that anything might change for the positive.

There seem to be a fair few of us and I don’t need Twitter to gauge that.

There is no way I am looking forward to hearing further utterings from Dean Smith, who claimed we would come back from a training camp in Tampa Bay, Florida, USA as “a different animal”.

A friend from the Posse reckoned we went as pussycats and will have returned as lemmings. Cruel but fair, I’d say. He might yet be proved wrong although I doubt it, all things considered.

Nothing has occurred during the break to indicate a thawing of the icy relationship twixt NCFC and the local media and I think we are all thoroughly bored with the topic now. It is a minor tragedy and will remain just that while the only people who can alleviate the situation will not budge one stubborn inch.

I could not give a rat’s butt where Stuart Webber is or what he is doing.

I do not care how many insignificant HR awards the Club is picking up and plastering all over its official site as “news”. If they do not realise the irony of this, that would explain a lot about the mindset of the current regime.

Is the pantomime villain that Anthony Richens has become losing any sleep over the rapidly approaching advent of season ticket renewal time or does he think the waiting list will more than compensate for those who will not be returning for 2023-24?

As Gary said, it will be interesting to see how this unfolds. Right now we are getting somewhat disingenuous crowd figures returned on matchdays, so can we expect a trumpeting from on high if the quota is fulfilled and a terse “we’d rather not talk to the local media” pose struck if it isn’t?

I have an interesting situation with regard to this in that ill health dictates I have to give up my season ticket, but it is going to be snapped up by none other than Don Harold of this parish, who has kindly helped me out with a few paragraphs of colour from DU/L91 after most home matches this season.

Maybe it’s because it’s a great view, but I think it’s far more likely that Don has fallen for the unique charms of Mystic Kev and the rest of the matchday crew whose company I have enjoyed so much over the years!

To that end I have thought about having a last hurrah with the lads at the final game of the season against Blackpool and dealing with the ticket office was a flashback to days of the recent past – the guy I spoke to could not have been more accommodating.

I didn’t go into full detail but when he heard it was likely to be my last match, he straight away offered to switch my seat to the disabled area and sort me out car parking at the ground. I thanked him profusely but explained my main reason for going was to sit in my old seat for the final time and take it all in. He said I might change my mind and the offer would be held open for me until April 7.

Now I can drive again I might be able to make it to the UB with the aid of a fair wind and the service lift, but I couldn’t bear to see the game from anywhere else.

I was far less fortunate with my attempts to buy an On the Wall City brick, although once more the Club were most helpful thanks to Phil Gray and a colleague of his from the marketing department.

What the living daylights does he want one of those for? You might well wonder.

Well, William Wordsworth once wrote a poem called Intimations of Immortality, probably after some overindulgence in laudanum with Coleridge and his mates, and recently I’ve had far more than an intimation of my own inevitable mortality.

I’m not religious and no sacred ground would accept me. Nobody’s going to buy me a headstone, so why not become immortalised at Carrow Road, I thought. Theoretically, this should have been easy as the Club were pushing a new issue of bricks on their website with installation on November 22.

Without further ado, I purchased my brick complete with the engraved legend Martin Penney STH 1989-2023 on it in gold, and quickly got an e-receipt with the installation date on it.

Maybe the brickies are moonlighting from Partsmissin Homes or somewhere like that because NCFC marketing told me on November 29 that only half the installation had been done and I was one of the unlucky ones. I only phoned because I wanted to take a pic for an MFW article but the Club didn’t know that and took the time and trouble to find out what had gone wrong.

So now for the inevitable choice of music.

Surely you didn’t expect this one, but it comes to something when you fail to become…

Nobody in a white shirt let us down last night as England cruised past Senegal with a 3-0 win at a very expensive, soon-to-be-demolished stadium the name of which I couldn’t remember if I tried.

Maybe cruised is a little disingenuous as a decent Senegal side matched us until we scored two fine goals courtesy of the unlikely provider that was  Jordan Henderson and Harry Kane breaking his tournament duck on the stroke of half-time. Bukayo Saka added a third in the second half and that was job done.

France were equally efficient in dispatching Poland 3-1 in the earlier game, which sets up a quarter-final that could go either way.

Will it be a case of tres bien or merde alors?

We’ll have to wait a few days before we find out.