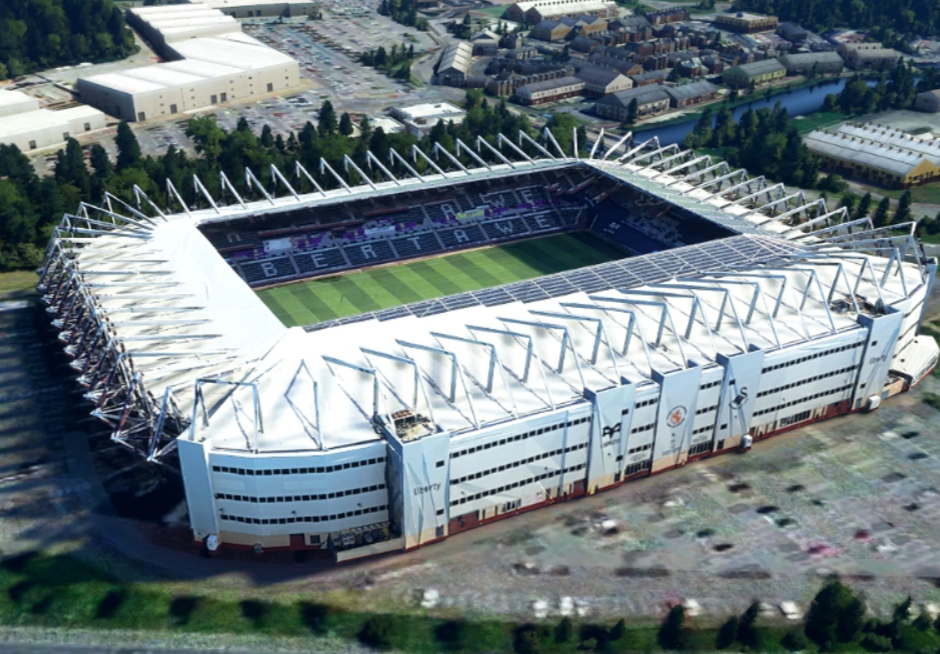 It feels like when you’ve been on holiday, but now it’s back to work, and your job is unblocking toilets.

In all fairness, there were patches in games just before the hiatus, in which Norwich played some of their best football of the season, with the issue being the sustainability of those patches for long enough to secure the game.

And patchy is probably a good operative word for our opponents on Saturday, Swansea City.

They hover just a point below us with a record of 8 wins, 7 draws, and 6 defeats but they tend to achieve these in clumps, with 4 wins on the spin in September-October including impressive back-to-back away wins at WBA and Watford.

On the flip side, they’ve drawn their last three games against Wigan, Birmingham, and Huddersfield, so they’re a team that likes a streak.

They’ve kept busy over the World Cup break, taking a tour to Scotland where they beat Dundee United in a friendly, while our boys were watching ice hockey in Tampa, so it’ll be interesting to see who looks the fresher of the two on Saturday.

Obviously, there’ll be a load of fawning b0ll0cks about facing Russell Martin and fanboys and girls banging on about what wonderful football his teams play and how he should be Norwich manager.

Personally, I think we should wait until he’s actually achieved something before deifying him, but maybe I’m old-fashioned. Regardless, that’s all this preview will say about him because there’ll be enough of that rammed down your throats ahead of the match.

They pass the ball. A lot. And they try and out-possess the opposition and make them chase the ball all game, which is generally effective. The downside is that they can overplay and lack creativity and penetration in the final third.

They can also be guilty of trying too hard to keep possession and play in silly areas that lead to them overturning the ball and getting hit with quick counters.

In goal, they have Steven Benda, a German stopper who has made the position his own this season after being backup for a few years. He’s good with the ball at his feet and has a reputation for saving penalties and reflex shot-stopping.

In defence, the preferred starters are Ben Cabango, Harry Darling, and Nathan Wood.

Cabango is an academy graduate and Welsh international who returns from bench duties at the World Cup so shouldn’t be too tired. Good on the ball and mobile he generally plays on the left of the three. In the middle of the defence is Darling, a favourite of Martin who beat interest from several Championship teams to secure his signing from former club MK Dons in the summer.

He’s a ball-playing centre-back who can start attacks from the back and has the movement to help give his other defenders an option to play out from the back.

On the right-hand side, Wood, the son of former Middlesbrough and Palace left-back Dean Gordon, is another accomplished passing defender.

The other possible options at the back are Man City academy graduate Joel Latibeaudiere, who can play on the right side of the three or as a wing-back, and former Norwich loanee Kyle Naughton, who at 34 has lost his place this season to Darling’s arrival.

The wing-backs are the aforementioned Latibeaudiere on the right and Ryan Manning on the left. Latibeaudiere is strong, physical, and mobile but lacks conviction in the final third. Manning is aggressive and has a great left foot and a very decent cross.

The other option that they’ve used this season is Matthew Sorinola, a reported pre-season target for Norwich in the event that Max Aarons got a move. Sorinola impressed on loan at MK Dons last year with his pace and dribbling ability on the flanks.

The midfield has been dominated in recent weeks by long-term stalwarts Jay Fulton and Matt Grimes. Fulton is the ball-to-ball lungs in the middle of the park that marries well with Grimes’ role as the chief metronome for Swansea’s passing system.

Other options in the middle of the park are sparky Wolves loanee Luke Cundle, and former Liverpool playmaker Joe Allen, another who has returned from Qatar.

In attacking midfield, Cundle has shared time with Cameroon international Oliver Ntcham, a former Serie A player for Genoa and SPL winner for Celtic who offers a strong direct threat, and academy graduate Ollie Cooper, a capable technician on the ball who links play well.

Up front, Swansea have generally started with either Michael Obafemi or Joel Piroe.

Obafemi is the type that defenders hate playing against as he is physical, quick, and very direct. The former Southampton target man will be a threat, although his finishing and poise in front of goal can let him down.

Former PSV striker Piroe has scored 5 times in 18 starts this season which highlights one of the Swans’ problem areas. He is capable of dropping deeper and playing as a false nine to help link the play, but predominantly his role is to run channels and use his movement to get into space.

The backups are former Bristol City striker Jamie Paterson who has only made 2 starts this year, and the strikingly-named Armstrong Okoflex, an Irish loanee from West Ham who can play up front or out wide.

Overall, Swansea are a team that are very comfortable on the ball but can lack penetration up front. Defensively I think they’re solid but not averse to the odd error or two and can be pressed if we’re in the mood.

My guess is that it will be a close game, possibly not of the highest tempo and that the team who makes the fewest mistakes may well be the more likely victor.