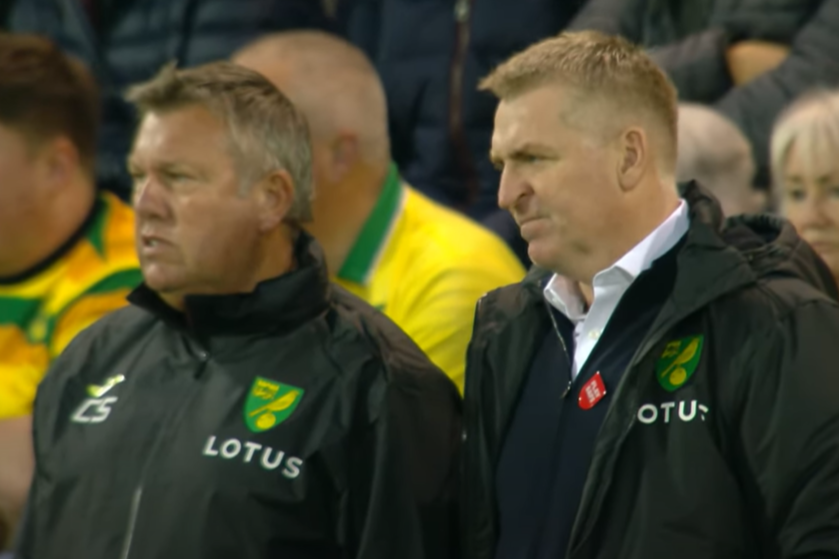 Saturday was a really strange day.

I had a bad feeling about our match at Swansea. As it turned out I was wrong, thankfully. But it really got me thinking – what do Norwich City really supporters want?

Later that evening, England went out of another World Cup valiantly, despite playing reasonably well.

Compare that with my mates’ reactions at full-time at the Liberty Stadium after our victory.

This was backed up by the Pink Un boys and Michael Bailey later that evening.

I have to admit I thought Dean Smith would be a good fit here. He has coached teams like Walsall, Villa, and especially Brentford who have played some lovely football, but I now have to admit that it just isn’t working.

Perhaps the time coaches like Smith, Steve Bruce, Neil Warnock, Mark Hughes, etc are over and it is the Daniel Farkes or Vincent Kompanys of the football world that we need to turn to.

The Championship has been won recently by us (twice), Wolves, Fulham and Leeds United. All footballing sides. You have to go back to Newcastle United under Rafa Benitez to find a more “pragmatic” team. Other than Marcelo Bielsa at Leeds, all were managed by young coaches and it looks likely that Burnley under Kompany will continue that trend this season.

The point I am trying to make is that we are not only underperforming points-wise with this squad, we have also failed to create anything like the style of football we played for many years under a succession of footballing managers starting with John Bond.

Dean and Shakey must take responsibility for that. Kompany, in half the time Smith has had, has rebuilt a team and a style of play.

It is awful football. The club cannot keep on saying he needs time.

There are now empty seats at Carrow Road on matchdays, something that hasn’t happened for years, so supporters are voting with their feet. It will be interesting to see what this level of “entertainment” does to season ticket sales.

City supporters will get behind the team even if they lose as long as there is effort, a style of football, and a vision. We had that under Farke.

It is not all Dean Smith’s fault though.

Delia Smith, Michael Wynn-Jones, and Stuart Webber must share the accountability. Only a fool now accepts that self-funding works and, let’s be honest, if you are borrowing against two years’ worth of parachute payments it’s not really self-funding in the truest sense.

Also, the club’s petulant attitude towards the fans and local media has done nothing but divide the club and its base.

If the club didn’t want the American investment story to get out then don’t sit them in the City Stand for a Premier League game. Paddy Davitt, Sam Seaman, and Michael Bailey would not be doing their jobs if they didn’t report on it.

And as for blaming the fans for last season’s relegation, this was probably the worst thing to come out of the club since Mr. Chase’s days. In fact, before then because I am pretty sure he never blamed us for relegation in 1995.

For me, I just want to watch decent football with the chance of winning games and being entertained along the way.

At the moment we have some very scrappy wins and zero entertainment. And with a strike force of Teemu Pukki and Josh Sargent (on paper, the best in the Championship) and good defenders at this level in Grant Hanley, Andy O, and Ben Gibson, the level of performance has to come down to coaching.

Sorry Dean I think you are a lovely guy but I still believe your time is up.