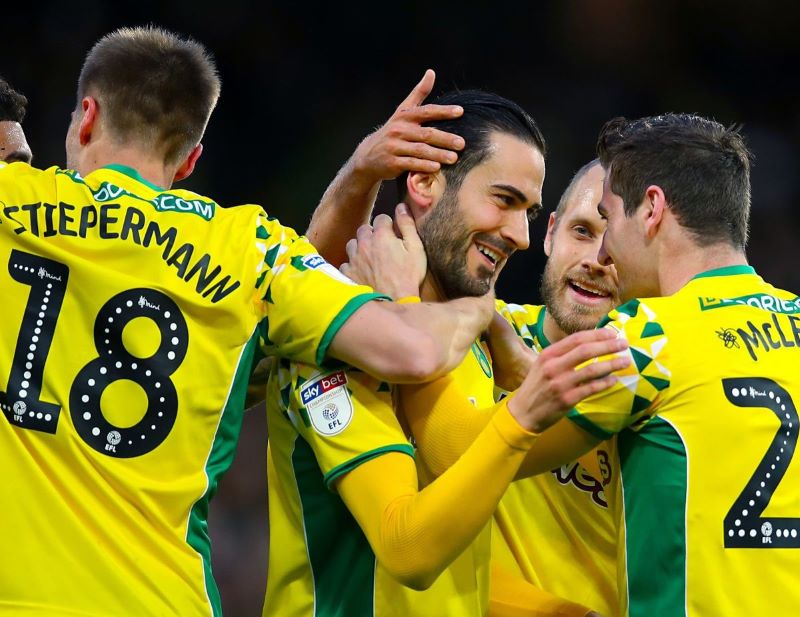 It’s hard to believe now, but City’s next opponents can boast a Premier League title.

The 1994-95 season was a historic season for Blackburn Rovers, while for Norwich it signalled the end of ten consecutive years in the top division. Rovers were themselves relegated, among growing fan/ownership tensions, in 2012 and have not since come close to a top-flight return. Perhaps until now.

By the time of our first meeting in the 1912 FA Cup, Rovers had already lifted the famous old trophy on five occasions including a unique three-in-a-row between 1884 and 1886 (the first of those wins coming against Scottish side, Queens Park). Blackburn were the first recognisable, and current professional, club to win the FA Cup. Winners before them were the old amateur sides.

Norwich’s 4-1 loss in that first meeting was completely predictable, Blackburn went on to become champions of England for the first time at the end of the 1911-12 season.

Encounters in the early years were rare and restricted to a few seasons during the 1930s (including a 5-3 win and a 6-0 defeat), the mid/late 1960s, and a couple of seasons in the 1980s, all of them in the Second Division.

The first top-flight game was a bizarre one. It came in the inaugural Premier League campaign in 1992-93 and Norwich were the early season leaders when arriving at Ewood Park on 3 October 1992. However, it would prove to be a day when everything went wrong for City, and ended in a 7-1 embarrassment.

The last thing the Yellow Army needed was a swift return to Ewood Park, but three weeks later they were there in the League Cup. On that occasion, only two goals were conceded but City still went out.

While it was the 7-1 rather than the League Cup defeat that stung the most, it did little long-term damage to a campaign that, in Premier League terms, was the Club’s best ever. They rallied to eventually finish third, despite having a negative goal difference thanks largely to that autumn afternoon in Lancashire.

Rovers themselves finished fourth, pushing us hard for that final European position.

The Canaries took their good form into the following season with an impressive early-season win at Blackburn. The 3-2 result was our first win in Blackburn in 15 attempts.

Scoring a double that day in August was Hall of Famer, Chris Sutton. A product of the Canary youth system, Sutton ended the 1993-94 campaign with 25 league goals – the most scored by a City player in the top division.

It was a tally that attracted a lot of transfer speculation as Sutton became the most sought-after striker in the Premier League.

Blackburn may have been unfashionable but thanks to Jack Walker they had the cash and it was them who landed Sutton for a then British transfer record of £5 million; Sutton joining another Norwich old boy, Tim Sherwood.

Blackburn, driven by the SAS (Shearer and Sutton) partnership, won the Premier League the next season, while Norwich, with Mike Walker’s squad now dismantled, ended it with relegation heartache.

Strangely Norwich came out on top in that season’s head-to-heads, winning 2-1 on Sutton’s Carrow Road return followed by an unlikely 0-0 away draw – Blackburn’s only home blank in the league that season.

There have been four Premier League meetings since, the last couple coming in 2011-12. On that occasion, a last-minute Grant Holt penalty sealed a thrilling 3-3 but Norwich lost the return game in the north-west 2-0. This was the last time Blackburn beat us. Since then, there have been six City wins and two draws.

One game in that run, stands head and shoulders above the rest – our meeting with Rovers on 27 April 2019 – a date etched in Norwich City folklore. Has there been a bigger party than the one that followed City’s 2-1 home win over Blackburn – I doubt it!

The equation was simple – a point would be enough to confirm promotion to the Premier League. City got all three in the end, the winner being a classic long-ranger from Mario Vrancic – a goal befitting the occasion.

Saturday’s meeting will never live up to that particular one (also a Saturday evening) but, hopefully, we can keep the run going.