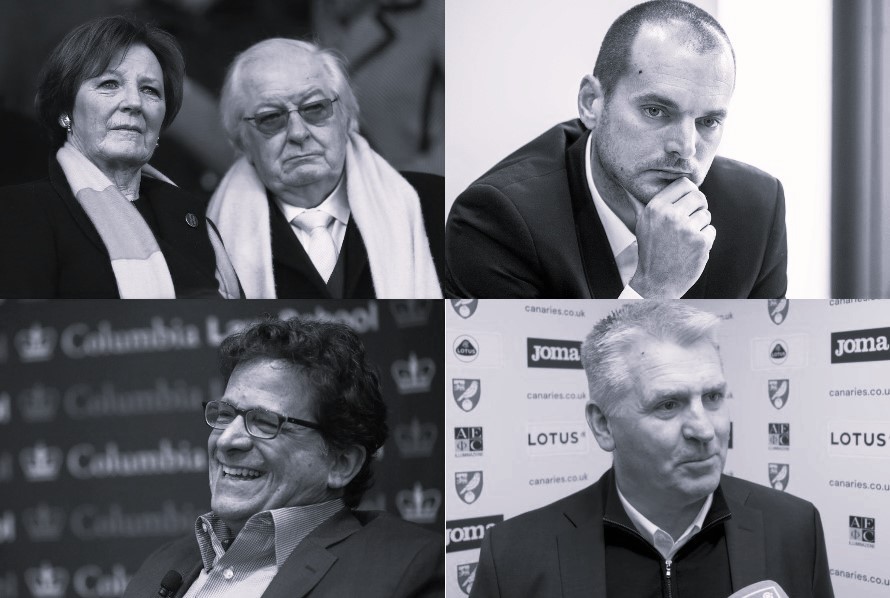 There’s something wrong in the state of NCFC. And it goes a lot deeper than losing 0-2 at home to one of your promotion rivals.

Against my better judgement I went to the game last night – the weather was awful, I have a dodgy ankle, and it was on TV. I could have watched from the sofa in front of the wood burner but no, I knew better.

So instead, in front of a live TV audience, I had some home truths, most of which I’d suspected for a long time confirmed to me. There are lots of things very wrong at my football club. From the corridors of power at Carrow Rd to the training pitches and soccerbots of Colney.

It has been obvious to everyone in Norfolk (except those who matter), that Dean Smith was not a good fit for Norwich City. Yes, he seems like a nice bloke, and he has a good track record elsewhere, but in spite of this, he has always felt like a square peg in a round hole. It was always going to be difficult for any manager to come in after the love affair Daniel Farke had with Norwich fans, but somehow this never felt right. Results were unimpressive from day one and talk of ‘a new animal’ after the World Cup always seemed very hollow

And after his Roederesque outburst after yesterday’s game, there was never going to be any way back. This is going to end badly. It’s just a question of when.

And meanwhile back at Carrow Road, people in suits are calling the shots and calling them badly. A lot of fans don’t get to see this side of things but I’ve had a ringside seat and I am quite frankly amazed at some of the things that have happened.

In recent years we’ve had some very capable people doing the job, and we were building up a great team who were supportive and a pleasure to work with. But one by one they’ve left, some of them unbelievably to our rivals down the road.

How on earth was that allowed to happen?

They’ve been replaced with people who talk a good job but come up short. Sure, they had great track records in business and probably great university qualifications, but football unfortunately is no ordinary business.

You can’t impose a business template on a football club. It doesn’t work like that. You need people in there with a feel for the club, the area, the history, and the traditions of the club.

If you speak to the present incumbents now about an issue and refer to something or somebody in the past, even the relatively recent past, they look blankly at you and obviously have no idea what you’re talking about.

And any sort of criticism will not be tolerated, whether it is from the local press or supporter groups. Privileges will be withdrawn. A siege mentality has evolved and is constantly getting worse.

The thing is though, these people are temporarily in charge of something that does not belong to them. The football club is ours. It was here long before they came, and will be here long after they’ve gone.

I have nothing but respect for our owners but feel the years are catching up with them. I think they’ve been happy to relinquish control of a lot of things, and have delegated responsibilities to people who don’t have the necessary knowledge and acumen to handle it.

They, in turn, have brought in similar staff, and the rot has set in.

So, in a nutshell, the whole thing really needs revamping from top to bottom. Relations need to be restored with the local press, and fans who give up their time and money must be respected and re-engaged.

I won’t be giving up my season ticket (although I know of several who are). I’ve been around long enough to know football is very cyclical and things will get better again. NCFC staff both on and off the pitch come and go. I’ll still be here.