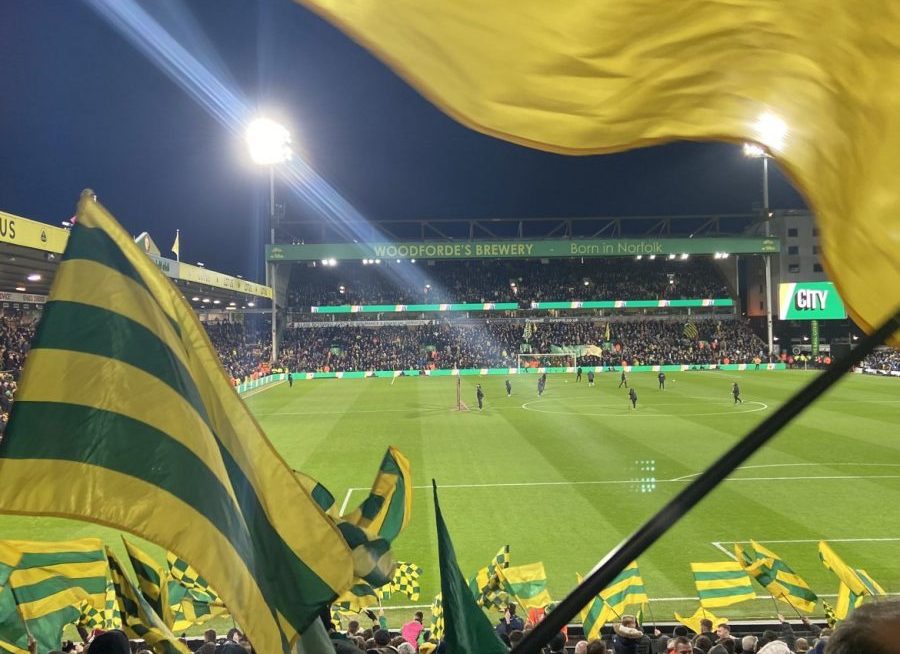 Gary doesn’t tend to allow his writing team to use the F word but I’m going to anyway.

This isn’t a gushing eulogy on our long-since departed German but for those looking for reasons as to why there is such a disconnect between the club and its supporters, I’d suggest he remains a major factor.

The man was the Yin to Stuart Webber’s Yang.

His expertise in forging the relationship with the fanbase allowed Webber to remain in the background, choose his own terms of engagement, and focus on his overarching remit as Sporting Director, namely making enough money to keep the club afloat.

I don’t believe that Webber has fundamentally changed his approach or his opinions on his role or the fanbase. He’s simply lost the one person at the club who orchestrated the goodwill that generated such togetherness.

We don’t know the brief that was given to Webber following his appointment as the club’s Sporting Director. I imagine the owners outlined their vision for a self-funded, sustainable football club and gave him the task of making it happen.

Balance the books, by reducing operating costs and generating income, and build a stable, secure future, without relying on handouts from the investors.

Within that remit, there is a question of what role the supporters and local media have to play in delivering the plan. Are we integral to its success or simply interested stakeholders watching from the side-lines?

As fans, we’d like to believe, it’s the former. However, I suspect that Stuart Webber sees us as the latter. Perhaps the reality lies in between.

Either way, if you deliver success on the pitch, it’s not even an issue.

Supporters will go home happy, basking in the achievements of the team and convinced that it’s ‘our’ victory. A notion that the club will happily endorse by maintaining that they couldn’t have done it without us.

Success naturally creates togetherness and builds goodwill. A vital commodity to draw from when times are tough or unpopular decisions need to be taken.

Webber and his team delivered outstanding results and deservedly built up a healthy balance of goodwill. But it was Farke who applied the polish, playing the crowd and local media like a master puppeteer, making us all feel valued and appreciated.

That goodwill provided insulation from potential criticism over the departures of star players and a failed attempt at securing Premier League survival.

The problems started when the success dried up, or more specifically when there was a divergence in people’s perception of what constituted success.

Last season, the goodwill balance took a hammering thanks to some hefty withdrawals and very little being returned to the credit column.

Emi Buendia’s departure was inevitable but a bitter pill to swallow. Subsequent failure to reinvest the transfer fee on adequate replacements was harder to accept.

The sponsorship deal with BK8 alienated a significant number of supporters and despite reversing the decision, the whole episode created division and seemingly left those on both sides of the debate harbouring a degree of resentment. Fans who had expressed their concerns were made to feel like an annoyance and directly responsible for hindering the club’s financial progress.

However, it was the change in Head Coach that ultimately proved to be the most divisive and damaging factor in the relationship between the Club and its supporters.

While many across the fanbase acknowledged the need, the manner and timing of the change created genuine unease.

Dean Smith’s arrival, days after being dismissed by his beloved Aston Villa, was greeted with a degree of surprise and scepticism as it seemed to deviate from the masterplan.

With no immediate upturn in results to ease the concerns, the new Head Coach found himself and his methods under increasing scrutiny and yet, despite that, has made little attempt to forge a meaningful connection with the fanbase.

Maybe that’s a reflection of his personality or perhaps it was a reaction to having lost his dream job and finding himself in a ‘foreign dugout’. Maybe he’s simply following the example and steer set by his boss to focus solely on the job, and not the fans.

Either way, the new Sporting Director/Head Coach partnership has neither the will nor the ability to effectively engage with the supporters and they have denied themselves the goodwill that would have eased tensions over the perceived downturn in results and performances.

I’m sure both would argue that it’s not their job to make the fans happy. They are responsible for trying to win football matches and making the club money. Get that right and you can legitimately expect the fans to fall in line anyway.

However, there is a fundamental problem with that thinking from a club that has given itself the unique challenge of becoming self-funded.

Norwich City needs its fans more than most of its competitors.

But the truth is there for all to see. Many supporters are choosing to stay away and those who are there are not happy with what’s being served up.

Ignore them at your peril.