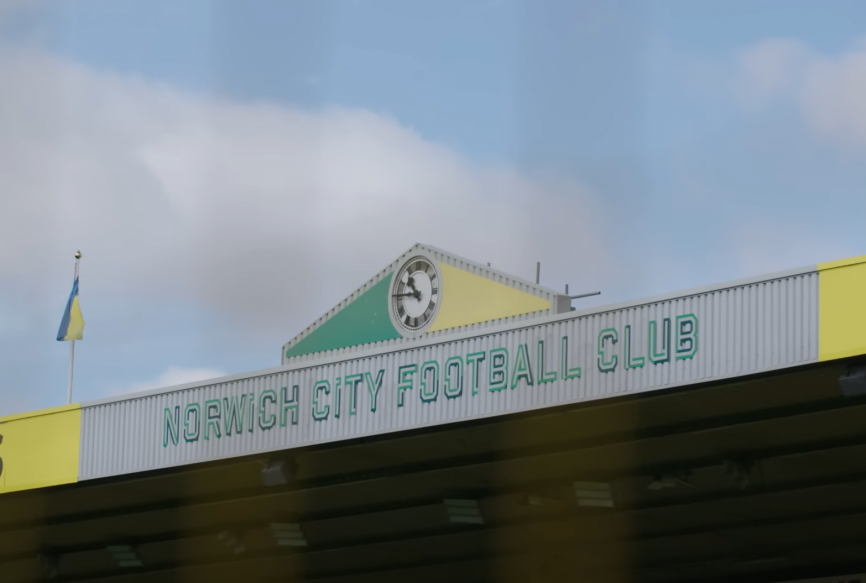 After reading Mick’s piece I thought, “Go on then, I’ll comment”. However, my response was long enough to put together a piece of my own.

Firstly, Mick was right to say his piece. We expected it and, to be fair, the one-way traffic was… well, one way. But I’m sure he’ll understand if I pick up on a few points.

I certainly understand why Dean Smith felt relieved that Norwich’s next game is away from home. But for him to articulate that when it is followed by three straight home games is, to be frank, a bit laughable. It’s almost as if Smith wants to get the sack.

Surely he should be thinking, “How do I get the supporters back with me when we come back to our front room?”

Mick accepts in his piece that every single person who supports our great Club has an unconditional right to express a strident opinion, and this is so true. However, supporters on both sides appear unable to accept the alternative narrative (for the want of a better word). Perhaps it’s a reflection of the wider world these days.

The claim is that our club is exceptionally well run by good folk. Again, I don’t disagree with the sentiment but the addition of the word ‘usually’ would perhaps have helped.

To make that claim when the Club has been close to administration on several occasions, and with the prospect of severe cost-cutting if we don’t get promoted in the next couple of seasons due to the money already having been spent, leads many to believe the Club is not being run as well as is being claimed.

Too many clubs have done exactly what City are doing at the moment – spending money they don’t yet have – and then have regretted it further down the line.

Most City supporters acknowledge that Delia and Michael are not in it for the money but they do appear to be content with mediocrity. Football is all about money these days, whether you like it or not, and mediocrity is what we have put up with for the past couple of seasons, particularly at home.

Without additional funding, we will only ever experience mediocrity.

As has been the case down the road, little investment led to stagnation and mediocrity until their new investors came in and offered them hope.

“At every single club; winning football matches makes other issues seem much less important – and losing matches magnifies every other complaint, real or imagined.”

I totally agree. But while City are not winning matches and putting in performances like we have seen this season, supporters will pick up on every little detail particularly when the Club’s media and people within the Club act as if everything is rosy, both on and off the pitch.

There may not be a complete disconnect but refusing to acknowledge any issues will only end up creating a chasm that will be very difficult to bridge.

Regarding staff leaving the Club, there is an acknowledgment that Ipswich came poaching, but should it really be perceived as a tribute to the work done by the current regime in order to improve things? For me, this point is irrelevant. NCFC should be reacting to its competition.

It appears the Club is happy to trundle along losing staff to other clubs and then praise the changes being made elsewhere without anything being done at Carrow Road.

When Mick talks of the regular, structured meetings with the Supporters’ Trust, all members of the Trust will have seen the minutes from meetings. While I accept that most points are discussed in detail, I know from the communication from the Trust, as well as conversations with members, there are still significant frustrations in the way the Club handle points raised and perceived issues.

And with regard to the new Fans’ Consultation Group and much-improved in-house media content (“easily among the best in the Championship”), I raise two points. The Fans Consultation group is, quite frankly, laughable judging by the minutes of the meeting posted recently. Several points raised by the group had been ignored by the Club, and all the points raised regarding the atmosphere have not been acted upon.

So it begs the question, what is the point of it?

The in-house media is predominantly very good, however, and the perception of it being a North Korean-style operation that ignores anything negative is usually one pounced upon by people seeking to bash the Club.

The Community Sports Foundation is, without doubt, this is one of the best things the current NCFC regime has been part of. But providing those necessary links to the community only emphasises the failures elsewhere within the Club in terms of its external communication.

Newsquest and The Athletic are not banned. “They attend every media conference where they can ask any question they wish.” But we know it’s only limited access compared to before.

“What’s happened is just that private briefings have stopped and so the situation is much like it is at most clubs in the land.”

So, what happened to NCFC doing things differently? Why does the top brass suddenly want to run City like every other club in the land, when they have always wanted to be the ones setting the pace? Obviously, with the lack of independent media scrutiny, we will never know the answer to this.

Talking of other media that Mr. Webber has done, while I applaud the efforts by Mick to promote his friend’s podcast, I consume my City content from the usual suspects. Personally, I don’t want to go searching for stuff that should appear in the local media – whether that be Pink Un, Radio Norfolk, or good old MFW. All of these outlets are manned by die-hard City supporters who I would like to think will ask the questions most are thinking.

“Anyway, as I said was always the case 25 years ago, I believe it is this season’s performances and results which are the real cause of all the current angst. The performances, particularly at home, have led to widespread frustration which has fermented into anger.”

Those of a certain mindset appear unable to separate performances and results. During the height of the pandemic, I realised that my reason for going to football was not all about results, and indeed it wasn’t about just watching football – we could all do that at home. Instead, it was about community, entertainment, and seeing friends and family.

While results do a great deal to alleviate frustrations, the performances of the team and the individual skills that appear to be no longer there contribute to the current angst in the stands and across the City support.

Even Mick will, I’m sure, admit this is not happening this season and it didn’t under Dean Smith last season either. Most supporters realised it wouldn’t be easy, but to have capitulated with poor football and negative tactics was never going to the supporters on side.

And then there are the parachute payments. As mentioned earlier in the piece, the Club has already admitted to having borrowed and committed those sums for this season and next, and so if we don’t go up, we really are in the financial do-do.

It’s also widely recognised that Smith has not coached the best out of the players, yet this is at odds with his reputation as a widely respected coach within the game. He has had more than a year to make a difference.

And the argument around it taking time to integrate new players into the squad… 10 out of the 17 on duty on Saturday were here for the previous Championship-winning campaigns.

Also, Angus Gunn has also been here before and Sam McCallum and Danil Sinani both know the league well. This is not a much-changed squad and, in fact, in many people’s opinion should have been changed more to eradicate some of the dead-wood

Mick also refers to Smith’s biggest failing being that he is not Daniel Farke but this, to me, is also irrelevant. If we were playing well, people wouldn’t care who was in charge.

And with regard to the jeering of the passing to the goalkeeper, and passing along the backline, which was the basis of Farkeball. Gunn to Gibson to Hanley to Gibson to Gunn then lumped forward, with no thought to actually play through midfield, is not Farkeball.

These players can do better, so I can only assume this is how they are instructed to play at the moment.

Finally, I want to point to the avalanche of articles and content from die-hard City supporters, all of whom want Smith to succeed. But they just don’t see this happening anytime soon.

But, to conclude, Mick’s piece was an important one; one that offered the opposing view to almost all of those appearing on MFW.

It showed, again, the value of local supporter-based websites and media.