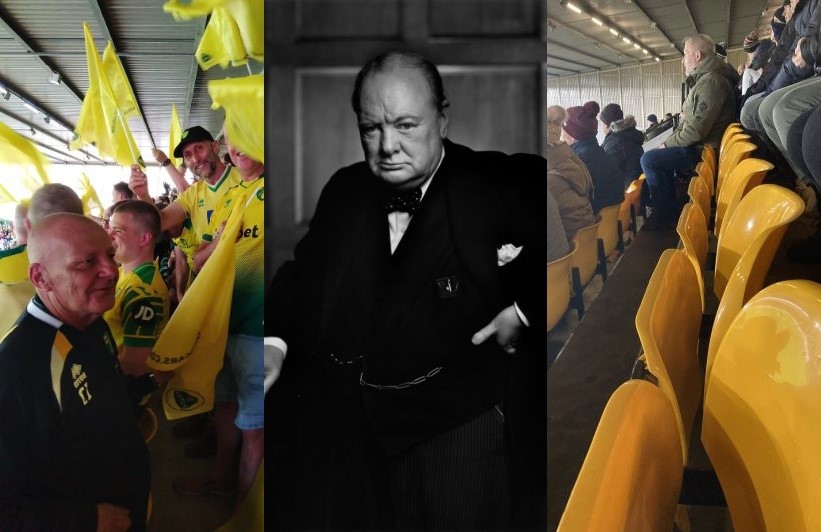 Famously, Winston Churchill once described Russia as a riddle, wrapped in a mystery, inside an enigma.

The New York Times put a modern spin on this at the start of the millennium by suggesting that the Churchillian words of 1939 were carefully chosen to speak eloquently of the Western sense of Moscow as the other – an inscrutable and menacing land that plays by its own rules, usually to the detriment of those who choose more open methods of co-existence with the rest of the known world.

Dealing with Mother Russia tends to be perilous in the extreme as the infamous double, triple and maybe even quadruple wartime espionage agent Richard Sorge eventually discovered by paying the ultimate penalty for being rumbled by the NKVD after one nefarious action too many.

Sorge was arrested in Japan for spying. He was tortured, forced to confess, tried, and hanged in November 1944. Stalin declined to intervene on his behalf with the Japanese when he easily might have done so as Japan was in no position to defy Russia by that late stage of the war.

In the most bitter of ironies, Sorge was posthumously awarded the title Hero of the Soviet Union in 1964 by Nikita Kruschev.

As fascinating as the story of Richard Sorge truly is, what the kinell has it got to do with Norwich City I audibly hear you wonder.

Well, strangely, there are parallels to be drawn, triggered in this instance when MFW regular Don Harold sent me the photograph on the right of the triptych above on Monday morning when I informed him and some other friends that the official attendance figure for Saturday’s Blackburn match was declared at last. Nowhere close to the realistic estimates of 18,000 that seemingly everybody else was quoting, but a majestic 25,866.

Don’s response was quick, sending me the picture which he took from my seat, DU/L/0091, shortly after kick-off and captioned as follows:

‘The seats – and many others – stayed empty throughout the game. If there were almost 26,000 there on Saturday, I scored the winning penalty in the World Cup final!!! Norwich City may regret employing the North Korean PR execs one day!’

Was this grudgingly released crowd figure deliberate disinformation? Or simply replacing bums on seats with the number of tickets actually sold?

Even if it’s the latter option being used in the calculations, it would seem like some 6,000 people can simultaneously afford to buy a ticket and then say to themselves: “What’s 30 quid? I’ll just write the expenditure off and not bother to turn up on a whim”.

Well, I’m sorry about this but I simply don’t believe it. To the point that I would welcome an investigation by either the FA or the EFL. Or even the Dagenham Girl Pipers if wider attention might thus be drawn to it.

If nothing else it is morally wrong and the fact that I am still seething about it four or five days later is very unusual for me I can assure you.

Admittedly my wondering whether these tactics are more worthy of PRAVDA than Norwich City Football Club veers towards the stuff of fantasy, but I still feel badly let down by this incident, which to me is a perfect example of the microcosm and the macrocosm surrounding our beloved club.

This feeling is compounded by the inclusion of the picture on the left, which a mate took for me from the very same seat just before the Liverpool game in August 2021. See the flags, regard the anticipation, and take in the joy on the faces of old tuskers who should know better as SS Farke prepared to sail again on the hazardous waters of the Premier League.

What a difference the past 18 months has made. See how much we loved the Club then but have now lost our faith in and in my case at least, trust of.

Forget Dean Smith for a [brief] moment. Apart from a seemingly ever-decreasing number of lesser mortals, there have been four constants in the supporters’ descent from some type of ecstasy to every kind of agony.

These are the same quartet who are happy for Dean Smith to blame our obvious ills on the fans. Or if they are not happy for this to happen they have a funny way of showing it, allowing some accountant fella by the name of Anthony Richens to join in with the theme of “it’s all the fans’ fault”.

Or did Richens start it with Smith riding on his coattails?

I cannot remember the sequence and am frankly past caring.

Richard Sorge and Daniel Farke are an unlikely pair to have shared very much in life, but both were cast as the fall guy when it was probably far too late.

There are few who will complain if and when Dean Smith shares their fate.

The most sincere wishes for a Merry Christmas and a Happy New Year to all you wonderful MFW readers out there from Yours Truly.

I love reading and replying to all your comments [the comical ones just as much as the serious stuff] so please keep ’em coming in 2023.

In the meantime, you tell ’em boys: