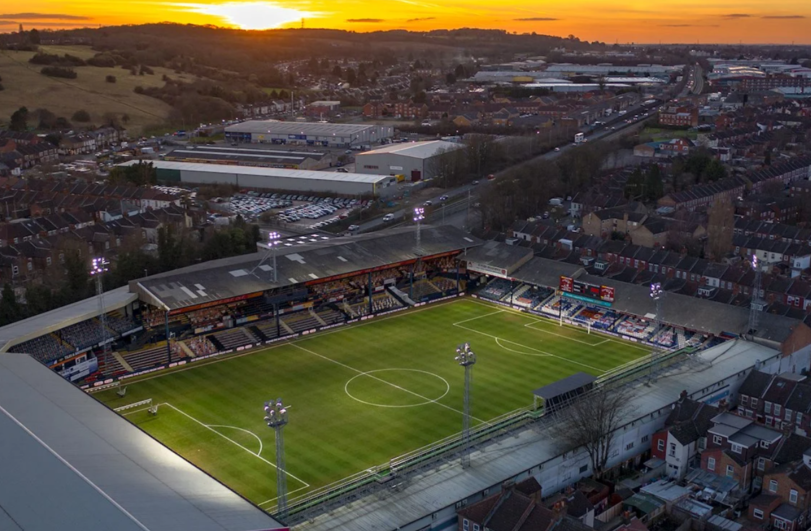 Where to start for this match preview.

There’s been a host of excellent MFW content in the aftermath of City’s placid defeat at the hands of Blackburn Rovers, and the Dean Smith disasterclass that followed in his media interviews.

Though, despite the cries from thousands – and the empty seats from others – Dean Smith is still Head Coach of Norwich City Football Club, and he’ll be desperate for a result against the Hatters on Boxing Day.

Monday will be Luton’s second match since the World Cup break, and their first home match with Rob Edwards in charge. Their first game with him at the helm was a 2-1 defeat by Middlesbrough, although they were reduced to ten men before Boro got their winner.

Last season’s playoff semi-finalists have had an okay start to the season, and currently sit 15th – but just five points behind Norwich, and with a game in hand.

The last time City and Luton played, in October, the Hatters won 1-0 in a game best remembered for Kenny McLean’s dubious red card, and Grant Hanley backing off from Carlton Morris before the latter scored the winner.

Nathan Jones was in charge then, but Luton lined up in a 3-4-3 and were incredibly resilient in defence. There’s certainly reason to be optimistic, however.

Since Luton’s 1-0 win at Carrow Road, Town have only won one of their last seven games. In different circumstances, I would be fairly confident that Norwich could walk away with the three points.

However, this is Dean Smith’s Norwich City.

The football has been bland, the results fitting, and while City sit fifth, we’re closer to 18th, than we are to second. While I won’t get into the depths of the “Smith Out” conversation in this match preview, you can probably gather which end of the argument I’m on.

Formationally, we don’t yet know whether Luton will play with a regular system, or alter their approach depending on the opposition. One thing that we should expect is that they’ll play with a back three although it is possible that may change following Amari’i Bell’s red card against Middlesbrough.

Josh Sargent will be up against fellow countryman Ethan Horvath, if the former starts. Horvath has made eight appearances for the USMNT, and they’ve both been in the squad together.

I believe Edwards will be wary of City’s attacking threat, and opt to play with a number 6 instead of a number 10.

Two former Norwich strikers feature in the Luton set-up, but I predict that Morris will be the only one to start against his former club, with Cameron Jerome on the bench.

Morris has had a strong first season at Luton, so far, scoring eight goals in his first 18 games for the Hatters. Over the last few seasons, he has made a name for himself as a prolific Championship goalscorer, managing at least seven goals a season since joining Barnsley in 2020.

This is a bold team selection, with two players coming back in who have been contentious with injury troubles recently.

I think Smith will have recognised how much weaker the side has been without Andrew Omobamidele and, pre-injury, Marcellino Nunez. They might not be 100%, but Smith may see it worth the gamble in the circumstances

To avoid some of the criticism surrounding Sargent being shoehorned in out wide, I think he’ll be played up front alongside Teemu Pukki, despite the American playing his best football as the lone striker. He did though score against Middlesbrough playing in this position.

Gabriel Sara hasn’t lived up to his price tag yet, but it’s either him or Kieran Dowell to play as the number 10, and I think Smith will prefer the Brazilian.

On paper, that XI should be good enough to win the game. This is what the bookmakers think…

Most of the bookies are indecisive about Monday’s match, with some favouring Norwich and some thinking Luton the more likely winners.

Dean Smith needs three points – as simple as that – and if he doesn’t get them you have to consider his position almost untenable. Most football clubs would have let him go weeks ago. Maybe City’s hierarchical stubbornness will prevail.

Live on Sky, it’s set to be a good game, and one that City need to win, perhaps to keep their top two hopes alive.