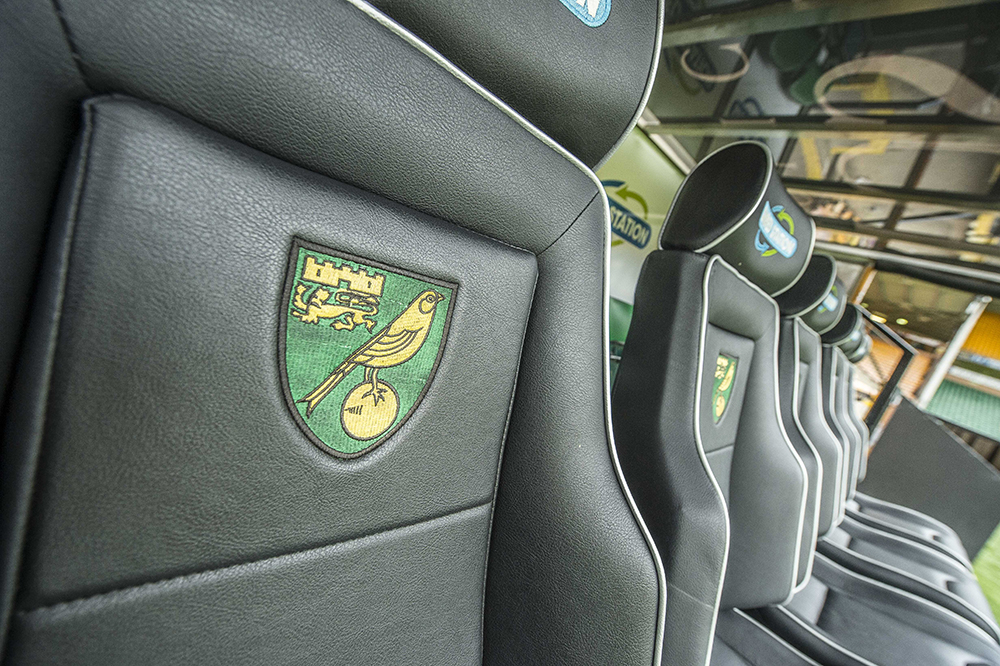 So, what has felt inevitable for a long time has finally happened. Dean Smith is no more. What at the time seemed a baffling decision has ended as many predicted it would – in disaster.

The flowing football that fans were promised never materialised, with Farkeball being replaced by a ponderous, disjointed mess that the fans ended up despising. With Carrow Road turning toxic, and fans fighting in the stands live on Sky, something had to happen.

The last time on MFW, after the sacking of Daniel Farke, I wrote a section on the positives of his tenure and would love to be able to do the same for Smith. Except I can’t think of one.

One win in seven at home. He has lost 51.9% of competitive games in charge of Norwich, more than any manager of the club in 50 years. He seemed to have an utter disdain for the fans, failing to even attempt to build a bond with those who travelled across the country to support him and the team.

So now the question once again turns to who will be the next person to take the reins at Carrow Road.

One of the main issues Norwich currently face is the future of the Sporting Director. The sacking of Farke, while hardly coming out of the blue, left a real sour taste in the mouth due to the way it occurred. Sacking an incredibly popular manager had to be followed by an intelligent and successful appointment.

Dean Smith was not this.

The claim that he had a shortlist of replacements appeared ludicrous, as Dean Smith was still in post when Farke was let go. Webber’s comments in interviews, disagreements with the fans outside of Carrow Road, and the complete breakdown in communication with the local media have helped reinforce the image of a man completely disinterested in the club he works for.

If Webber wants to leave the club in the right place, as he has frequently claimed, it is vital that he either gets this appointment correct or steps aside to allow his replacement to appoint their preferred candidate.

Last time Norwich were looking for a new Head Coach, Kjetil Knutsen was seen as a frontrunner for the role. While I still think his appointment is unlikely, especially due to his public statement that he is “completely uninterested” in things outside Bodø/Glimt when linked to the Brighton job, I do think that it is more likely than at the last opportunity.

The Eliteserien season has ended since the Brighton position was filled, with Bodø/Glimt next playing on 16th February against Lech Poznań in the Europa Conference League. Knutsen’s style of football would suit Norwich, with his aggressive counter-press and desire to dominate the ball.

After a difficult campaign last season, if Knutsen desires a fresh challenge, now would be a perfect time. Due to Webber’s lack of commitment to the club, Bodø/Glimt Sporting Director, Aasmund Bjørkan, could be an exceptional replacement, especially due to his close existing relationship with Knutsen.

After leading Bayer Leverkusen to their best campaign in the last seven years, finishing in third in the Bundesliga and qualifying for the Europa Champions League, Seoane was let go in October due to a poor start to the campaign.

However, this is the only blemish on an otherwise stellar CV, with Seoane averaging a minimum of two points per game in both of his previous positions in Switzerland. At Leverkusen he was well regarded for his fast, attractive football, deploying his team in a 4-2-3-1 with overlapping fullbacks.

The language barrier would not be an issue – Seoane is fluent in English, as well as in German, Spanish, French, Italian, and Portuguese. Still young in managerial terms, the 44-year-old would be a fantastic and exciting appointment that could really help us flourish.

This would be a real statement of intent. While Norwich are not currently in the Premier League, the club has an exceptional track record in the Championship and, with the right coaching, stands at least chance of returning.

This would be an incredible achievement for somebody who has already achieved a great deal in the game, as she could become the first female manager of a Premier League team. Emma’s Chelsea are an incredibly potent attacking team, with an effective pressing and defensive structure that is lethal in transition.

Her team’s vertical quick passing would suit players such as Teemu Pukki, providing him the service he has lacked this season. If Emma Hayes would view Norwich as an interesting new challenge, then the club would be unwise to not consider her a candidate.

After a glittering career, the fifth-highest goal scorer in Champions League history and runner-up in the 2001 Ballon d’Or retired from football in 2015.

Since 2018, he has been working as a coach for Real Madrid’s youth teams. He is regarded as a strict disciplinarian, who firmly believes that his players show responsibility, humility, and respect. As a manager, he likes to keep a low profile, demonstrated by him refusing to take part in a documentary that would follow his day-to-day movements.

The counter-attacking 4-3-3 that he sets up RM Castilla in would suit the current personnel available and would potentially be the more pragmatic solution Webber is looking for.

As a (supposedly – Ed) community-focused club that prides itself in youth development and engaging with the local community, Raúl could be just the kind of coach Norwich need and might be the exact opportunity he is looking for.

Nielsen is a name that Norwich fans may not be familiar with. Some fans may have seen him play though, as the centre-back played against the Canaries on four separate occasions during his spell at Aston Villa between 1989 and 1992.

Nielsen has only ever managed in Denmark, so a leap to an English club looking to return to the Premier League may be a big ask, but his recent track record at Silkeborg suggests that he would be more than up to the task.

When he took over, Silkeborg were yo-yo-ing between the Superliga and 1. Division, however in 2021-22 he took them to a surprise third-place finish. This saw them qualify for European competition for the first time since the 2001-02 campaign.

Unlike Norwich of late, Silkeborg are effective when in possession, last season recording the second-most average shots per game and ending 27.9% or their attacks with shots, the third-best in the league. His attacking 4-3-3 and focus on maintaining possession with quick sharp passing would perfectly suit the team and help get the fans back onside.

Just like last time, I’ve included a section of those who just missed out on my list:

While I believe that Dean Smith was not the right person for the Head Coach role at City, the problems run far deeper than just him. There is a malaise that has settled over the club, with the fans being completely ostracised by the higher-ups within.

The appointment of the next Head Coach will make or break Webber’s legacy. If he gets it wrong, people will begin to question if he merely got lucky, benefiting from the skills of the team around him and the foundations set by the previous regime. With the right appointment, he will potentially cement his legacy as someone who has paved the way for a new and bright era for the football club.

Only the future will tell us which of these it will be. The roller coaster ride of being a Norwich fan continues rumbling along the tracks.

Who knows what is the other end of the tunnel?