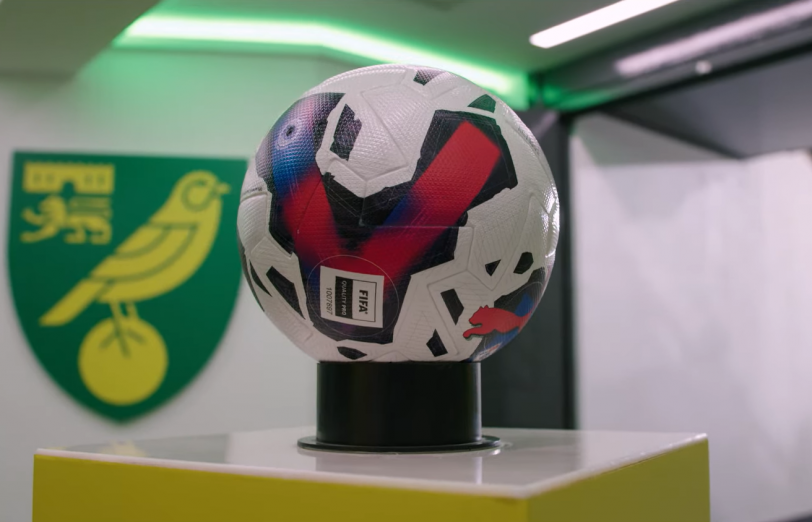 Norwich City play their first game since the inevitable sacking of Dean Smith as they host Reading at Carrow Road tomorrow night.

They come into this game off the back of losing to ten-man Luton Town on Boxing Day, while the Royals beat Swansea City 2-1 on Tuesday.

The last time we played Reading at Carrow Road we confirmed the 2020-21 Championship title under Daniel Farke for the second time with a 4-1 win (goals from Kieran Dowell, Xavi Quintilla, and Teemu Pukki) but when we met back in October, it was a 1-1 draw, with Grant Hanley and Jeff Hendrick scoring 10 minutes apart.

We also haven’t lost to Reading at Carrow Road since December 2014 where we lost 2-1 and are unbeaten in the last eight meetings, with six wins and two draws.

So past encounters may swing the odds in City’s favour but given how we have been playing in recent weeks, many would say Reading have a good chance of beating us, albeit now without Smith in the dugout.

When I last wrote a match preview, we had lost to Luton (h) in the previous match with a performance that almost sent me to sleep. Two months later, absolutely nothing had changed against the same opposition.

No one in our team looked like they wanted it. Yet again the lack of style and identity was showcased to anyone watching the game, whether that be in the stadium or on Sky, which ended the way many expected.

Reading, on the other hand, have been one of the many overachievers in the Championship this season. Many predicted a relegation battle for them but they sit eighth in the league, level on points with us, and just four points from third place. And they have won more games than City.

The Royals have three wins in their last five games (we’ve only won three times since we last played them) – scoring seven and conceding seven – but they do have a negative goal difference and are one of only two teams in the top half of the table to have conceded more than they have scored.

Paul Ince has done a spectacular job with the players he has, which only goes to exacerbate just how poor Smith’s coaching was, but this isn’t a piece about him. Instead, we’ll have our Under-23s manager Steve Weaver and set-piece coach Alan Russell in the dugout.

Aaron Ramsey and Todd Cantwell are still unlikely to return from injury but apart from those two, I’d expect City to have available the same players that featured on Boxing Day.

As for Reading, they have options if Ince wishes to change his starting XI, but no fresh injury concerns.

I expect Weaver and Russell to revert to a back four after an unsuccessful attempt at a back three against Luton. I’m also hopeful of two changes – Ben Gibson being dropped to allow Marcelino Nunez to come into midfield and Isaac Hayden to come in for Kenny McLean.

I expect Nunez to come in to add some much-needed creativity to this team, and I hope Weaver and Russell give him the freedom him to roam and be creative. After all, that’s why he looked so impressive in the first few games of the season.

As I stated in my last piece for MFW, if we see Sargent drift out wide, I might just storm into the technical area and give some heads a wobble.

Realistically, many City fans just want to be entertained again. It’s been far too long since the fans have left Carrow Road and been impressed with the display we’ve seen.

No pressure, Steve and Alan.

Despite having Amadou Self Mbengue and Baba Rahman available as alternatives in defensive areas if Ince wishes to make a change, I’m not expecting him to make any from the team that beat Swansea.

They may well have the weaker team on paper but as we have learned through our misfortune, it is the quality of the coach and his tactics that gets the best out of players.

Given the recent developments at Carrow Road, this is such a difficult one to predict.

Both teams have big reasons to win. Reading will go above us with a victory in East Anglia, but City’s players have to prove to the fans they are worthy of our support and are still capable of getting promoted to the Premier League.

At the same time, we may well be happy with a point if it ends up being a competitive game, but I think the fans will be desperate for all three. Hopefully, the players have that same attitude.

Carrow Road needs to be bouncing for this fixture. Maybe we’ll finally see the “City Elite” make an appearance with their popular drum.

One of the main causes of the toxicity and separation is gone, so it’s the perfect excuse for all of us to back the players and spur them on to the win.

I predict, however, we’ll only get a point in a 1-1 draw but, for all we know, Weaver could be a tactical genius and coach our best performance of the season. Equally, nothing may change.

So, would you make any changes to my starting XI? And do you fancy City picking up all three points on Friday night?

Let me know your thoughts in our comment section below.