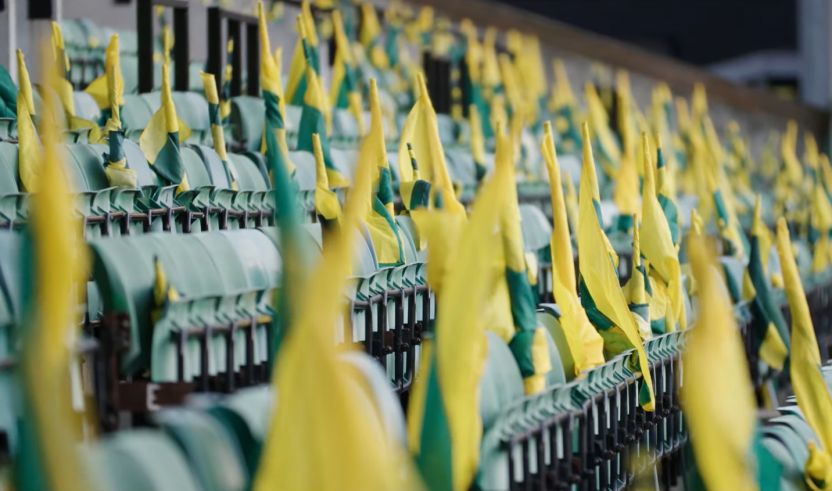 It’s always easier to highlight problems than offer up solutions.

Over recent weeks and countless column inches, we have collectively dissected and debated the factors that led to the departures of Smith and Shakespeare.

The more difficult challenge is to identify exactly what should happen next.

This a challenge I’ve conveniently sidestepped in recent articles. Pointing out what’s going wrong and calling for change, without grasping the nettle of defining what that change looks like.

It’s one thing demanding better football and calling for a change in head coach, sporting director, or ownership. It’s quite another thing to actually make it happen and make it work.

To keep with a festive theme, far easier for kids to write their Christmas lists than it is for Santa to deliver the presents.

I’m guessing most of us have a similar wish list in terms of what we want our sporting director to deliver.

A head coach with a brand of football that leaves us on the edge of our plastic seats. One who sees the position as a step forward in their career and recognises the importance of bringing the fans on board. Someone with the nous to craft a promotion-winning team and the flexibility to adapt it to meet the very different challenge of the top flight.

Finally, they need to hit the ground running and try to salvage this season.

And therein lies an issue. Does that person exist and if so, do we have the appeal and finances to bring them here?

See, I said it was easier to highlight the problems.

The range and diversity of names currently doing the rounds suggest there isn’t an obvious solution and standout candidate. For every opinion and option that is offered up, there’s a person willing to shoot it down.

It’s fun to speculate but I won’t run through the list of potential replacements. You will have all seen them by now, alongside the cases for and against their recruitment.

[If not, take a look at Luke’s analysis]

Climbing off the fence, and for the record, Mark Robins would be my preference.

I still consider Kjetil Knutsen to be the ideal person, but I suspect that’s a non-starter.

Of course, while the search continues and the process plays out, there is a possibility that our caretakers seize their opportunity and earn themselves a longer spell in charge.

They are in the box seats for now and there’s an obvious appeal to recruiting from within, provided they can deliver an upturn in fortunes. Gary O’Neil’s permanent appointment at Bournemouth may provide some reassurance that sometimes the best person for the job can be right under your nose.

I wouldn’t be averse to that scenario playing out, because I genuinely don’t mind who coaches the team, so long as they’re starting to tick the boxes on the wish list.

That’s why the criticism of Dean Smith was never personal. Nothing to do with him as an individual, his CV, his accent, or his family. The supporters wanted him to succeed at Norwich and deliver the performances and results to send us home smiling.

He wasn’t wrong to suggest that a narrative had developed that was critical of his record and methods. But it wasn’t a coordinated attack, designed to undermine or based on preconceptions and prejudice. It was simply the result of collective observations, opinions, and facts.

In defending himself and deflecting some of the blame towards the supporters, another narrative has developed in response to that criticism.

As fans, we believe we’re generally loyal, tolerant and supportive, demonstrated in recent years with relegations being greeted with disappointment rather than protest. Season ticket sales and attendance figures suggest that the fanbase has stuck by the club through the good times and the bad.

We would probably all admit that the last few months have not shown us at our best, with the atmosphere at Carrow Road ranging from non-existent to damn right toxic. Little wonder that the pundits and commentators from the media, and the fans of other clubs, looking in from afar have expressed some sympathy for Smith.

But our narrative is built upon the notion that we’ve been pushed away by the club and treated like unwanted guests while being served up performances that are uninspiring and undeserving of the talent within the squad.

Give us a reason to get behind the team and we’ll do it.

For some of us, the issues run deeper than an underperforming team so changing the head coach isn’t a magic wand to heal all the rifts and discontent. And with no clear consensus as to who is best placed to take over the reins, there is also a possibility that the new appointee won’t be universally well-received.

But it’s a start, and the slate has to be wiped clean, as it was for Dean Smith when he first took his seat in the City dugout.

If our narrative is correct and we are genuinely the fans we’d like to think we are, it’s now up to us to prove it and turn Carrow Road into the place we know it can be.

That starts with the visit of Reading tonight.

Come on you Yellows!