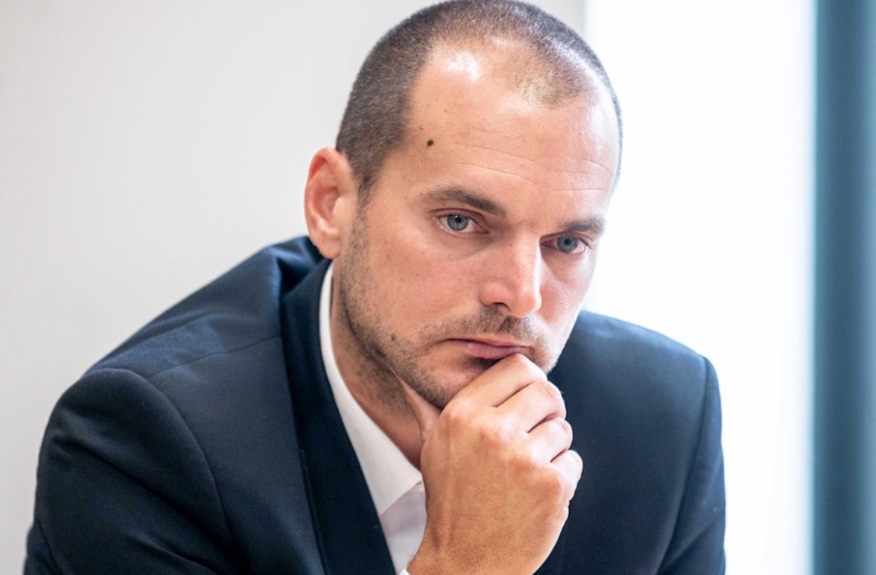 The Dean Smith sacking is an article for others to write. I was an advocate, a big fan. Then I was patient, flirting with the benefit of doubt. Then I was sceptical. Then I was confused. Then I got bored and, eventually, agitated.

It was worth a punt, it failed. We move on. I was wrong and he was the wrong choice.

Anyway, back to that painful winner at Kenilworth Road. Cauley Woodrow finished that move with his first touch after spending three months injured. Then rewind to Riley McGree equalising for Middlesbrough in November, and then 19-year-old Pat Jones scoring on his debut for Huddersfield at Carrow Road.

Firstly, the quality of these goals is beyond the technical ability of any Norwich City player, despite us having no fewer than a dozen attacking midfielders at our disposal. Such goals ought to dispel the arrogance that runs through Carrow Road and bring home the fact this squad lacks the quality it is assumed to have.

Secondly, watch those same goals again with an analytical eye. Watch Grant Hanley or Isaac Hayden and their attempts to stop those goals. On other days it will be Ben Gibson. But, “we have one of the best teams in the league, players promoted from this league, sometimes twice”

Actually, we have the leftovers.

Maybe I could add Jordan Hugill to the list. Ditto Dimi Gianoullis and Kieran Dowell. And then there are our two South American midfielders – two attacking players with no quantifiable pedigree in the English game signed for a combined £6 -10 million, who have joined the list that contains the names Sinani, Tzolis, Rashica, and Placheta.

Ultimately, we have a Pandora’s Box of players who don’t suit each other on the pitch. Anyone who can tell me that Gianoullis or McCallum defend better than their stand-ins, Jacob Sorensen, or Kenny McLean is watching a different game.

Has anyone seen either of our left-backs deliver a decent cross? Does anyone think any central midfield grouping is balanced? Can people see the compromises imposed on both players when Teemu Pukki and Josh Sargent play together?  And does anyone think it’s a good idea to play two right-footed centre-backs?

There’s a reason why we’ve struggled to break a high press with Andy Omobamidele and Grant Hanley playing together. We are yet to see Gibson play alongside Andy O as that would mean dropping the club captain.

Some things just won’t ever happen.

I think that’s the defence, midfield, and attack all covered but there remains one underlying problem that ties all of these issues together.

Put it this way…

For me, the core problem is and has been, Stuart Webber. His recruitment has been an utter farce, and that includes identifying Dean Smith who has played 4-3-3 at every club he’s ever managed.

Stuart, on what planet did you see a viable 4-3-3 with this squad?

Webber is a man who has engineered a niche career for himself and, in my opinion, is a man whose CV lists achievements that do not merit his actual input. I am pleased with what he’s achieved off of the pitch, but I’m afraid he’s a man whose true legacy is his incompetence in recruitment and the subsequent consequences he’s imposed on the pitch.

I would also say he has tried to be ambitious, although some will argue otherwise. I think he’s tried but he’s failed.

Webber started as a coach at Wrexham and after a few other jobs, acquired the sporting director role at Huddersfield.

I think he saw an opportunity, one he’d later see at Norwich, where he could impose his personality and dominate proceedings, and where there was just enough money to play with.

He was effectively given grace to play “Fantasy Football” in the real world and on a Championship stage.

Once appointed at Huddersfield, Webber headed to Dortmund for David Wagner, a trick he later repeated for Daniel Farke.

Getting your head coach from Dortmund is not football rocket science, but it was novel then and credit to him for such foresight.

In total, in one season, Webber authorised David Wagner to choose an entire first team from scratch. It is essential to remember that. Huddersfield took six points from Norwich on their way to promotion.

And then between 2017 and 2019, he allowed Farke to buy a dozen perfectly matched players after he had blown some cash on players like Marley Watkins.

The second promotion was the best and worst of Webber because he acquired Oliver Skipp and we kept the services of Emi Buendia.

Without either player in the team in that 2020-21 season, the team struggled to deliver but with both in it, it excelled.

It was easy to predict where we would be in 2021-22 if our sporting director was unable to replace either player. As it transpired he made a complete dog’s ear of compensating for their loss.

Instead, he went down a rabbit warren of recruitment that baffles me to this day and made decisions that compounded where we’d be in 2022.

Thereafter, Dean Smith couldn’t get this group to work either.

The biggest problem we have with sacking Dean Smith is that it will be Webber, who himself is unsackable, who decides his replacement.

I can only plead that we appoint someone who will go through this squad without mercy. I’ve loved watching Hanley and Pukki, and I’ve no doubt that Gibson, Hugill, and Hayden are important in the dressing room but drastic action is required this summer.

Maybe Placheta, Tzolis, Rashica, Gianoullis, Dowell, Cantwell, Sara, and McCallum will end up being top-level players but it looks unlikely that it’s going to be here at Norwich.

Therefore, in my opinion, the first thing we need is a hatchet man first who will get rid of the dead wood, so that any new manager will have some freedom to build his own squad to suit his own style.

Webber needs to start proving his worth by ripping up half the contracts he signed because if he doesn’t, any new manager is going to be flogging a dead horse.

Without a proper shake-up, our club is going back down a rabbit warren that was explicitly forecast 18-24 months ago, when it became clear Buendia and Skipp were leaving and we catastrophically failed to replace them

Unless these next few weeks are dealt with correctly, we should prepare to wave goodbye to our youngest and brightest for pennies to the pound and watch the club slump into short to mid-term obscurity.

Let’s hope, therefore, the big calls are made correctly.

I wish you all a very happy New Year.