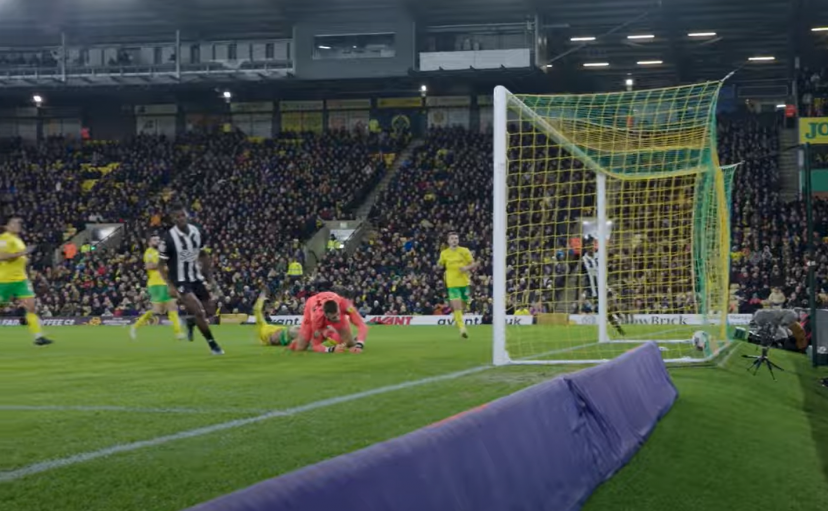 It’s hard to believe that it was only on New Year’s morning that my first article of 2023 included Reasons To Be Cheerful in the headline – and this was not merely an excuse to feature one of my favourite Ian Dury songs.

Fast forward exactly three days and I feel like we’re back to square one.

It was very kind of Watford Reserves to fulfil the fixture at short notice and their total of absentees hit the full baker’s dozen as Samuel Kalu, Keinan Davis and Christian Kabasele disappeared down the Carrow Road tunnel early doors with game-ending injuries.

This however counted for nothing as the intensity of the Watford press remained unfaltering. Their ability to seemingly turn 50-50 midfield duels into 60-40 ones in their favour was not due to any lack of endeavour on our part, it really wasn’t.

More damningly than any lack of effort, our downfall was brought about because of a major offset in physicality. How blunt do I need to be? Not one member of our midfield was able to stand toe to toe with any given Watford counterpart and there’s no way of sugar-coating that.

Would the much-maligned-in-certain-quarters Kenny McLean have made much of a difference in screening the back four as he did so effectively against Reading? Maybe, but we’ll never know.

Isaac Hayden perhaps? I think his lack of involvement under Allan Russell and Steve Weaver speaks volumes and, poor unfortunate soul that he is we really ought to send him back to the land of Andy Capp and Mark Knopfler [how’s that for an unlikely connection] before the month is out if we possibly can.

You know, value for money concerns and all that stuff that Stuart Webber*** is concerned about when he wishes to be.

It seems that Hayden [subbed on against Reading at 90+2] and the Mayor might well have been injury doubts on Monday. The latter we will see a lot more of but I have serious concerns about the former. Wiser people than me seem to think Webber was sold a pup in the first place with the whole Hayden deal, and we now learn he’s been managing that knee injury and has now had an op.

It’s always important to hear from the Man in the Stands, and the fallout from this latest farrago must prove to be no exception. Don Harold reckons:

“Things are rapidly entering the hopeless phase. The team gave everything they could, challenged for everything, and let the shell that remained of Watford’s first team know that they were there, but still only achieved the grand total of one attempt on target. We gave the ball away regularly as always, and Watford often carved through our blancmange midfield at will.

“It’s difficult to compare this team with the two previous promotion sides. The character that players like Stiepermann and Tettey brought hasn’t come close to being replaced. The shape, style and fitness of this team is a shadow of what went before. And we haven’t got five foot seven of Argentinian football heaven.

“I have no clue who the next boss will be. Aside from one good press conference, Russell and Weaver haven’t done enough to engender much confidence. One goal and one point from two home games doesn’t butter any parsnips and the style of play has been pretty chaotic. Russell has been set-piece coach all season (!) and both have been integral parts of Smith’s failure to get a tune out of this squad.

“It’s looking like we will have nothing more than mid-table mediocrity to look forward to for the next few months.”

With the Hadean-black humour of the longer-serving Canaries supporter coming to the fore, we are only five wins from safety!

This thought cheered me until one Bernard Owen Esq denied me even that crumb of comfort by highlighting the fact that we have won only three of our last 15 matches so Championship survival is by no means a given.

Well, we cannot completely discard any possibility right now I am afraid.

*** Many of us will have seen the Stuart Webber interview on Sky TV.

I’m keeping my take on what I saw and heard to myself for now [although my musical outro offers a clue, particularly to those readers who know me personally], but I’d love to hear from any of you who saw The Man With The Important Decision To Make in action. What was your view of proceedings?