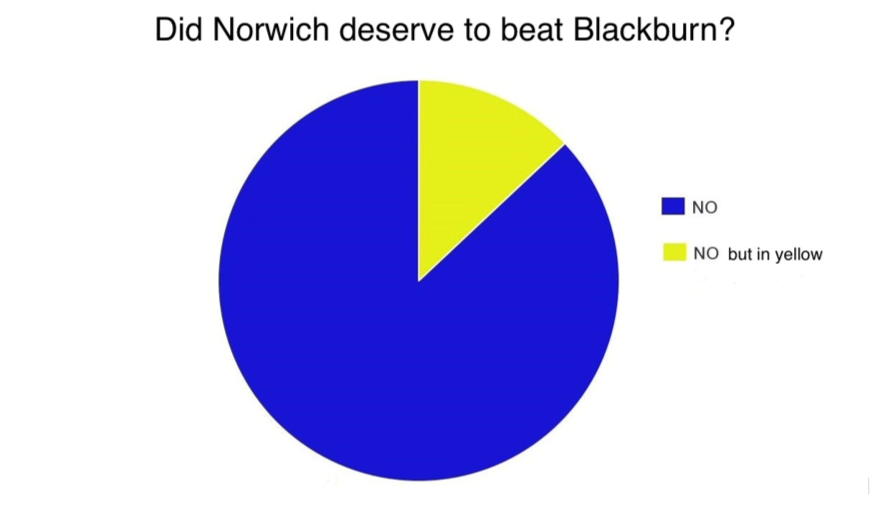 It was a typical New Year’s catch-up with mates in the pub. Tales of overindulgence, weight gain, and the annual competition to crown the most random Christmas present.

My son’s new STATSports tracker vest didn’t claim the dubious accolade, but once we got past the petty sports bra jibes, it did prompt a lengthy discussion on the use of data and analytics in football.

The discussion concluded with one of the group declaring, “the only numbers I care about, are the points and wins in the league table”.

Many would agree, but if it were true, we wouldn’t have seen the discontent during City’s long unbeaten run earlier this season.

Some fans, labelled doom-mongers at the time, looked past the positive results at the underlying performance. Early advocates that, “Dean Smith, your football is s**t”.

Data and analytics are designed to remove any such subjectivity and provide an unbiased, accurate representation of each match, team, and player performance.

As technology has improved and the field develops, the amount of data has increased enormously. Furthermore, there have been qualitative metrics introduced, alongside the quantitative data. Measures such as expected goals (xG) reflect the quality of chances created to supplement the total number of shots taken.

But it’s not without issues.

Firstly, it can be difficult to turn the wealth of available data into meaningful, actionable insight and support effective decision-making.

There’s also a natural temptation to go looking for data, which supports a particular narrative and use it to justify decisions, rather than inform them.

We’ve all heard managers cherry-pick the numbers they quote in press conferences, to defend a poor result, and present statistics without the full and proper context.

The recent 2-0 home defeat to Blackburn was an example.

Having been gifted an early lead, Blackburn employed a defensive block to protect their advantage, largely relying on counter-attacks. This resulted in a lower share of possession (37.72% overall) and an xG of 0.52. Norwich attempted 19 shots, compared to Blackburn’s 8 efforts, and finished with an xG of 1.44.

Out of possession, Blackburn pressed effectively in the middle of the pitch, closing City’s midfield outlets and restricting passing options. So, while City enjoyed more possession and out-passed Blackburn (475 – 331), the majority of passing links were created between Angus Gunn and the back four, as the graphic below shows.

The more pertinent, but damning statistic, was City’s inability to connect with passes in the attacking third, completing only 36 from 48. Blackburn’s defensive shape and pressing style effectively forced Norwich to take a high number of low-yield chances.

Despite Smith’s attempts to claim otherwise, the away team fully deserved the victory and were generally comfortable throughout.

All of this illustrates another challenge when using match data. It must be viewed collectively and pass the fundamental ‘eye-test’ i.e. does the data paint a picture that reflects what we saw from the sidelines?

Following the Blackburn game, Smith criticised the crowd’s adverse reaction to watching his back four play keep-ball with Angus and suggested that the hostile environment had an impact on the players’ performance.

While data can provide detail of each player’s physical outputs, it’s clearly a lot harder to measure their mindset. However, it is possible to compare performance data, across different phases of a match and in response to a changing scoreline.

During the recruitment process, analysts will review a player’s historical outputs across different scenarios as an indication of their temperament. Looking for a drop in intensity and outputs when their team concedes, for example.

As always, providing the right context behind the data is vital.

At a high level, City’s performance data over the course of this season doesn’t reflect the general air of negativity that has hung over parts of the club’s fanbase.

Although the wider context and reasons for the prevailing mood extend far beyond a misfiring team, as has been discussed many times.

Relative to the other Championship sides, Norwich appear to perform favourably across most possession and attacking metrics, although it’s notable that very few crosses are attempted. A lack of wingers in the playing squad, and Pukki’s natural attacking instincts and positioning perhaps.

The main issue appears to be out of possession.

PPDA (passes allowed per defensive action) is a measure of defensive pressure applied. It is the number of passes the opposition make before a defending player tackles, challenges, intercepts, or fouls. Fewer passes (and a low PPDA) tend to indicate a higher and more aggressive press, with City amongst the leading Championship teams.

As with any statistic, there are caveats. For example, an opposition team that is happy to concede possession and play quicker, more direct football, will naturally lead to a low PPDA.

However, when viewed alongside the relatively sub-par performance for both recoveries and high press success percentage, it suggests a disjointed press, where players are rapidly closing down individual opponents, without teammates supporting and restricting passing options. Possibly due to a lack of tactical awareness, cohesion and/or fitness.

A disorganised press is relatively easy to play through to create good quality chances, as indicated by Norwich’s performance in the opposition xG per shot measure.

Ultimately, data and analytics are a tool to support the coaching staff and help them understand how their team is performing.

It will be down to the new head coach to come up with a clear tactical plan, both in and out of possession, and ensure the team is fit enough, technically and tactically competent and sufficiently motivated to implement it.

Easier said than done, but get it right, and the statistics should look after themselves.

Including the all-important number of wins and league points.