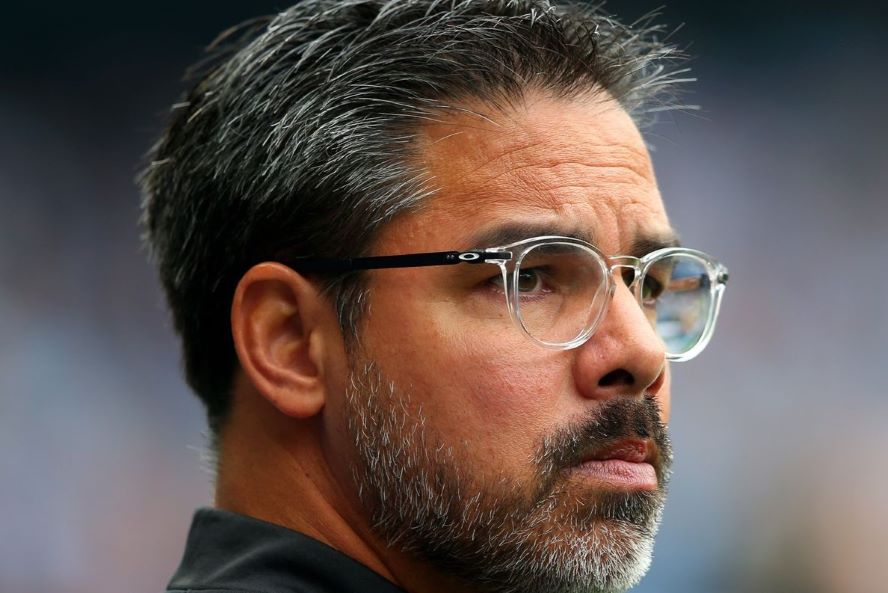 So, while it’s not yet official, the good folk of the EDP and Pink Un are reporting that David Wagner is now in Blighty and will be confirmed as our new head coach once that pesky paperwork has been completed – probably tomorrow.

And so, for me, that’s a strong enough signal to write a piece on the journey of the man who’s soon to be the 31st City manager of my lifetime (if you include those who held the fort temporarily, like Allan Russell).

So, in true This Is Your Life fashion (one for the kids), David Wagner was born in Frankfurt, West Germany on 19, October 1971. His biological father was Thai and his mother German, but before he was born his mother married an American national. He spent time in his youth living in the States – something that later enabled him to play for the USA national team.

I’ll skip the bit where he lived and breathed football as a child and practiced in the street until late at night to the point of exhaustion and where his feet were blistered because I can find no evidence of it. In fact, the internet offers not a single clue as to his life between birth and making his first-team debut for Eintracht Frankfurt.

Wikipedia does, however, reveal that his first-team career with his hometown club lasted just one game before he departed for FSV Mainz 05 where he spent four seasons playing in 2.Bundesliga and 2.Bundesliga South, scoring 19 goals in 94 games.

A very brief spell at Schalke 04 followed – more on them later – where he scored two goals in 29 games and was part of the squad that won the 1998 UEFA Cup, but his was predominantly the existence of a journeyman lower-league striker, and it took him to FC Gütersloh, Waldhof Mannheim, Darmstadt 1898, and TSG Weinheim before the boots were hung up in 2006, aged 35.

Along the way, he made a single appearance for Germany Under-21s but following a change in direction from the USA national team, he was one of several German-born players who were included in their squad in the mid-1990s. In a fairly undistinguished spell, he failed to score in eight appearances.

After initially training to be a teacher upon the cessation of his playing days, he was gradually drawn back to football and it was when he moved into full-time coaching that he reunited with Jürgen Klopp – a friendship forged during their playing days at Mainz and which saw Wagner act as Klopp’s best man at his wedding in 2005. Klopp is also godfather to one of Wagner’s two daughters.

Klopp has described their relationship as “In 1991, someone stuck us in a room together and that was the beginning of a life-long friendship!”

In describing his friend’s playing skills, Klopp displays a degree of tact not always evident in his dealings with the English press: “He was a big talent, but not every day. He was a very young player when he came from Eintracht Frankfurt to Mainz, a very skilled boy, very quick, a good striker.”

At Mainz, Klopp was swiftly elevated to the position of head coach while Wagner remained as part of his coaching team. The pair separated for three seasons when, in 2008, Klopp moved to be manager of Borussia Dortmund, but by 2011 they were working together again when Wagner took the role of Borussia Dortmund II manager – the club’s reserve team – the position later taken by Daniel Farke.

When Klopp left for the delights of Merseyside in 2015, there were rumours that Wagner would join him, but in October of that year he instead moved to Huddersfield – a move brokered, of course, by one Stuart Webber.

Unsurprisingly, the style of play that Wagner took with him was the ‘gegenpress’ – one developed by him and Klopp in their time as roommates when they would discuss their theories of football prior to either of them becoming coaches.

The first sight Huddersfield fans had of this brave new, high-pressing, relentless world came at Hillsborough on 21, November 2015 when their players spoke afterwards of burning lungs and their legs taking root.

Their then captain, Mark Hudson told The Times: “We blew up after 70 minutes, every one of us … we hit this wall and that was us done. It was everyone in the team — we flatlined. We were winning 1-0, Sheffield Wednesday scored, and we were finished.”

A week later they tried again. Same players. Same style. This time it was on home turf in full view of the Huddersfield faithful and, despite enjoying 75 percent of the possession against Aitor Karanka’s Middlesbrough, they lost 2-0.

But the method and the sheer effort weren’t lost on those in the stands that night. “The supporters gave us a standing ovation and that was a key moment,” said Wagner when looking back over his first full season in West Yorkshire.

Joining him in Huddersfield as his assistant was Christoph Bühler, who is reported to also be joining him here.

They finished his first Championship season in 19th, albeit with a squad not particularly well-equipped to play in the style that Wagner demanded.

During the 2016-17 season, armed with a newly-built squad that was equipped to go full gegenpress, they finished in fifth but achieved promotion via the playoffs courtesy of penalty shoot-out wins over Sheffield Wednesday in the semifinal and Reading at Wembley.

En route to promotion, they beat us twice – 2-1 at Carrow Road and 3-0 in Huddersfield.

But it was survival in their first season back in the top flight that was, without question, Wagner’s finest managerial achievement to date. Despite winning only one of their last ten games that season, the Terriers had enough points on the board to secure a hugely impressive 16th-place finish.

The 2018-19 season was, as you probably know, rather less successful. It was the type of Premier League season with which we’re all too familiar – 3 wins, 7 draws, 28 defeats. 20th place.

Wagner didn’t see out the season. He parted company with the Terriers on 14, January 2019 following a run of eight straight defeats and a draw. If anything, that dire record only served to highlight the miracle of 2017-18.

Wagner was only out of work for four months before the delights of Gelsenkirchen came calling. Unfortunately for him, Schalke 04 was, at that time, a basket case of a club and it was never destined to be the dream job it initially appeared.

Off-field strife made, eventually, for on-field catastrophe although this wasn’t evident when for two-thirds of the 2019-20 campaign they flirted with the European places.

Alas, the warning signs were there when they failed to register a single win in their final 16 games of the season – eventually finishing in 12th.

A win-less start to the 2020-21 campaign saw Wagner handed the German equivalent of his P45 on 27 September, although just three wins across that whole season, which ended in relegation, suggests the problems went well beyond the club’s head coach.

By July 2021 he was back in work, with Young Boys (of Bern) his new employer – a team that had won the previous three Swiss Super League titles. During that season he managed them in the Champions League, taking them through the qualifying rounds and to the group stages where they finished bottom but not before beating Manchester United 2-1 in Bern.

Unfortunately for Wagner, three titles had elevated expectations in Bern and a second place in the Super League was not deemed good enough for him to keep his job – especially as FC Zurich ended the season 15 points ahead of them.

And so it was to the football scrapheap that the German headed for the third time… until, for the second time, Stuart Webber came calling.

The next chapter awaits…