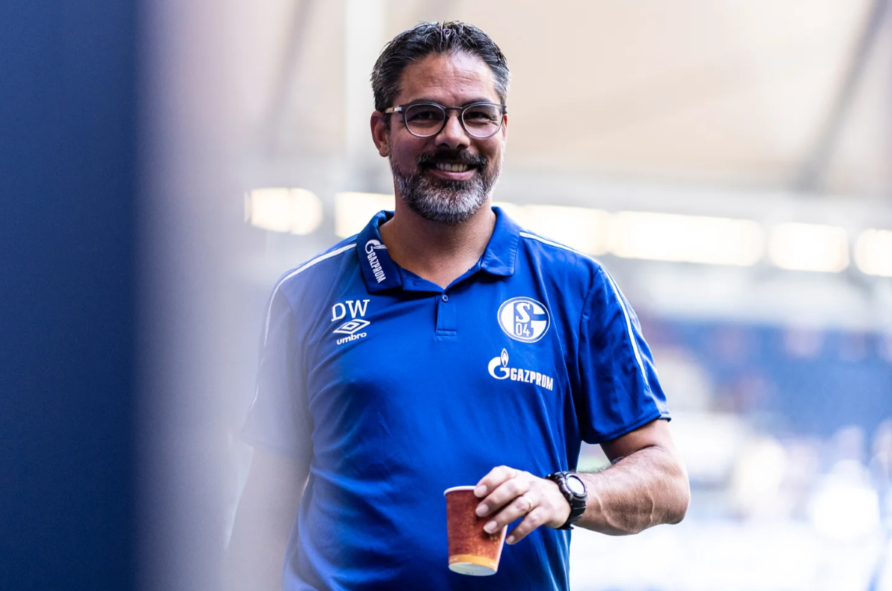 With the hunt for a new head coach to replace the belatedly-dismissed Dean Smith having finally reached something of a low-key conclusion, any hopes of much transfer activity this January are now even more misplaced, methinks.

So far young left-back Saxon Earley has been recalled from his loan at Stevenage specifically to be sold to Steve Schumacher’s Plymouth Argyle, where, as it stands, he will fall in behind Bali Mumba, who is currently on loan at Home Park from, er, Norwich City, in the left wing-back pecking order.

“Every time I put on the shirt – whether that is in training or the match – I’ll give everything I’ve got. I like to think I am a hard-working, 100% sort of player – I hope the fans agree! I’ll tackle, I’ll run, I’ll try my best for them.”

He sounds to me like just the sort of youngster we should be recruiting as we appear to be facing another season in the Championship.

Otherwise, Aaron Ramsey returns to Villa permanently for rehab as we receive the gift of Przemyslaw Placheta back from Birmingham for the same reason. Thanks, Aaron, you showed some very promising signs of becoming a top player in the not-too-distant future and I’m sure MFW readers will join me in wishing you well. As for PP, is there a player in there somewhere even now? We’ll have to wait and see.

That’s the news at the time of writing so let’s hear what the regular Posse members have to say about the topic:

“Well, the transfer window is now open and I expect Stuart Webber would be trying to offload some of our stars – if we had any!

“There have been rumours of a new signing, but they seem to have abated.

“I guess the $64,000 question is will Teemu Pukki want to have another chance in the PL? We’d have to wish him well if he is given the opportunity.

“I’d love to see Mumba return, but he seems to be doing very well at Plymouth.”

Alex B thinks this could turn into a last hurrah for Webber:

“If David Wagner turns out to be another dud the braying hoards around Carrow Road will turn on him at full volume and I’m not sure Zoe will be able to help him.

“The owners have had a cushy life. At no time have they received mass criticism. Yes, the media bashes them for self-funding but in general, they are looked at as the benevolent auntie. As with Webber that could all change with the wrong appointment.

“Like so many others, Saxon Earley could have had a future at City under a previous regime and I wish him all the best.

“We have players like Jordan Hugill, Tim Krul, and Milot Rashica that need to be sold albeit at a loss but creating a saving on wages. Christos Tzolis is still able [as in young enough – Martin] to turn his career around and several players are shortly to be out of contract so decisions need to be made on them.

“My concern is that after two seasons we are still looking for a new Olly Skipp and Emi Buendia while our present recruitment team seems unable to fulfill those requirements.”

Cutty is quite rightly not too optimistic either:

“Our immediate-need recruitment has been less than inspiring for the last three seasons and the EFL January sales are now on. Will we be selling a superstar or two to fill our depleted coffers? No! We don‘t have any, so no outgoings of any significance.

“Can we identify and tempt any players that will strengthen the squad enough to win promotion? Well, our recruitment strategy seems to be based on finding long-term investments, so something is badly wrong there and I don‘t see it changing any time soon.

“Equally important and part of the equation, what is our biggest need regarding players?

“Virtually every outfield position has caused problems, there are plenty of excuses, injuries, poor tactics, and square pegs in round holes blah de blah, all of which make it difficult to see where the odd one or two affordable new players would make a significant improvement.

“This is a sorry prognosis but I see little change on the recruitment front. However I hate to start the New Year on an unhappy note so to be upbeat I‘ll say a decent new coaching setup can and will get the existing squad firing on all cylinders and back to winning ways, but no promotion for us this season.”

“Norwich are sitting in 11th place as we enter the window and a team so short on confidence it’s embarrassing. Regarding inward transfers, it appears that the cupboard is bare and anything coming in has to be funded by outgoings.

“Todd Cantwell, Max Aarons, and Krul are the obvious ones, but whereas it might have taken £ 25 million to get them this time last year I fear a return of under £10 million if they all go. Rashica could perhaps make his Turkish sojourn permanent and thus return half of his cost.

“Even if £15 million is raised, how much would you trust Webber to buy wisely in a January window? Most of the good stuff will be beyond our budget but it might just be worth testing Plymouth’s resolve over Niall Ennis [no chance, it’d be Ginsters at dawn with their fans if they sold him – Martin].

“Quite how quickly one of the best squads in the Championship has imploded is of great concern, so David Wagner will be in a similar position to that of one Daniel Farke on his arrival. Can lightning strike twice?”

The conclusion from the five of us is that there may be a new jockey in the house but the horse is lame and will continue to be so while the current owners and trainers are in situ.

As always, never feel afraid to let us know what you think.