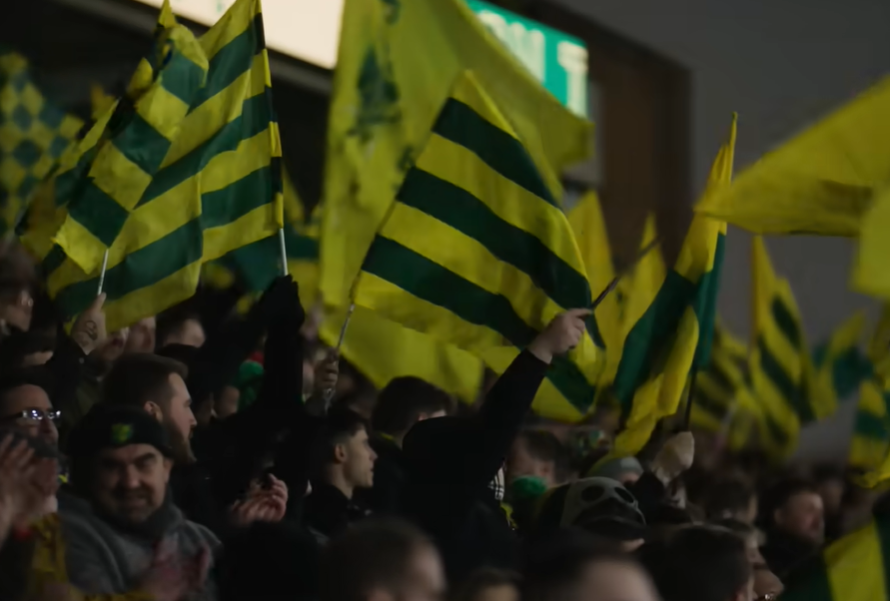 It’s hard to know where to begin. I mean, it is the FA Cup Third Round, which for some is the ‘best weekend of the season’, but for Norwich fans that’s been almost lost amid the hullabaloo of a new coach arriving.

It may have been the most dragged-out saga since Edward III first invaded Flanders in 1337, but after three-and-a-half days of waiting, David Wagner has finally been unveiled and we can try, at last, to move forward.

While it is understood he introduced himself to the good folk of Colney on Thursday, in terms of preparing the team to face Blackburn, it’s fair to say that Allan Russell and Steve Weaver have done most of the heavy lifting. Even to the extent, I’d imagine, of selecting the starting XI.

Given that Stuart Webber, in last week’s interview with Sky Sports, recognised the importance of this competition to the football club, I’d expect it to be a team that, while offering game time to those on the fringes, will still contain a fair sprinkling of regulars.

If, as a guide, we take the starting XI for City’s third-round tie with Charlton this weekend one year ago, it read…

In the end, most of those who were on the bench but considered ‘starters’ were given a game, with Aarons, Williams, Rashica, Pukki, and Idah all entering the fray at various points. For the record, they stunk The Valley out but won 1-0 thanks to a second-half Milot Rashica goal.

So, on a similar basis, it would be no surprise to see Tim Krul, Andrew Omobamidele, Jordan Hugill, Dimi Giannoulis, Onel Hernandez, Kieran Dowell, and even Todd Cantwell get starts on Sunday but with a strong bench available for Warner to call upon.

What I do know, speaking as a fan, is that a run in this competition would be a massive fillip to this Club right now.

At a time when the unity is fractured, nothing can excite and invigorate a football club like a bona fide FA Cup run, and by that I mean something that concludes with a quarter or semi-final. Last season’s journey took us to the fifth round, but when said tie was away at Anfield, it felt as though it effectively ended when that draw was made.

In 2019-20, when following that thrilling penalty shootout win at the Tottenham Hotspur Stadium in the fifth round, we were denied being part of a bouncing Carrow Road for a quarterfinal against Manchester United.

Instead, in the midst of the pandemic, the game was belatedly played in front of a spectator-less stadium – United eventually winning 2-1 after extra time.

Whether or not this group has the wherewithal or, indeed, the fitness to produce one, for now, remains an unknown but after having researched a piece on Wagner that highlighted just how super-fit he expects his players to be, there’s a voice in my ear screaming ‘no they haven’t!’

And, of course, our very recent history against Blackburn is not good, albeit I do expect the mood inside Carrow Road on Sunday to be rather less spiky than it was on December 17 when Dean Smith was only spared a shower of clappers because there were none handy.

I’d expect the atmosphere on Sunday to be rather more welcoming and buoyant as we look to create a good first impression on our new head coach, just as he will be keen to do the exact same for us.

While we always hope for ‘pulsating;, ‘raucous’ and ‘bouncing’, right now I’d take ‘convivial’ as long as it’s accompanied by the beat of that City Elite drum.

We’ll get there. Hopefully. And if you want to start feeling a tiny bit enthused again. I’d recommend spending 14 minutes of your time listening to Wagner chat with Darren Eadie.

In terms of the type of team Blackburn will field, they appear likely to make changes from the one that beat Cardiff 1-0 on New Year’s Day.

Quote from Rovers’ manager Jon Dahl Tomasson: “We’ve been stretched in recent weeks and I will rotate players and give opportunities to others to impress … we want to keep everyone on their toes and keep everyone up to speed.”

Either way, it will be a Blackburn team full of confidence. Now up to third in the Championship and with a recent Carrow Road win already tucked up their sleeve, they’ll not be the slightest bit fazed by a new face in the City dugout.

Another big question, I guess, is how full (or empty) will Carrow Road be.

Prior to the sacking of Dean Smith, I’d have put good money on it being akin to the aforementioned quarter-final with Manchester United in June 2020, with an atmosphere to match, but the David Wagner factor will have elevated the numbers and the mood.

With the Club sensibly pitching tickets at £10 and a cursory glance at the ticket office site revealing only ‘limited availability’ in the South Stand, City Stand, and Lower Barclay, it looks like there will be more than enough there to make a racket if there’s something to get excited about.

So, over to you David … no pressure.