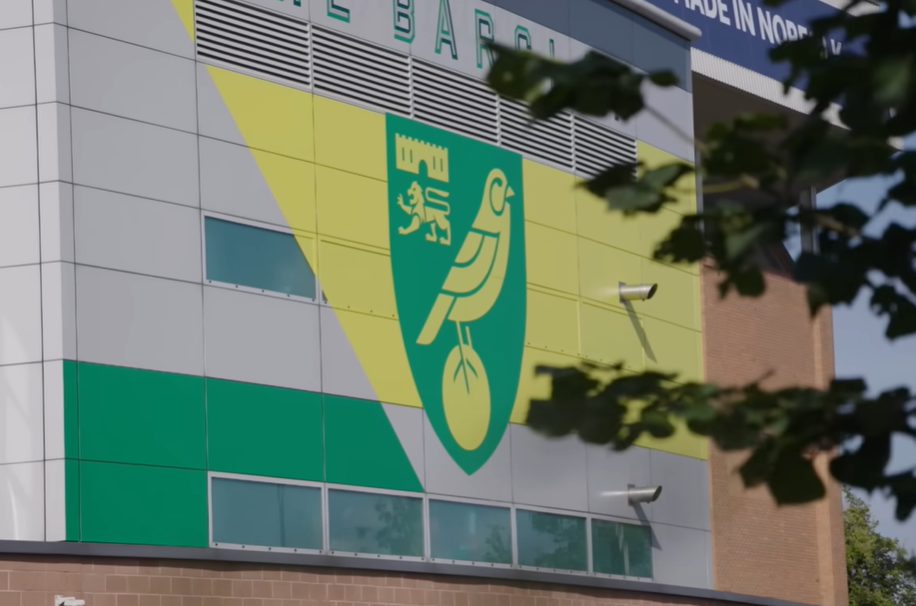 Back in the day, when I had a mortgage to service and a couple of dependent youngsters to keep warm, clean and healthy, going to work was a necessity.

Always being lucky in that respect, I enjoyed myself at work more than was really strictly allowable. Once or twice I had a little bit too much fun but more often than not I got away with it.

If something grabs me by the throat and enthuses, me such as football in general and NCFC in particular, or following my favourite bands, I have always done everything in my power to indulge myself to the hilt, filling my size nines at every opportunity.

I’ve never really thought of myself as a responsibility shirker in terms of either the commercial world or 99% legal hedonism, but I’m at the point where I’m pleased to have an unshakeable reason, let alone excuse, for not being able to attend games at Carrow Road any more beyond – and even this is a maybe – once in a blue moon.

Like, I guess, many of us who have lived our lives somewhat recklessly, the middle of the candle is on its last cohesive legs and my supporting career in an active sense has come to an end at what most would describe as “a very interesting time”.

Not one that I mind missing out on too much though – although watching a slow, strangled revolution unfold would have been a first for me.

James’s match report and Gary’s sobering piece on the aftermath of David Wagner’s first outing as our head coach set out the stall for the rest of the season and it’s going to be a fight, no doubt about it.

From my perspective, based on reports from friends and extended match highlights, it is true that “football can be weird … and we have to hope for something extraordinary to occur” as Gary put it but I don’t think we’re in the “late push for the playoffs” category.

Far from it in my view as wherever you look, there is turmoil, never better illustrated than by the sight of Grant Hanley on Sunday with the ball at his feet and facing his own keeper.

There is just so much work to do everywhere and the lot at the top have had 13 months to sort it out.

They’re not going to achieve much between now and the first Saturday in May, are they?

I doubt we’ll reach the nadir of a relegation shoot-out with, at this stage, I’d guess Rotherham, Wigan, Blackpool and Huddersfield. We are too good to go down aren’t we? 🙂

Realistically, we are not beyond hope of showing some improvements on the pitch and it is not unreasonable to expect that we will at least see Wagner draw his lines in the Colney sand in terms of stamina, general fitness and what for most of us is the most discussion-worthy topic of all – who should stay and who should go.

Minus the professional skills of a Stewart Lewis, I am unable to dip into the world of polling but vibes coming from the Canary community would seem to suggest that we are not equipped for evolution – so revolution it must be.

This will obviously mean a cull and while the highly likely departures of the great servants that have been Tim Krul and especially Teemu Pukki will be greeted with heartfelt thanks and more than a tinge of regret, I am really not so positive about most of the others.

You, dear reader, tell me how people will react to the probable departures of these folks and others of their ilk if you will. A sea change is on its way but events of this magnitude take time to enact so we will all have to be patient, a virtue which is slowly but surely becoming eroded from the traditional make-up of the long-suffering “$hit happens” Norwich fan.

The Academy may currently be witnessing a lull in breakthroughs but the youth is certainly coming through off the pitch – those that can be bothered to stay with us, of course.

They won’t stand for what my generation, all those above it, and the one immediately beneath it has put up with. Teenagers often get accused of showing a universal lack of respect but some, and I stress some, of it is justified and realistic – especially when it comes to those manifestations of authority that I heartily dislike myself.

When Nick Cave spoke of Kicking Against the Pricks in the mid-1980s it either resonated with you or it didn’t. Or you remain unaware of the album, its origins, and its social significance in certain circles to this day. As a call to arms, it’s up there with Strummer’s The Future is Unwritten, anyway.

Give it a decade or so and the New Footy Order will be marching right up the stairs.

Crushing realism emanated from the man in the stands Don H as well:

“Nine days, three games at Carrow Road, two defeats, one goal. As a Norwich fan, I know that there are going to be bleak times, but I didn’t expect this season to provide so many.

“We probably deserved to win the game. We spent pretty much all the second half in and around the Blackburn penalty area. There were plenty of shooting opportunities, but several players took three or four touches rather than one or two before shooting and the chances were gone. We had 20 corners; if only we had a set-piece coach!

“I don’t think many fans will have learned anything from this game but I’m sure the new head coach did!”

It’s definitely going to be one of those rocky rides from here and now until the end of the season.

Stuart Webber might gain from watching this. It’s professionalism in action and exciting to watch as well: