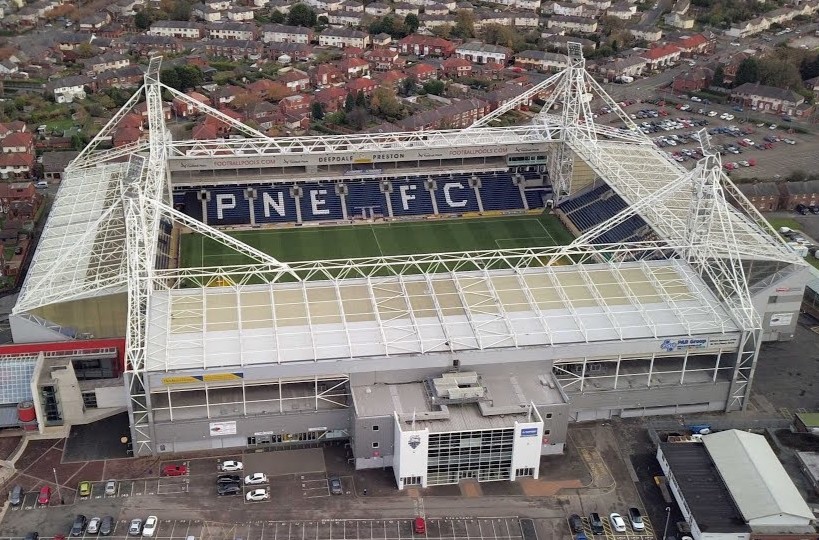 After a home defeat to Blackburn Rovers in the FA Cup in his first competitive game, Wagner will be desperate to begin his league campaign in a more positive fashion, with the underlying hope of using a victory as a springboard for a mid-season playoff push.

This fixture also will provide City fans with a real opportunity to see what a possible Wagner side will look like in the long run. While still in its infancy, the German will have had the luxury of a full week of training (including double sessions – Ed) to continue to implement his values and systems on the squad.

We saw glimpses in the defeat to Blackburn of a higher pressing and attacking side, but once again due to the context of only having a quick turnover and a single training session, these new ideas were only seen in short bursts and often with a lack of conviction.

The pressing, for example, was often played through by the visitors due to a lack of natural collective cohesion. Combined with the staggering 26 shots and 20 corners, the lack of conviction was seen via only four of the 26 shots being on target.

One player who looks certain to not be involved is Todd Cantwell. Since the opening of the January transfer window the Dereham-born attacking midfielder has been linked with a move away from the club, with Rangers reportedly interested in acquiring his services.

Gers’ boss Michael Beale was recently quoted in a post-match press conference saying he thought, ‘he (Cantwell) would go on and have a fantastic career. He had that at the start and he is maybe just looking for a move to re-ignite it but I think he is a fantastic player at a good age.’

It’s also been widely reported that Norwich have already rejected a bid for Cantwell from an unnamed Championship club, but with Jon Dahl Tomasson’s Blackburn Rovers rumoured to be that club.

This has now been confirmed in Wagner’s pre-match press conference, stating the 24-year-old is not part of the plans moving forward and is currently in the process of speaking to clubs.

Focusing back on the hosts, Preston currently sit one place and one point ahead of the Canaries in the table. However, Ryan Lowe’s men head into this fixture after having lost three of their last five in the league, but, equally, have won their last two – beating former Canaries’ Alex Neil’s Stoke City in the league and then Mark Fotheringham’s Huddersfield Town in the FA Cup.

Despite losing star striker Emil Riis to a season-ending anterior cruciate ligament injury, the Lilywhites have reinforced in that area, acquiring the services of young duo Tom Cannon on loan from Everton, as well as Liam Delap on loan from Manchester City.

Naturally, with the arrival of two younger players on loan and off the back of two good results there will be buoyancy at Deepdale, and it’ll prove vital that Norwich try to manage the early exchanges well and try to gain some control of proceedings early doors.

That may prove difficult however given the fact that North End shot stopper Freddie Woodman has the joint most clean sheets in the league so far this season (12), alongside Simon Wilson of Coventry City.

Which makes the next question all the more poignant – who does David Wagner start up front to try and make sure that doesn’t become 13 for the hosts?

As revealed earlier in the week, Wagner doesn’t see Josh Sargent as a winger, essentially leaving him with four options down the middle with Teemu Pukki, Josh Sargent, Adam Idah and Jordan Hugill.

However, it wouldn’t surprise me if that were to be three come the end of January, with Hugill looking nailed on to exit the club this window.

I would assume that, once again, Wagner will go with the ever-present Pukki in this situation, but with the high energy and high-tempo pressing game that he wants to instill, Sargent may be the man to lead that charge forward. Another clearer option could be to go with both of them and allow them to work off each other.

The latter point was confirmed in his press conference ahead of the match, stating ‘two will start and one will be on the bench’. A nice bit of clarity early on.

Other important snippets from the press conference revealed that both Ben Gibson and Sam Byram will be out for this fixture, the latter picking up another hamstring injury, leaving him out for 6-8 weeks.

While possibly sounding overly dramatic, this feels like we’re heading into must-win territory now. We desperately need to see an upturn in collective and individual performances, as three wins in 16 is not good enough for this group of players.

And while Wagner’s appointment has somewhat rejuvenated the fan base with his positive and assuring messages in these early days, it only really counts for anything if we see an upturn in performances and, most importantly, results on the pitch.