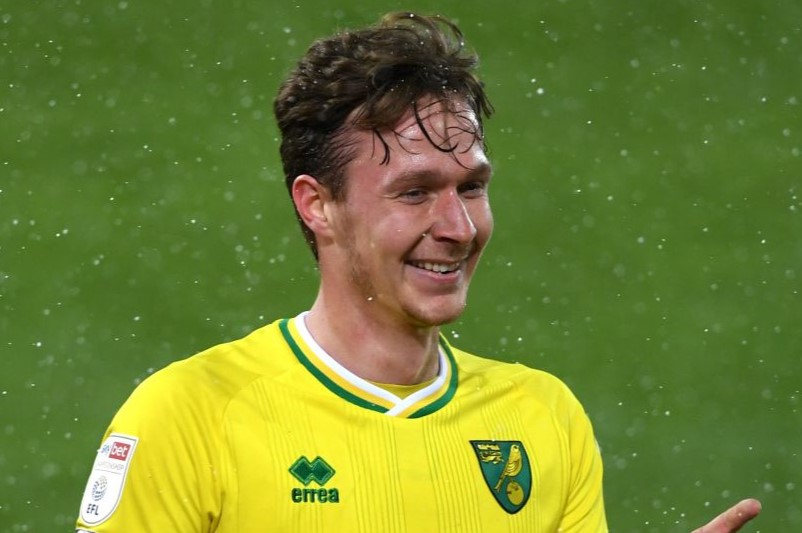 This time next week a small contingent of Norwich players of a certain heritage will be looking forward to Burns Night in order to celebrate the life of what many consider to be Scotland’s greatest-ever poet, Robert Burns.

Known as Rabbie to those from north of the border, Burns is honoured with his own valedictory night every January 25th and you can be sure that Grant Hanley, Kenny McLean, and young goalkeeper Archie Mair will be well aware of the significance of the evening. So will Angus Gunn of course, even if he has yet to decide whether to declare his allegiance to the land of his father Bryan or the land of St George football-wise – he was born in Norwich.

Burns was verging on the unique in that he wrote in the Scottish vernacular, or rather a watered-down version of it that was understood all over the UK and also in Europe. His works seemed to fit in with a mild communist ideology [if you didn’t look too closely] and were extraordinarily popular in Russia when he was alive and continue to be so to this very day. He has many aficionados in the USA and Canada too; mainly the revolutionary types of course.

His best-known works that even Sassenachs are familiar with would be Auld Lang Syne of Hogmanay fame and the poem To a Mouse, which features an introductory line that we all at least subconsciously know and that many of us can comprehend without the gift of Google:

This mouse had every reason to panic as a clumsy farmer [very probably Burns himself] had just accidentally ruined its nest with a ploughshare.

Rabbie Burns knew nothing of football and never visited the City of Norwich, but had he been one of our grand in the stand at Deepdale on Saturday [yes, 1,000 supporters made the gruelling journey] he would have discovered that his mouse was nowhere to be seen and nor were any of its characteristics.

Take a couple of dodgy pass-outs from the restored Tim Krul and there was not an element of panic in sight. There were no gifts from the defence for at least one afternoon this season and the shop was well and truly shut.

Cowering, timorous? Us? You’re having a laugh mate. I’m still not sure quite how David Wagner did it but we fielded a total of 16 lads out there who were full of confidence and full of themselves too if you like.

This is the same squad [plus Gabriel Sara and Marcelino Nunez] that Dean Smith had at his disposal for 14 months and he was never remotely able to get a tune out of them like this.

We were sleekit all right, as in the Georgian era Scottish meaning of smooth, sleek and endearingly crafty too. This century we could use the word to mean graceful and savvy, which is a fine combination for a football team to sport in shedloads.

We were knocking the ball around with joie de vivre, and for once that clinical edge was well and truly there with a brace of razor-sharp finishes from both Teemu Pukki and Kieran Dowell***.

The third goal was arguably the best of the lot, with Pukki making buffoons of two Preston defenders and keeper Freddie Woodman in one fell swoop before rolling the ball across to Dowell to nonchalantly roll into an empty net from near the penalty spot.

Manager Ryan Lowe did the equivalent of admitting he had got his starting set-up wrong seconds after this goal by hooking Ben Woodburn and Ali McCann for Liam Delap and Alvaro Fernandez after just 29 minutes.

After the break, an end-to-end contest was the order of the day and featured good chances for both sides, with the recalled Krul making a couple of good saves after the break before Fernandez might well have ended up wishing he had stayed on the bench as he was seriously embarrassed by Pukki for his second and City’s fourth. Smith’s Norwich would doubtless have conceded at least one *to give Preston a chance*.

I know it was never like that in reality but it sure did feel like it sometimes. We won’t face a side quite as poor as Preston were on the day in every match and I would exhort each and every one of us to enjoy each ebullient performance as it comes.

Enjoy the win, enjoy the fluidity of the football and enjoy the way nobody appeared to have a bad game. And, of course, hope for more of the same at Coventry on Saturday.

Other things on view to appreciate, in no particular order, included Kenny McLean’s best performance of the season in a position that obviously suits him.

The delight exhibited through the body language of Dimi Giannoulis and particularly Max Aarons as the Smith-era shackles were taken off them.

Onel Hernandez enjoying some defending as much as bursting forward in the usual Onel way, as in: “you go ball, I’ll follow you” and seeing every single one of the substitutions being made with a clear purpose that you could observe from the verandah of Mrs Miggins’ tea shop.

Last week I wrote of an upcoming sea change. The first waves of this quite literally appeared when the squad went over to thank the travelling Yellows while Wagner remained slightly in the background and let everybody enjoy their collective moment.

Who knows, the players might all arrive together at Carrow Road on a team coach before the Birmingham game and give the youngsters a few precious moments to grab a precious autograph. Oh hang on, we did that against Blackburn in the Cup last Sunday and I forgot to mention it at the time. 😀

*** It was a close call whether to dedicate this to the whole playing staff or one individual but shock and awe wins the day.

This is all yours, Kieran mate: