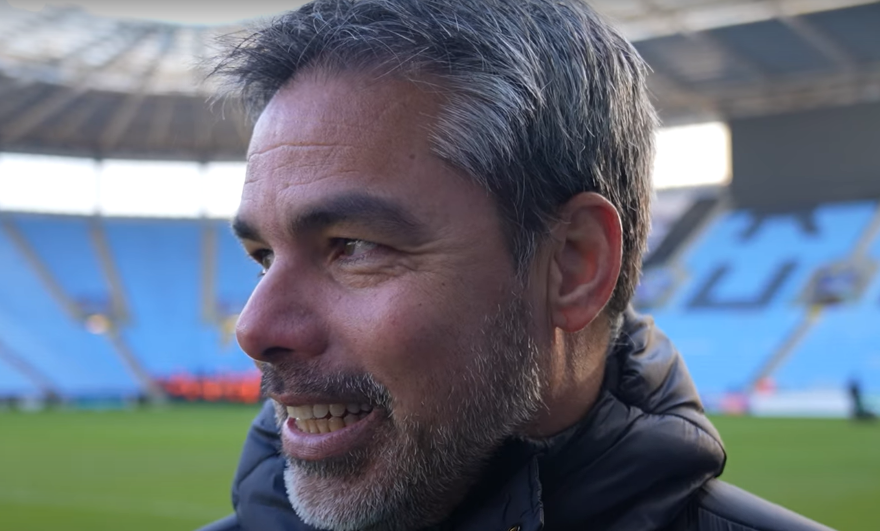 I have rotten memories of Coventry (a). Long story, but in the 1970s I had an uncle who lived in Warwick and was a Cov season ticket-holder, so Dad and I would stay over and go to the games. Five times we made the trip; five times we watched the Canaries stink Highfield Road out.

We never just lost. We bombed. Every time.

So it’s a fixture of which I’m very wary. Subsequent wins, at either Highfield Road or the Ricoh/CBS Arena, have been achieved without my presence. So, just as well I didn’t make the trip yesterday.

Even prior to yesterday’s game, with the rest of Y’Army buzzing and/or cock-a-hoop, I had a horrible, niggling feeling that Mark Robins’ men would burst our pleasant little bubble.

I saw my dad yesterday morning – it was his 88th birthday – and told him of my fears and why. He told me, in his own inimitable way, that I was talking nonsense (he didn’t use ‘nonsense’) and that what happened nearly half a century ago would have no bearing on what was soon to unfold.

He did also say he’d take a draw.

How wrong we both were.

Prior to the arrival of David Wagner, not once had we scored four in a game this season. Not once under Dean Smith did we score four goals full stop. And now we’ve done it twice on consecutive Saturdays. Both away.

While Wagner has now set the bar ridiculously high and there’s no way this run can continue at this level, the transformation in a group of players who looked jaded and directionless has been astounding.

This is how Smith wanted them to play but it felt like he was a million miles away from getting them to do so. It’s taken Wagner two-and-a-bit weeks.

Who knows where this will end.

Realistically the best we can hope for is a place in the playoffs – such was the damage done by not waving goodbye to Smith during the World Cup break – and the phrase ‘lottery of the playoffs’ is a phrase for a reason, but that’s for next week and beyond. In the here and now, supporting Norwich is fun again.

The sight and sound of mutual respect between players, coaching team, and supporters at the end of the game for the second week running was confirmation of that.

For 14 months it was joyless. Now we can smile again.

There was even a sense of relief upon hearing Wagner call out the players for that harum-scarum first half that, had it seeped into the second, could have seen the game finish 6-6 or something ridiculous.

For the second week running… all the big calls were the right calls.

And the flowing football is back. The second goal, had it not been for Onel’s scruffy finish, could quite easily have been mistaken for one of a 2018-19 vintage with a move involving Aarons, Leitner, Vrancic, Pukki and finished by Stiepermann.

There is still work to be done of course – this lot were a total shambles three weeks ago let’s not forget – and that lack of control in the first half when, at 3-0, they decided to turn it into a slug-fest has to be addressed.

So too some of that ponderous defending and loose passing in dangerous areas. But I detect a sense that they now believe they can outscore opponents regardless of any disasters that may be occurring in our defensive third.

They won’t of course – Burnley may beg to differ for starters – but as mindsets go, there are worse ones to have when you’re gearing yourself up for a promotion charge.

But yesterday wasn’t just about winning 4-2. In fact, in some ways that was the least significant part of the afternoon.

It was also about remembering a fearless little girl who lost her courageous battle with a brain tumour just over one week ago, and who was our Fan of the Season.

That Amber Sheehy’s parents were there to witness that moving applause in the eighth minute from both sets of fans and were comforted at the end by Tim Krul and Josh Sargent was a reminder of what’s important and also of the power of football.

And the sight of the players being pictured in front of the away fans and holding aloft an ‘Amber’s Army’ shirt was a fitting end to an afternoon that, we hope, will bring some comfort to Amber’s parents.

Rest in peace, little lady. That one was for you.