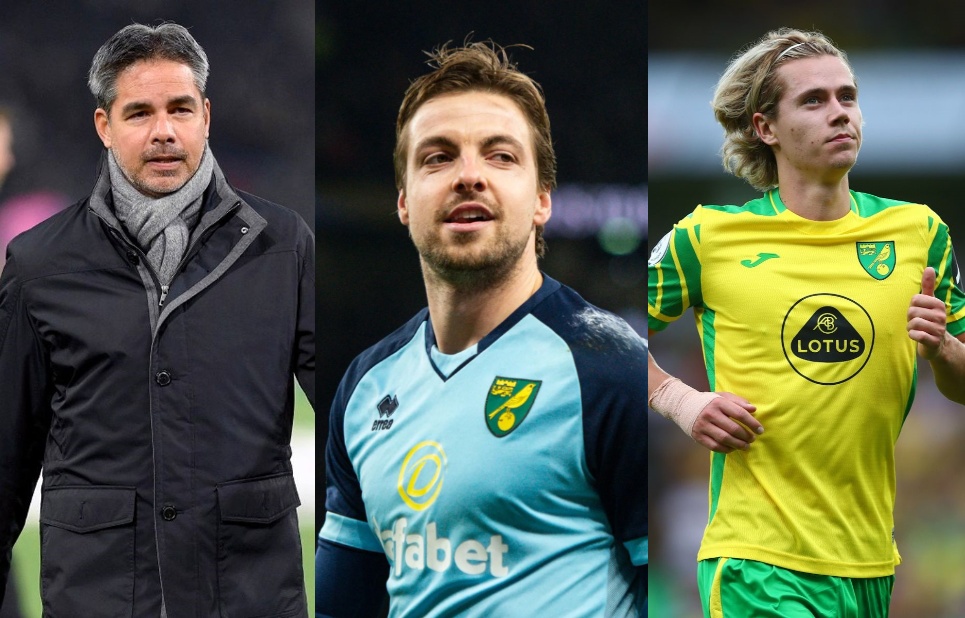 As the Mackems inflicted a 2-0 defeat on Middlesbrough at the Stadium of Light yesterday, Norwich City rose to the dizzy heights of fifth in the Championship table, exactly where they were on November 12 when everybody who is anybody downed tools for the World Cup break.

Then we were ten points behind Sheffield United in the second automatic spot and now we are 15 adrift of the Blades. To all readers out there who are thinking: “he’s going to ponder what might that gap be if we had got David Wagner in then instead of waiting until mid-January” you are right but I am going to leave it at that as I promised last week not to hark back to the Dark Days of Deano, and I will at least try to stick to my word.

My in-match mailbox brimmed over at half-time with sometimes crude terminology for “helter skelter”, “breathless”, “will we get a rugby score” and criticism of Tim Krul’s distribution from my friends.

The tone changed during the second half during the finest 45 minutes I can remember from a Norwich City side in many a moon, if not only because we put all our heart-stopping moments in a package between the 82nd and 85th minutes with a catalogue of errors, including poor passes across our box, playing tiki-taka on our own goal line close to the area and involving Krul in the process when Row Z would have been a safer option.

Otherwise, we were like a well-oiled Maybach engine, sapping the strength and, ultimately, belief from a brave but limited Coventry side who ostensibly cannot afford the key injuries they are suffering from.

Some of the interchanges and sweeping crossfield balls were exquisite to watch, although the pick of this particular crop occurred in the first half for Sarge’s goal, a superb team effort highlighting how effective building from the back can be when the trap is sprung at the right moment.

To say that the Sky studio team of Keith Andrews and the excellent Jobi McAnuff were impressed with us would be an understatement and both praised David Wagner to the hilt, seemingly suggesting he might even be some kind of faith healer with what he has achieved in such a short time.***

The truth turned out to be a little more pragmatic than that, as Wagner himself explained afterwards:

“But more important is not to show you are angry, more important is to show them solutions, how they can do things better and this is what we have done. This squad excites me. That is why I signed this contract. Eight goals [in two league games] is a good start, and I am happy with individual performances.

“At the moment the table is irrelevant. It is about us and how we perform.”

Opinion is divided on which is of the greater significance to us resulting from the postponement of the Birmingham game on Saturday: A full fortnight for  Wagner and his coaching team to work with the squad uninterrupted, or the loss of an immediate chance to put a demoralised Birmingham City side to the sword at Carrow Road at the earliest opportunity?

I’m firmly in favour of the extra coaching window. Birmingham are dung and still will be in just under a month.

At the final whistle, as we clinched our first double of the season, my mate Bernie messaged to say that just three weeks ago we might well have even lost that one to the Sky Blues. Fair point I’d say.

I have always felt that one spontaneous gesture is worth a dozen that are choreographed and the sight of our players making sure everybody was included in a very special photograph commemorating eight-year-old Amber Sheehy was heartwarming.

So was the way Tim Krul and Josh Sergeant shared a chat with Amber’s family after the picture and the manner in which Kieran Dowell and man of the match Onel Hernandez voiced their appreciation of Amber in their post-match pitchside interview.

And let us not forget all those wonderful Coventry fans who grasped the importance of the eighth-minute clap for Amber and joined in with us. Class.

The saga of Todd Cantwell and his imminent move to Rangers has seemingly gone on longer than that of Sir Gawain and the Green Knight. So riveting has it been that I think I am the first MFW scribe to even touch on the issue and I’m only mentioning it to make a general observation.

This extract from an interview with former Rangers, Celtic and Scotland striker Kenny Miller in the Daily Record recently offered an insight into thought processes north of the border. It’s as common-sensical and as straight down the line as you’d expect from Miller, but take note of the last sentence!

“Cantwell can be a top player. When he was 21, he was performing in the Premier League. But there’s a reason that Rangers are able to target him now.

“There’s a reason top-flight English clubs aren’t chasing him. It’s because he’s lost his way a bit. And crucially, he’s out of contract.

“So he’s fallen into a category where suddenly Rangers can get him. There hasn’t been a transfer fee mentioned around this deal because he’s out of contract in the summer. I suspect Rangers will pay a small fee now but Norwich will demand a big sell-on clause. It makes sense for both parties to structure the deal that way. Norwich know the boy’s got talent.

“And if he reproduces what he did in the Premier League a few years ago at Ibrox, big clubs will start looking at him again. Cantwell maybe just needs to go somewhere else, with a different stimulation. He’ll definitely get that as a Rangers player. Because the demands and expectations at Ibrox will be far greater than what he’s experienced at Norwich.”

*** Talking of Faith Healers, enjoy this. For those who know it, I realise it’s supposed to be about eight minutes long but this is the only live version I could find that didn’t sound like two skeletons dancing in a metal dustbin: